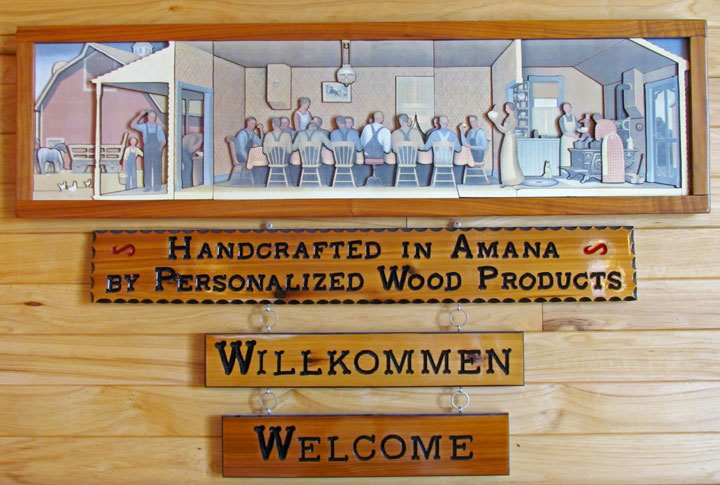 The Amana Colonies are a group of settlements of radical German Pietists in Iowa, USA, comprising seven villages. Calling themselves the Ebenezer Society or the Community of True Inspiration, die Gemeinde der wahren Inspiration, they first settled in New York state near Buffalo in what is now the Town of West Seneca. However, in order to live out their beliefs in more isolated surroundings they moved west to the rich soil of east-central Iowa (near present-day Iowa City) in 1855. They lived a communal life until the mid 1930s. Due to this, the Amanas are sometimes mistaken as Amish. 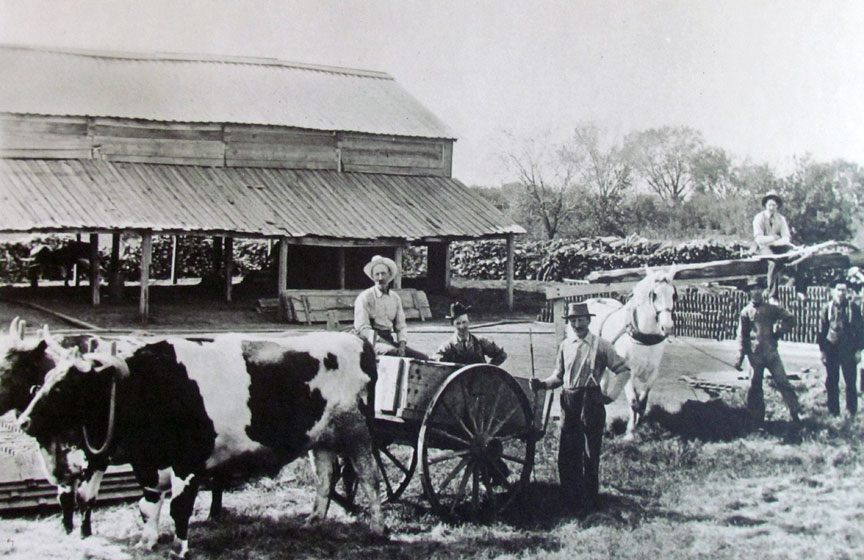 A striking feature of the Amana Colonies is that for eighty years they maintained an almost completely self-sufficient local economy, importing very little from the wider, industrializing U.S. economy, and at the same time the level of physical comfort, housing, possessions, education, and social and cultural amenities were comparable to that enjoyed by average middle class American office workers, factory workers, and tradesman of the time. The Amanians were able to achieve this independence and life style by adhering to the specialized handcrafts and farming occupations which they had brought with them from Germany. Master craftsmen passed on from one generation to the next, the knowledge, techniques, and skills of the artisan iron and copper smiths, woodwrights, weavers, shoemakers, cheese makers, etc., in the old fashion. They used hand, horse, wind, and water power, and lived a sustainable, pedestrian community life. 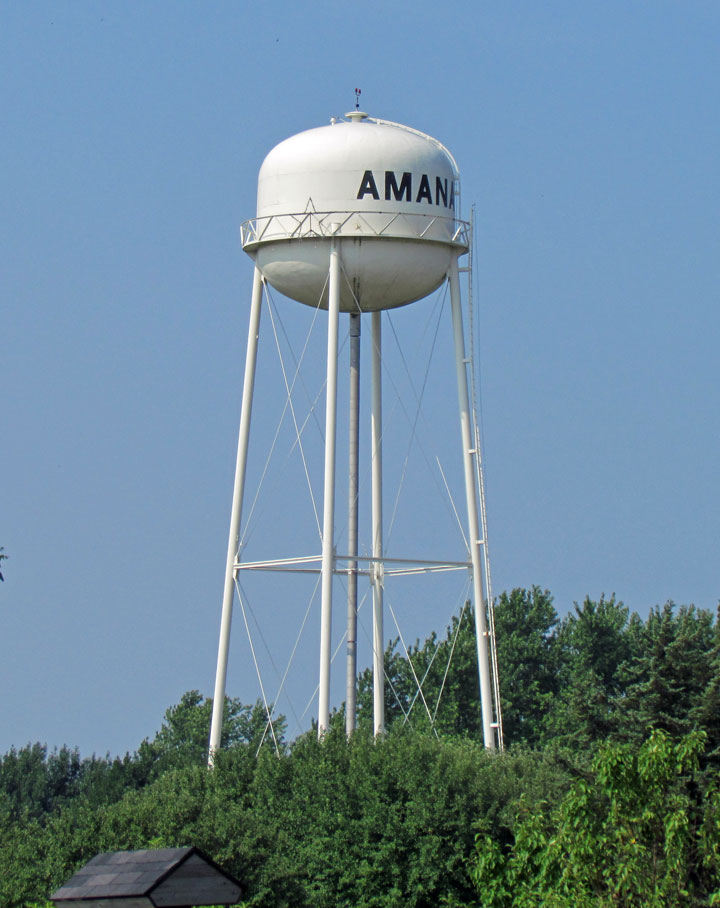 The Amanians were proud that they produced, right there in Amana and its surrounding villages and farms, everything they felt they needed for a good and honest life. "If we couldn't make it ourselves, we believed that we just didn't need it!" proclaims a smiling eighty-six year old woman, reminiscing about life in Amana, in the permanent video exhibit at the Amana Museum. 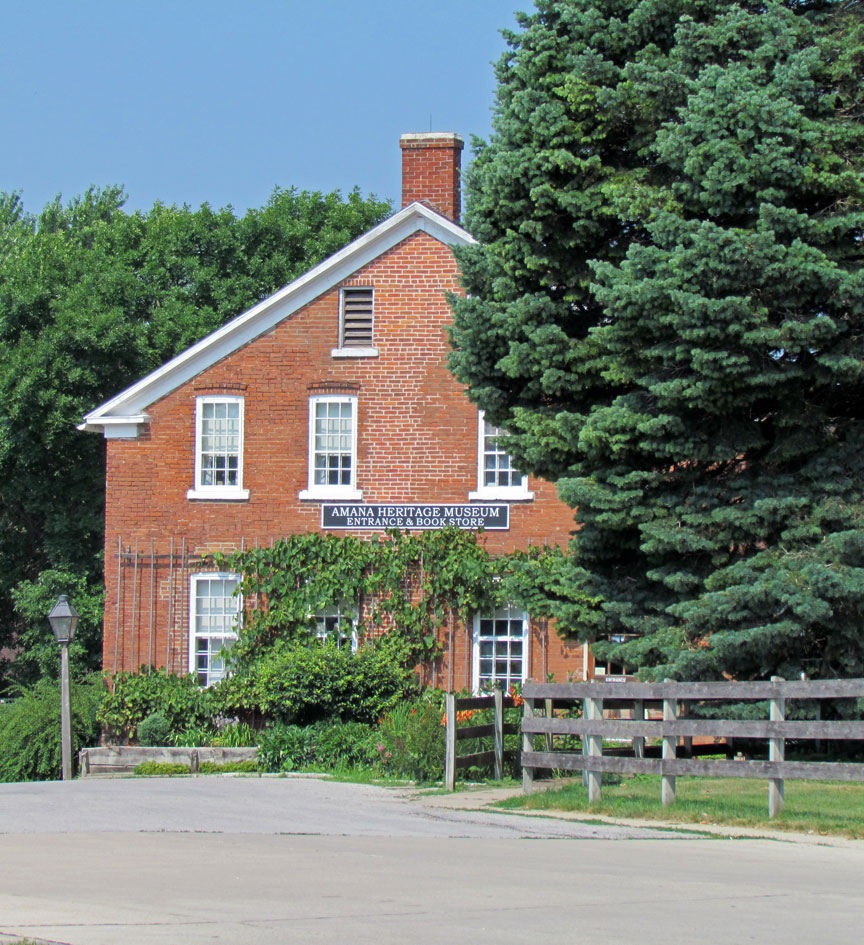 There were no middle-men or business executives in Amana. Its residents enjoyed the full fruits of their labors, locally. Until 1935, Amanians made their own furniture, clothes, blankets, dishes, utensils, childrens' toys, tools, candles, candy, etc., and made it well, as one can see in the extensive museum in Amana. Many of the things made during Amana's eighty years can still be found in antique shops in Amana and the eastern Iowa area; their current high prices reflect the durability, beauty, and individuality. 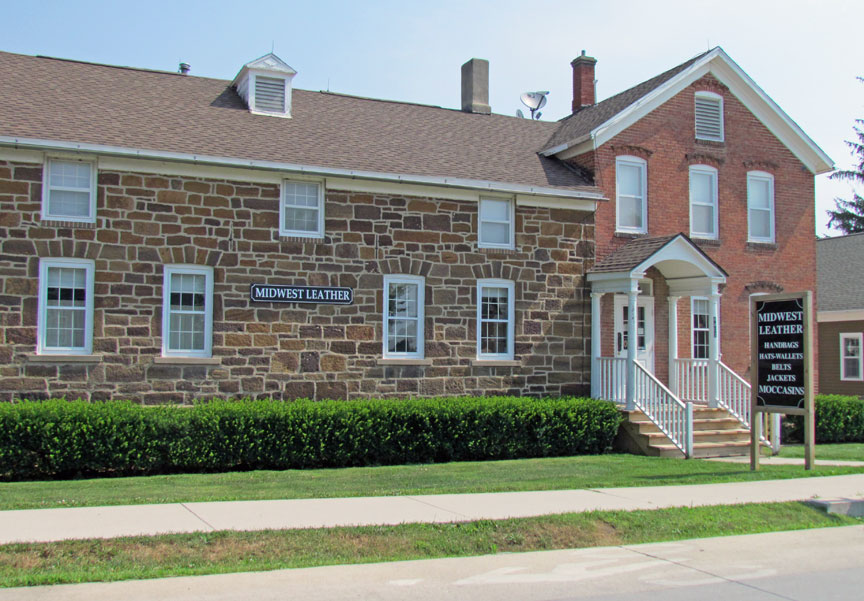 Today, Amana is a major tourist attraction known mainly for its restaurants and craft shops. Included in the shops are woodworking shops, wine shops, and even a brewery called Millstream. The colonies as a whole have been listed as a National Historic Landmark since 1965. 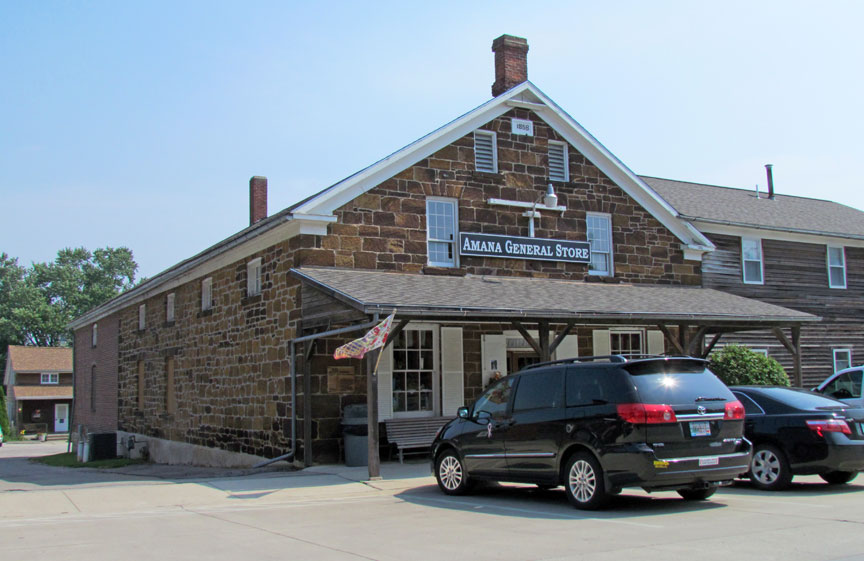 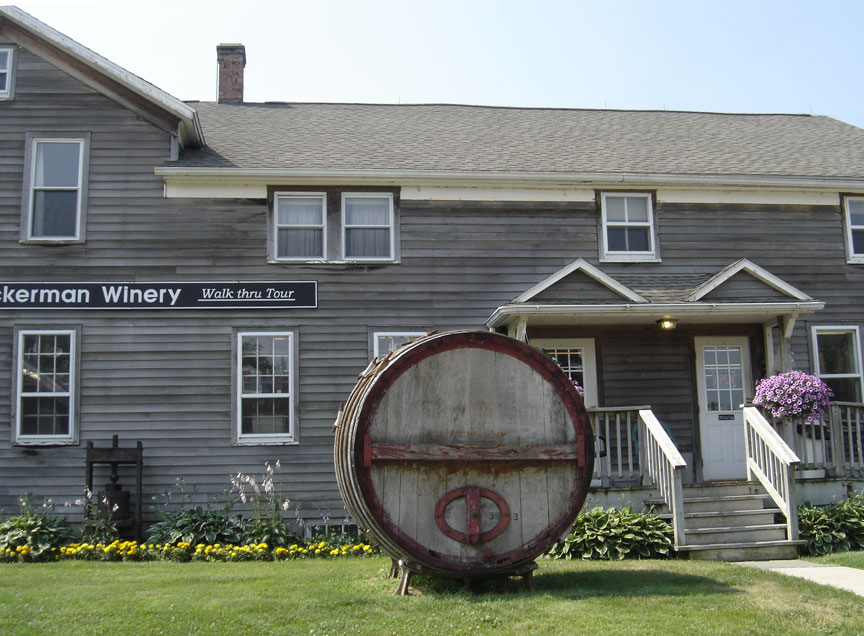 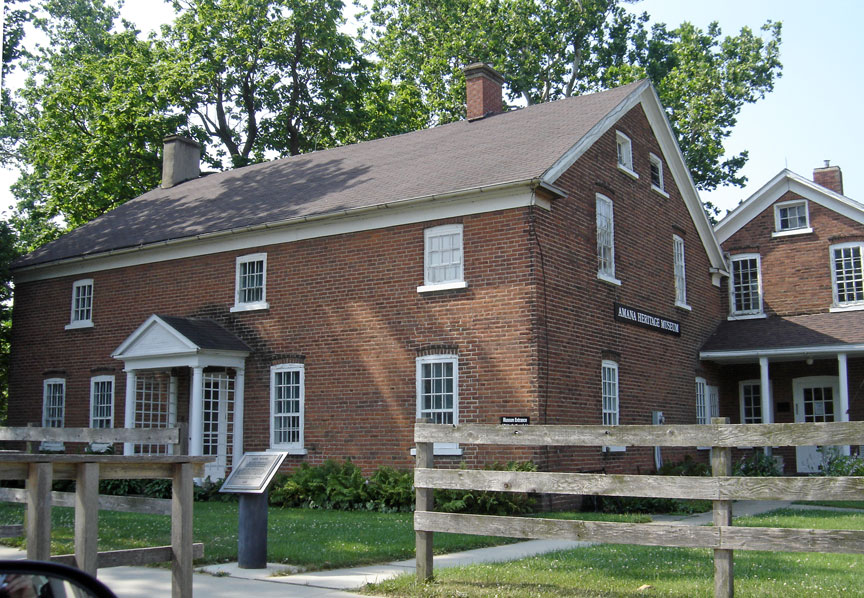 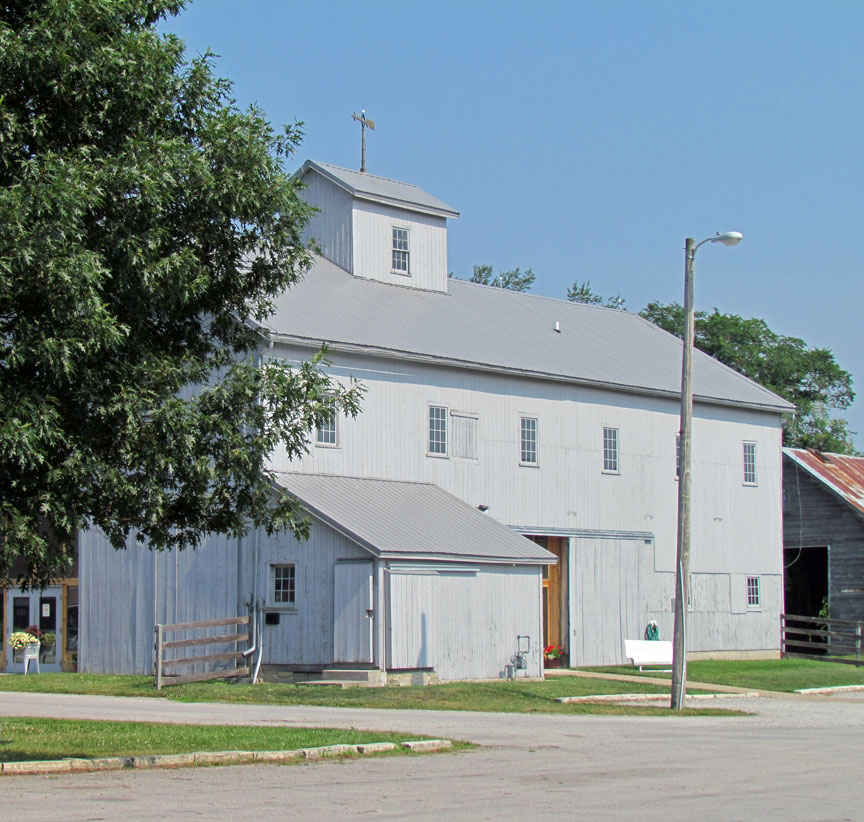 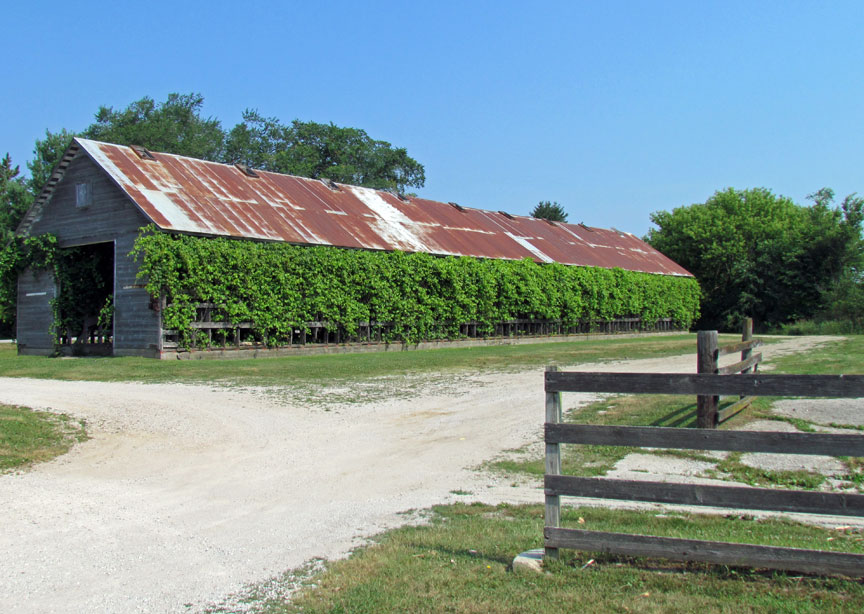 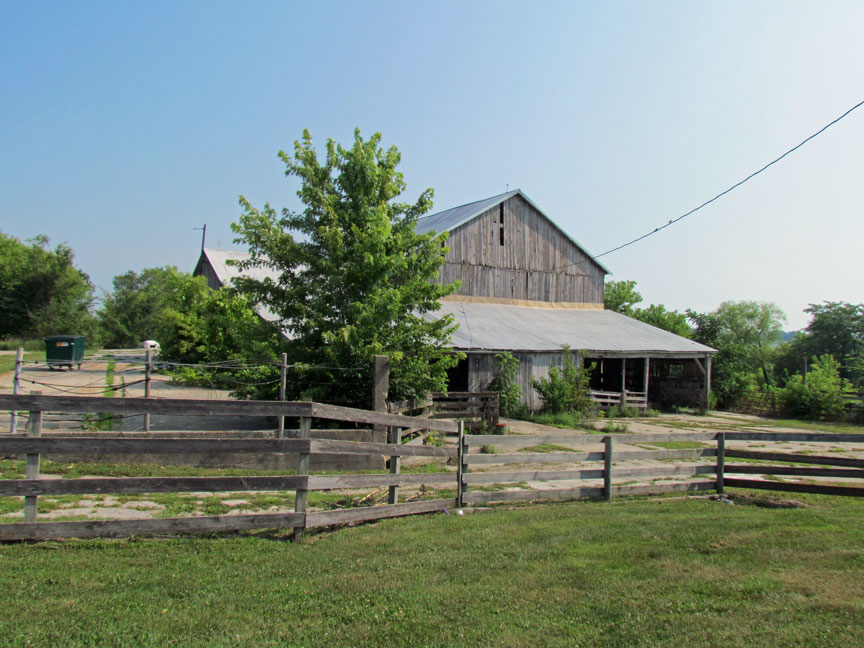 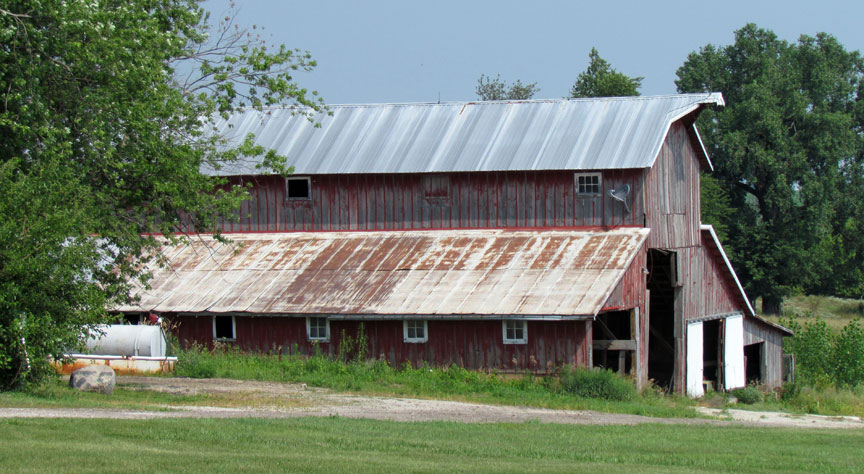 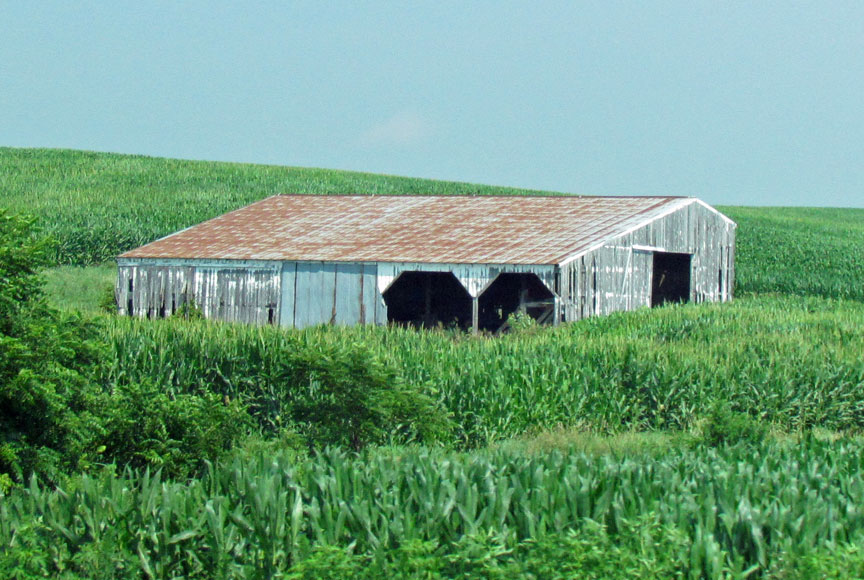 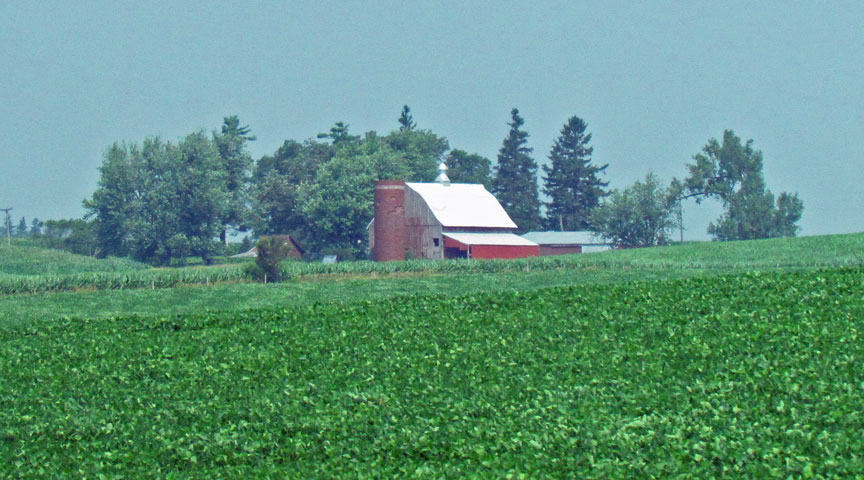