In May of 1850 Brevet Major Samuel Woods and the men of Company E of the Sixth United States Infantry disembarked the steamboat Highland Mary at Muscatine, Iowa. They had been dispatched from Fort Snelling, Minnesota to assist with the removal of the Meaquakie tribe to reservation lands and then travel overland to the Des Moines River and begin construction of a new military post. 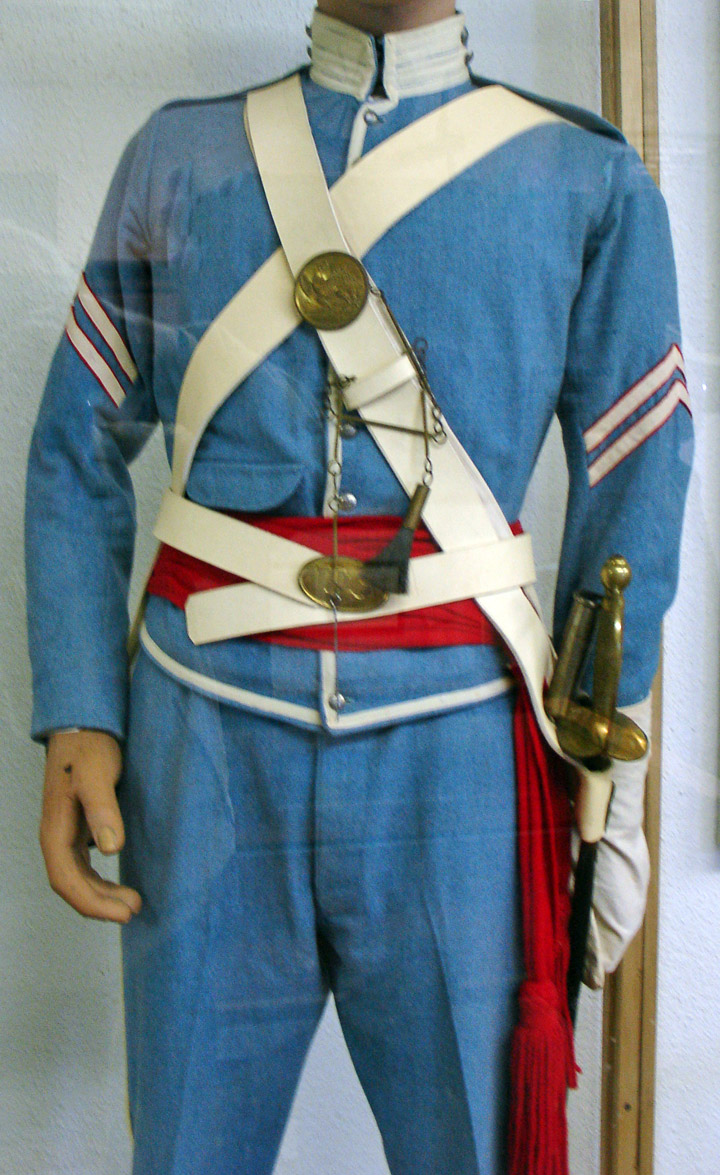 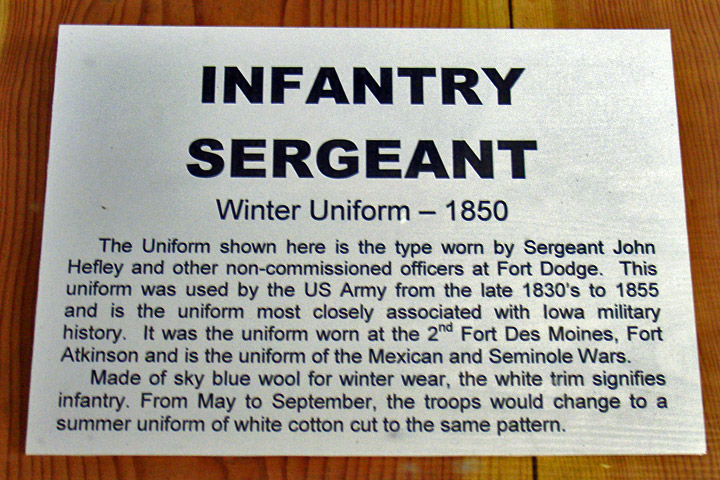 Arriving near the mouth of Lizard Creek in mid-summer, the troops pitched their tents on a table of ground overlooking the river valley. The site had many advantages to offer including good water, plentiful timber, the appearance of coal, and stone for building. From the beginning the officers foresaw the growth of a city and laid out the principal fort buildings in a line which could someday form a city street. 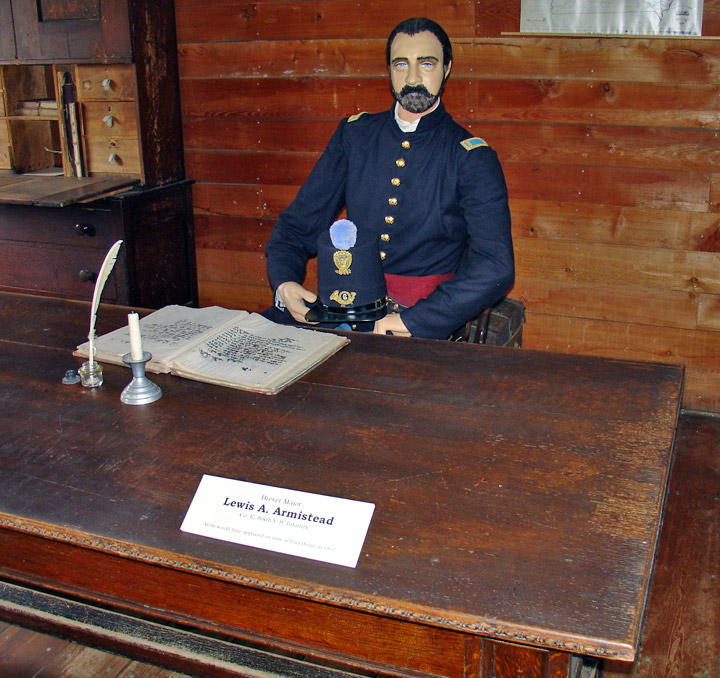 Brevet Major Lewis A. Armistead at the Fort 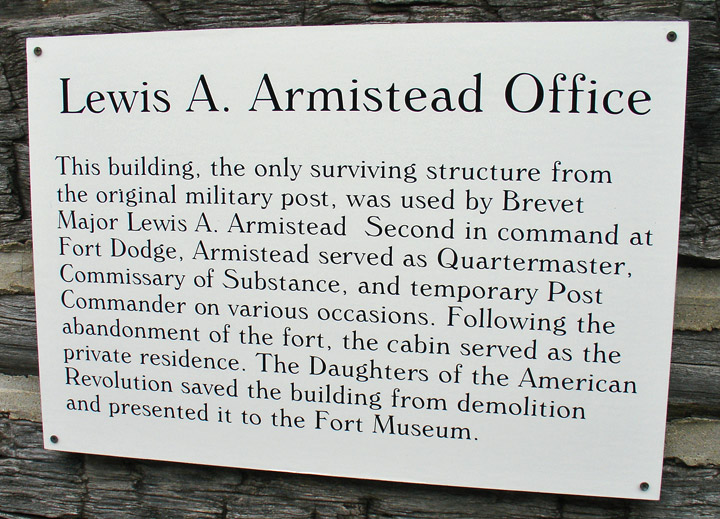 Under the direction of Brevet Major Lewis A. Armistead, who would later die a hero's death leading the last wave of Pickett's Charge at the Civil War Battle of Gettysburg, civilian laborers were brought in to facilitate the construction of the new fort. By November 12 buildings had been completed and the troops were able to strike their tents and move inside for the winter. Originally christened Fort Clarke, the spring of 1851 found 21 major buildings completed and a name change to Fort Dodge. 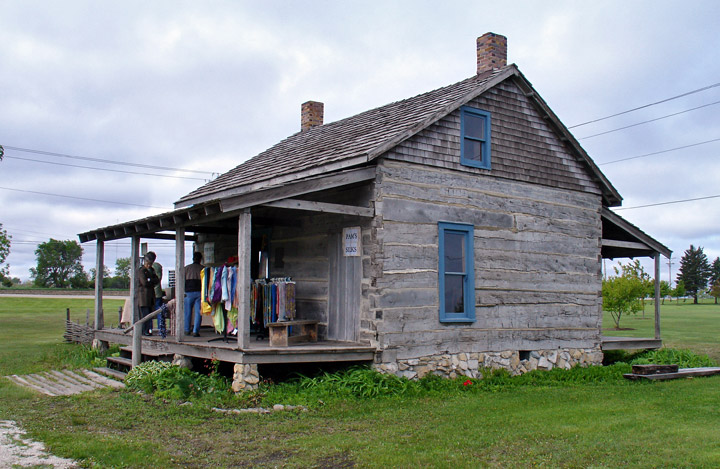 Life at the frontier post was anything but exciting. Aside from a few minor incidents with the native population, the troops spent most of their time on guard duty, tending the post gardens, and chasing down deserters and whites encroaching on Native American lands. The height of the California Gold Rush may have accounted for an amazing 33 desertions by soldiers in only 30 months of the post's existence. All this out of an average post strength of 90 men. 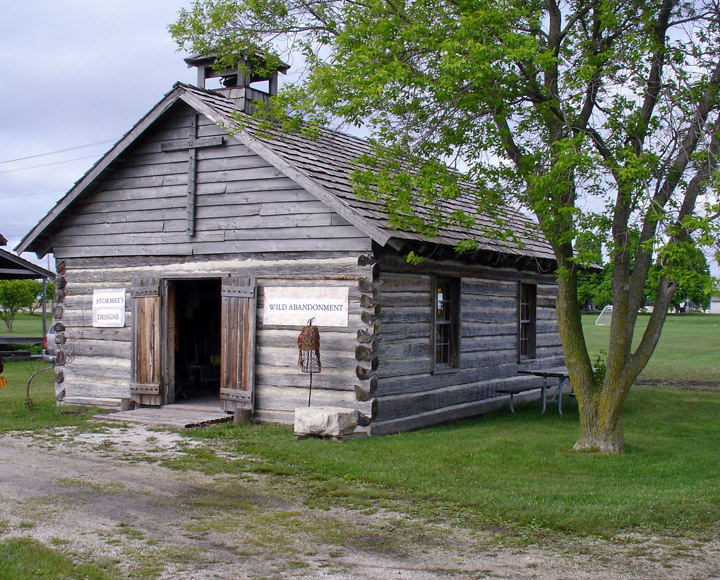 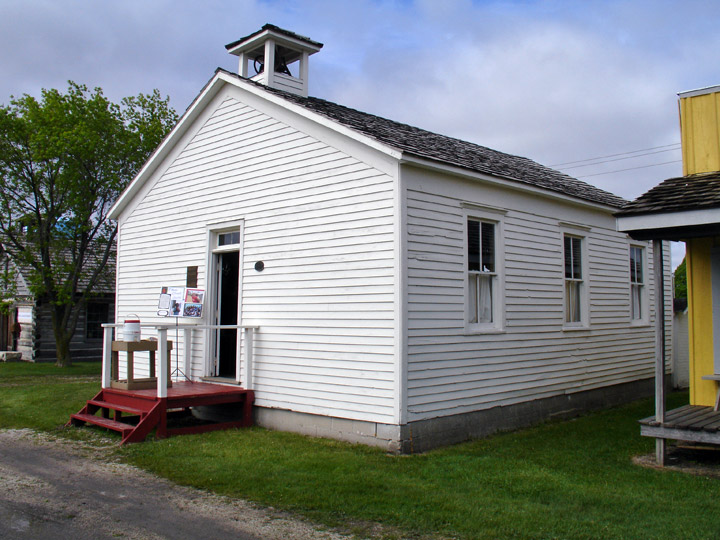 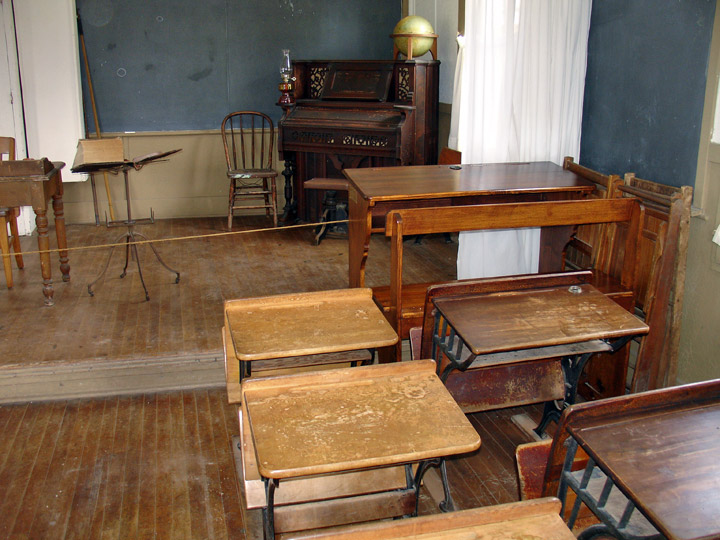 Spring of 1853 brought orders for Fort Dodge to be abandoned and the troops sent north to establish Fort Ridgely, Minnesota and deal with mounting problems with the Sioux. William Williams, the post Sutler or civilian storekeeper, purchased the military reservation and buildings and in March of 1854, platted the town of Fort Dodge. A bronze plaque in downtown Fort Dodge marks the site of the original fort. 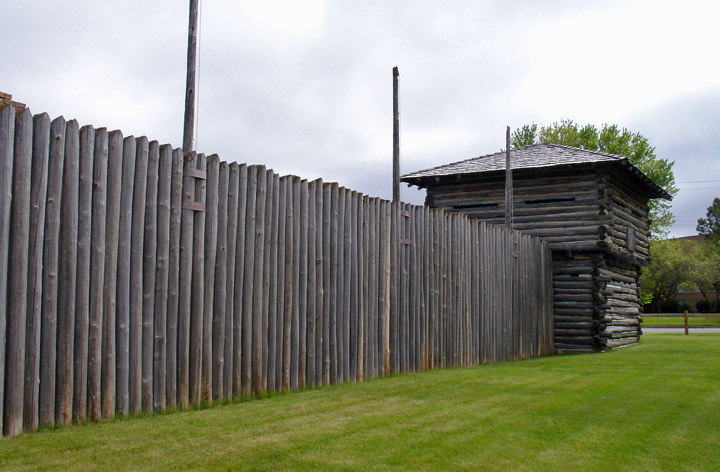 The Fort of Mr. Williams 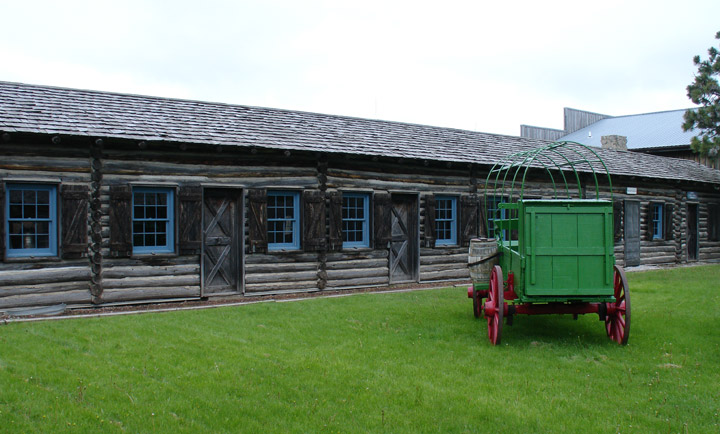 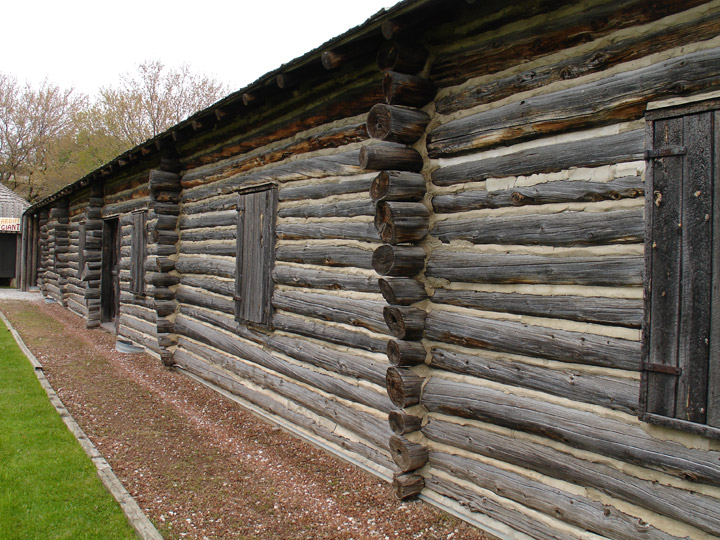 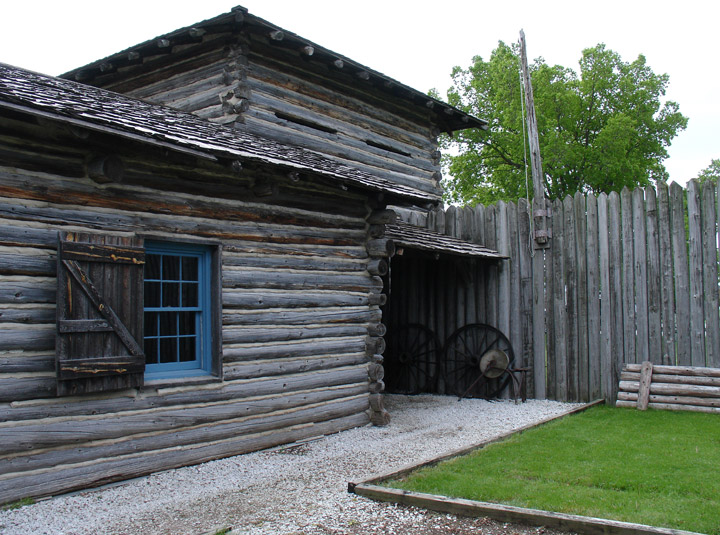 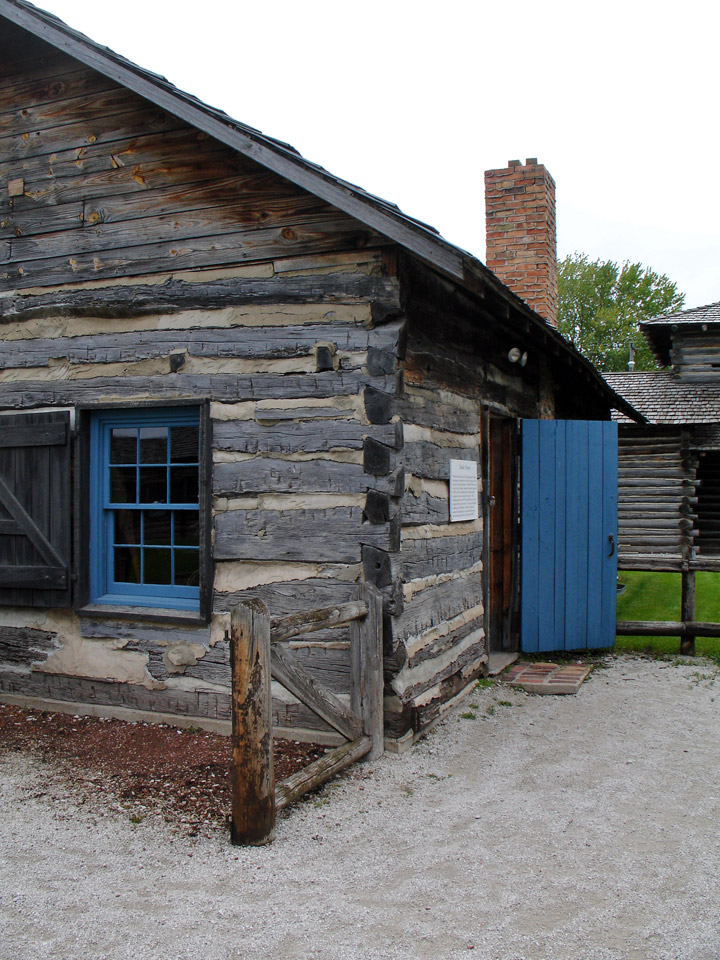 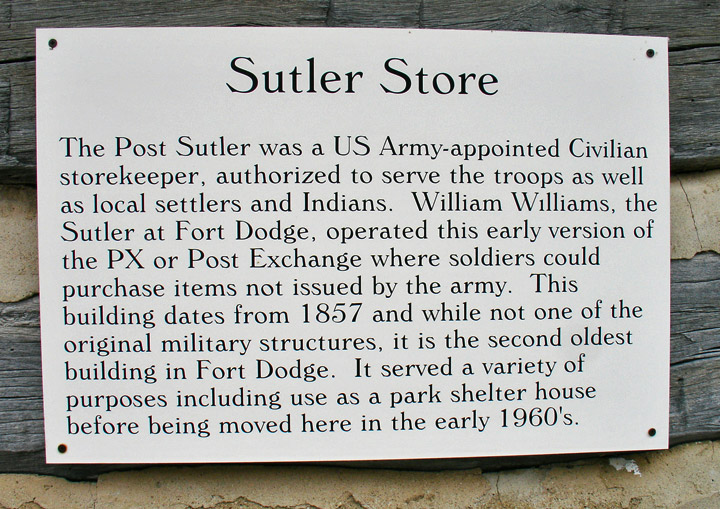 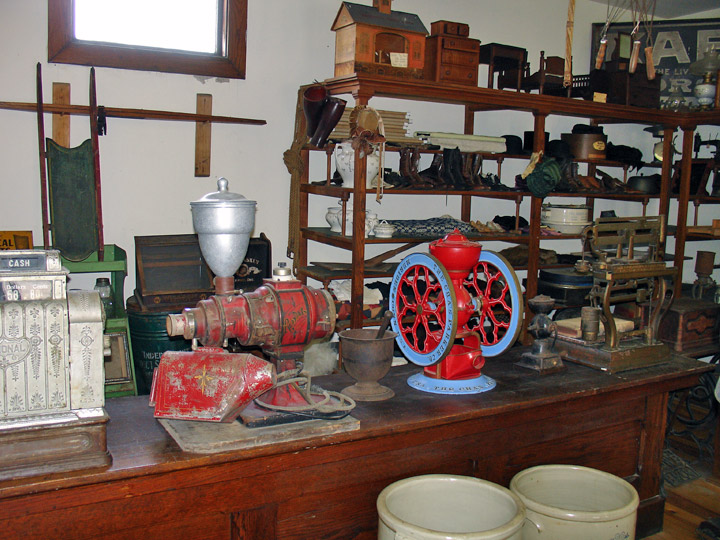 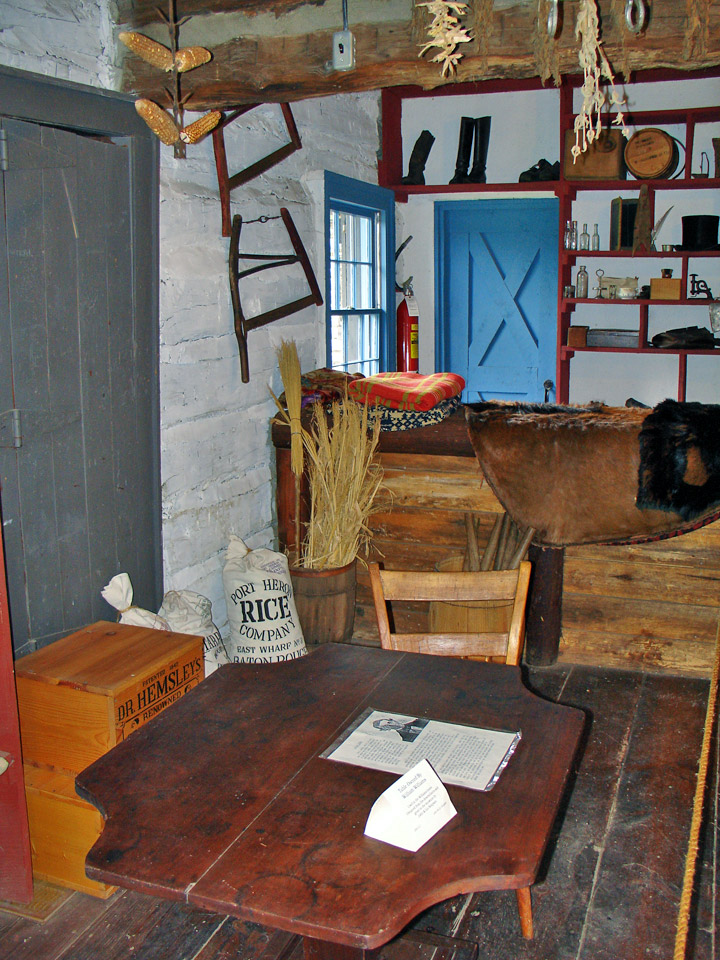 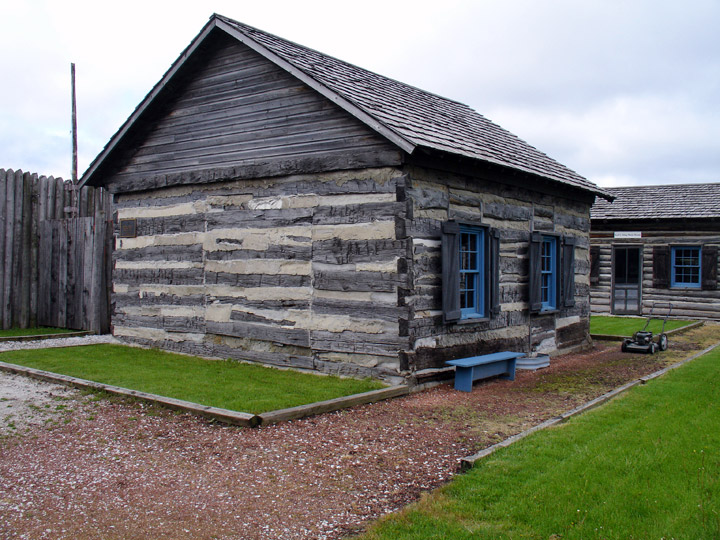 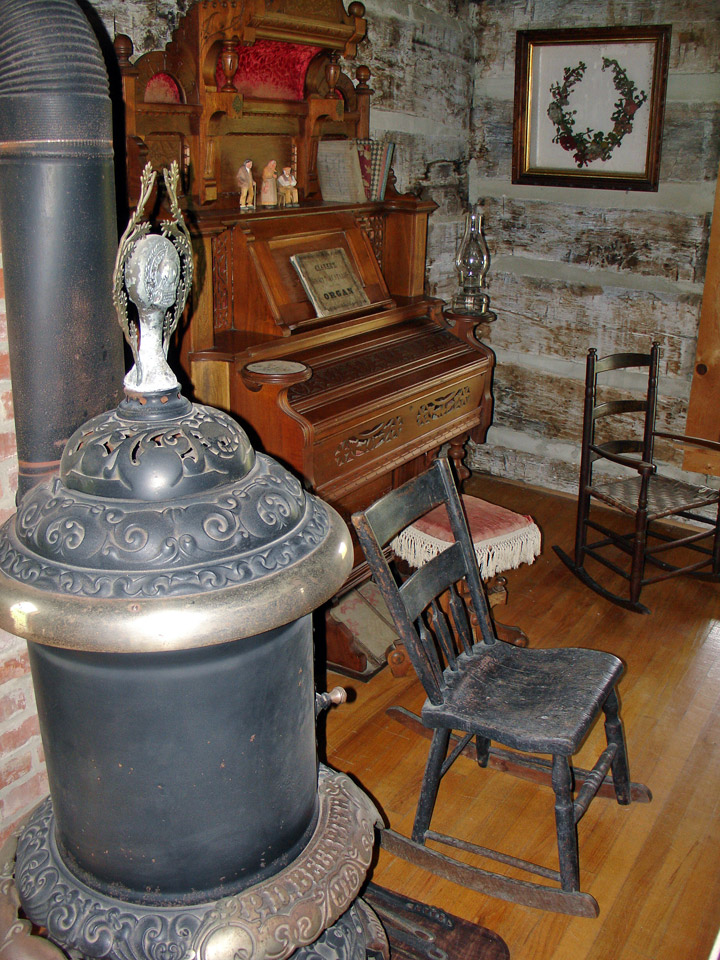 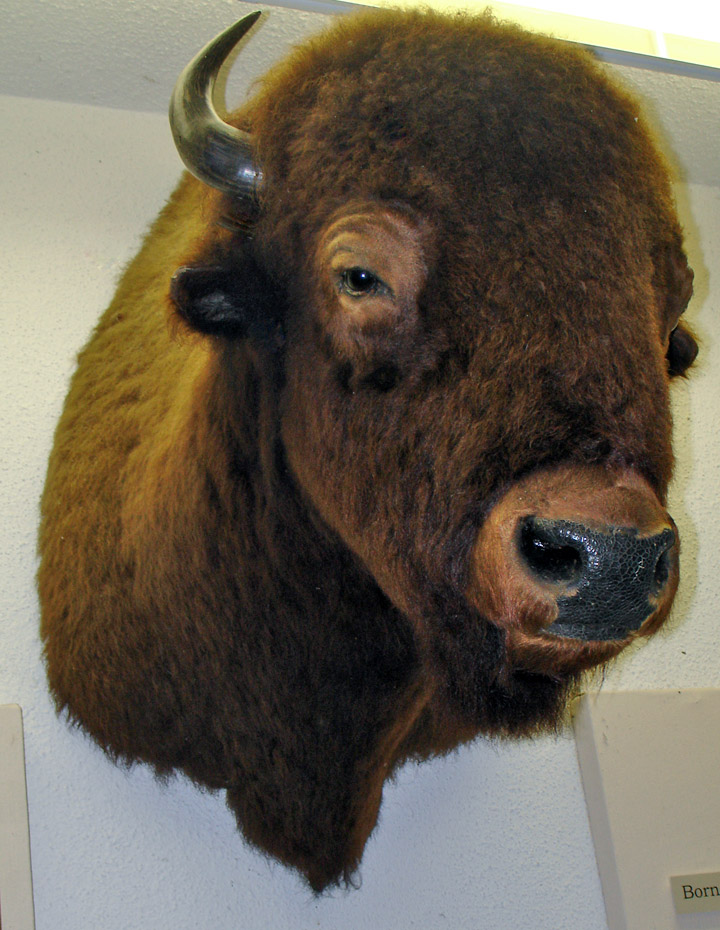 Bison, which roamed the plains 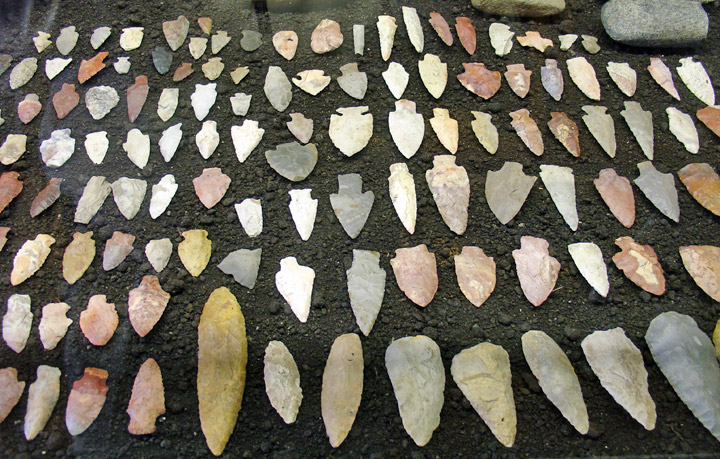 the Museum's collection of arrow points 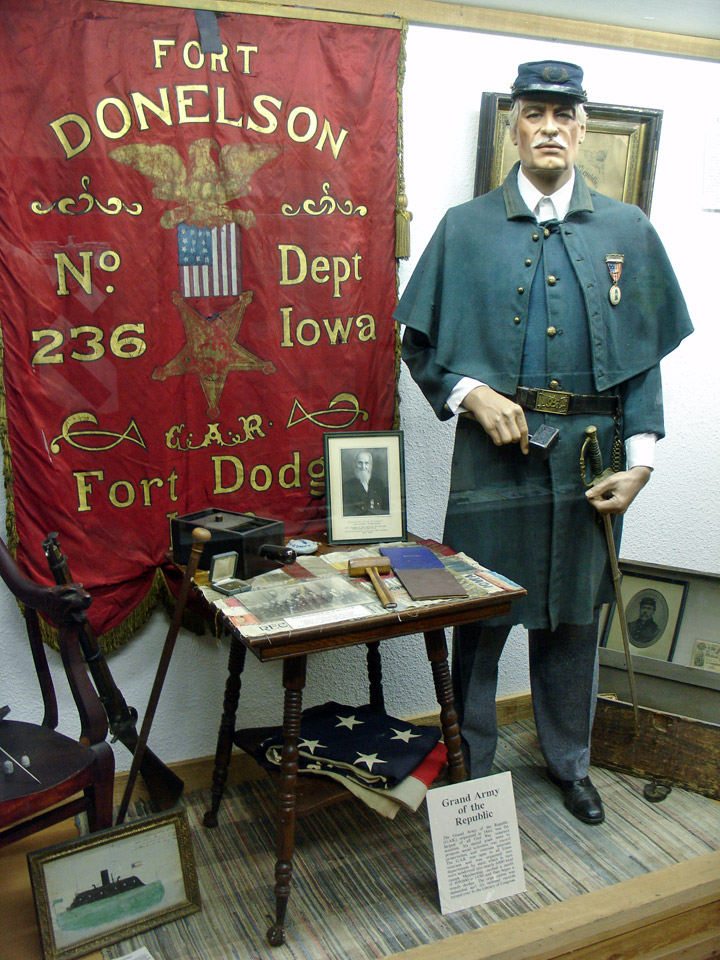 Grand Army of the Republic 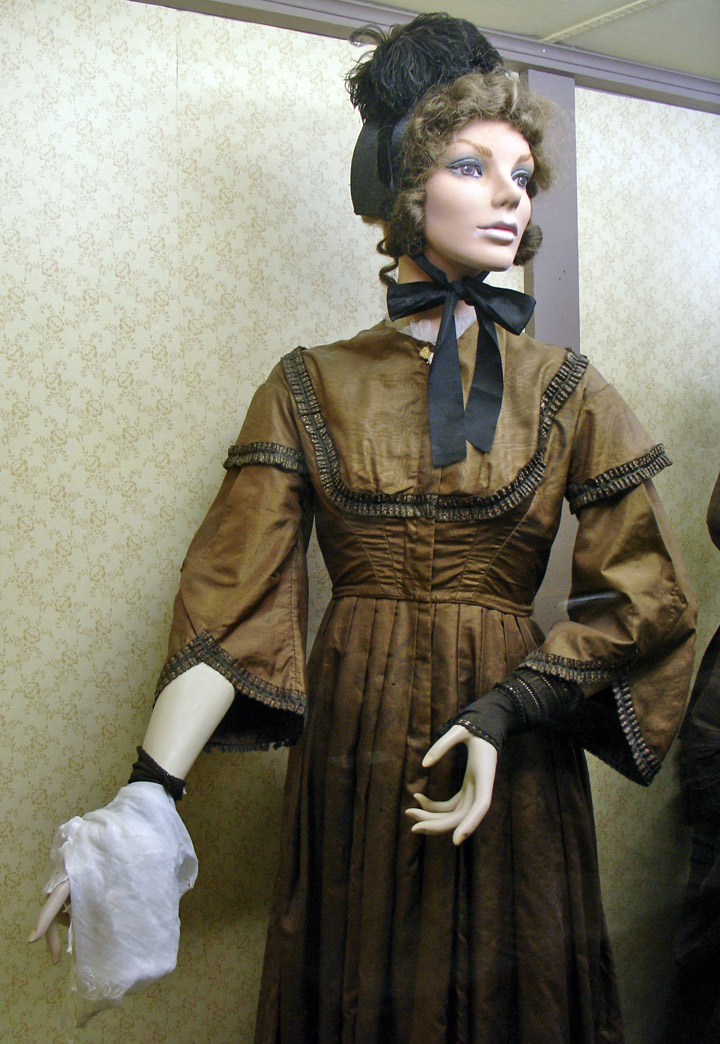 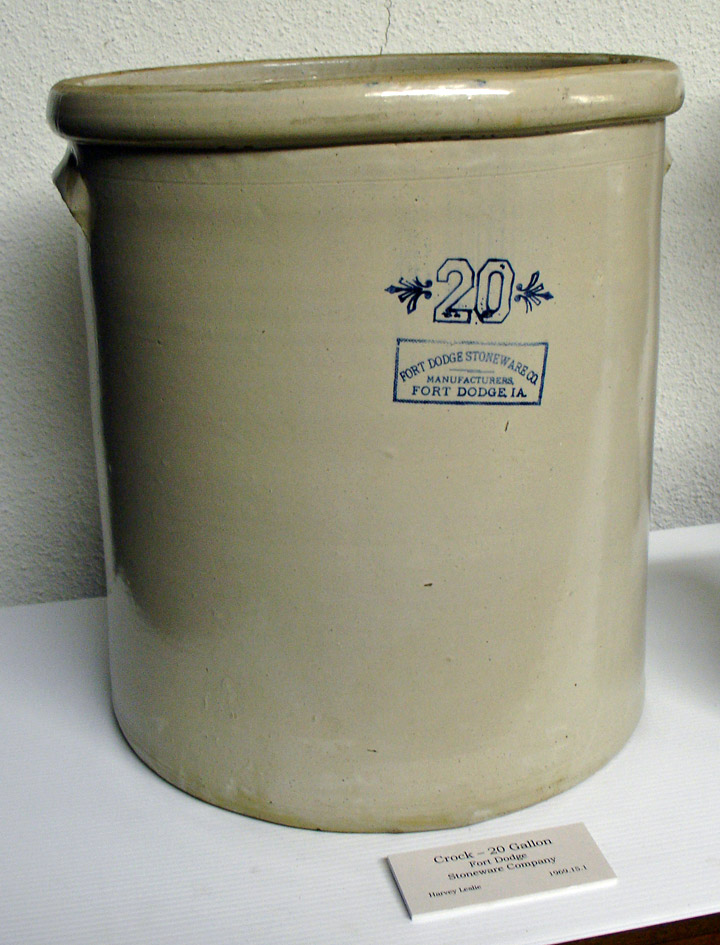 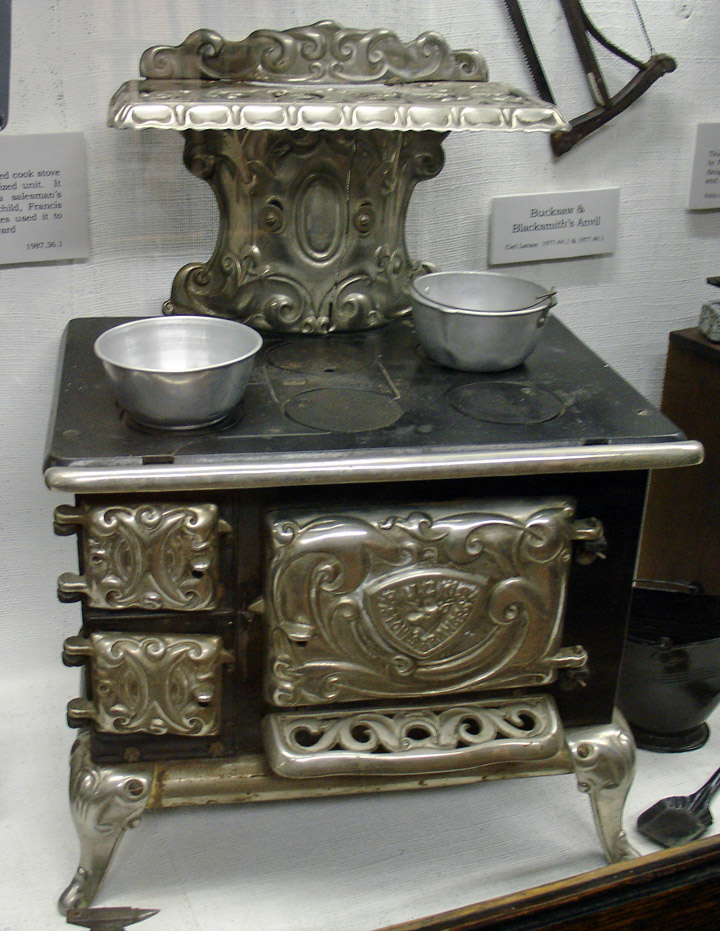 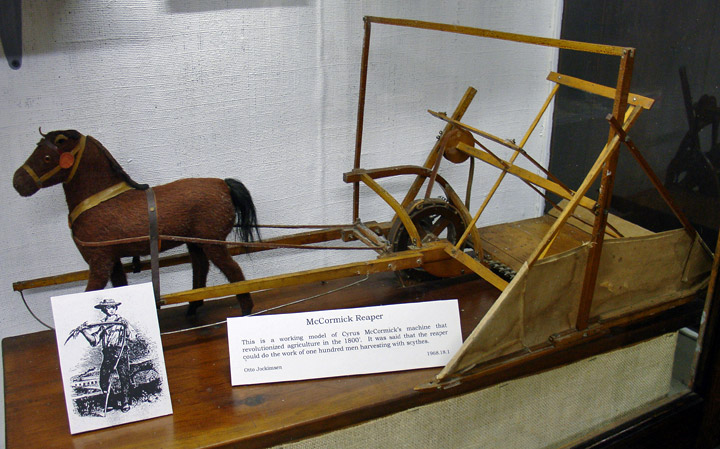 the McCormick Reaper changed harvesting on the plains 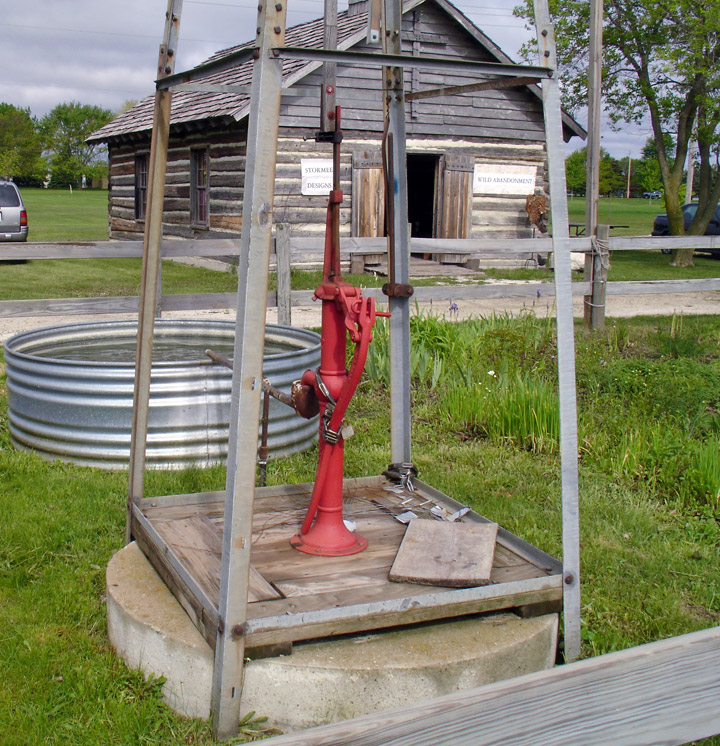 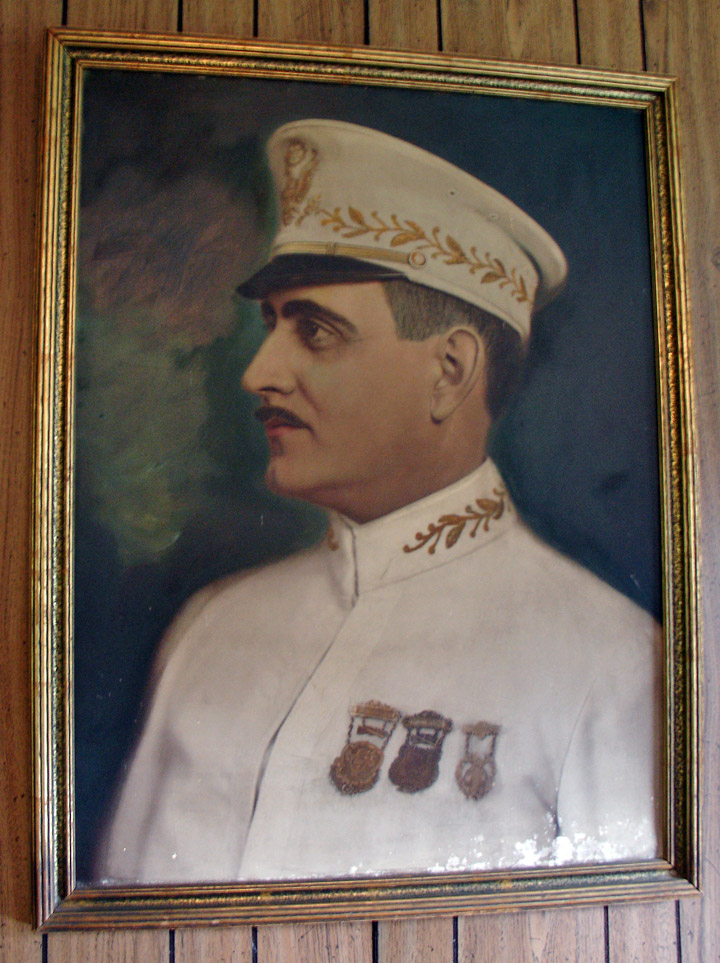 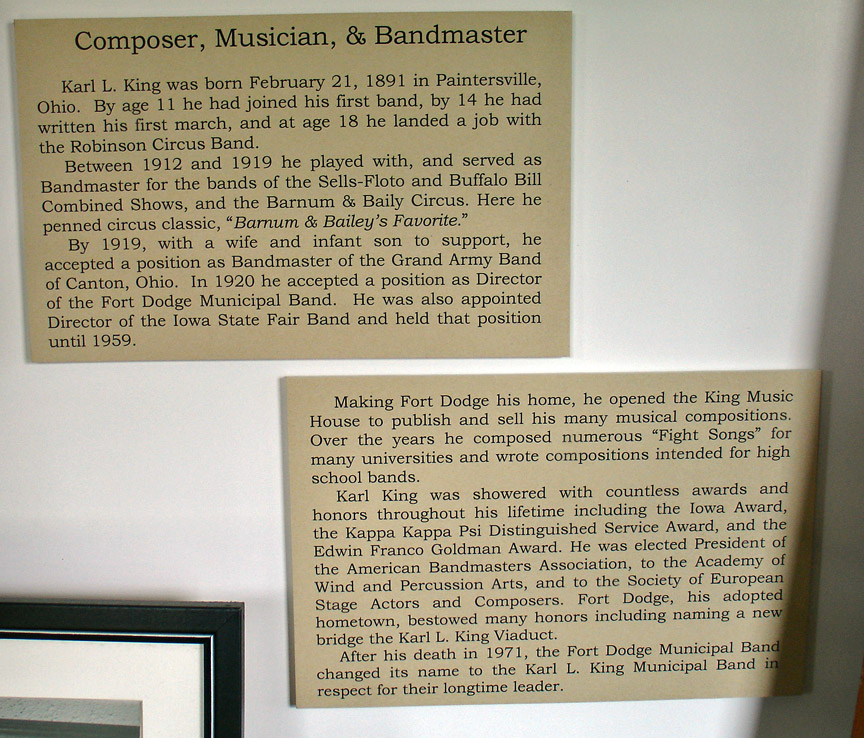 Bandmaster with the Buffalo Bill Circus