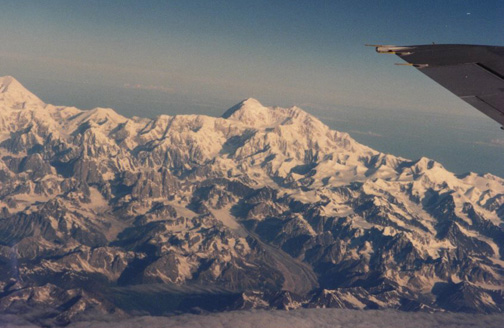 fly North over the Brooks range 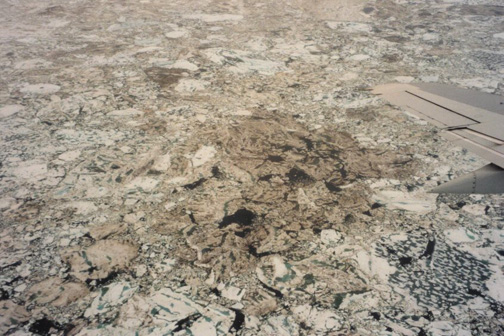 out over the pack ice 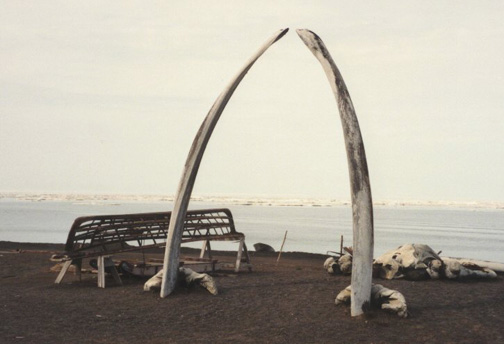 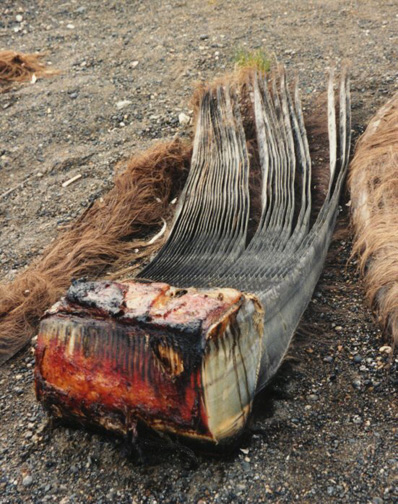 baleen from a Bowhead whale 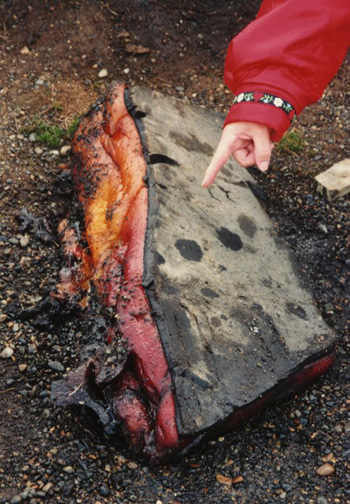 A majority of the Barrow population are Inupiat Eskimos, which greatly influences local government and traditions. Hunting for marine mammals (Bowhead Whales primarily, but also seals, walrus and belugas) and caribou is a common practice and the lifestyle that binds the community together. 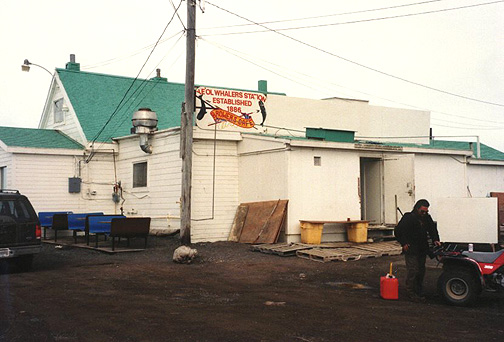 In the Inupiaq language the location of Barrow is called Ukpeagvik, which means "the place where we hunt Snowy Owls". 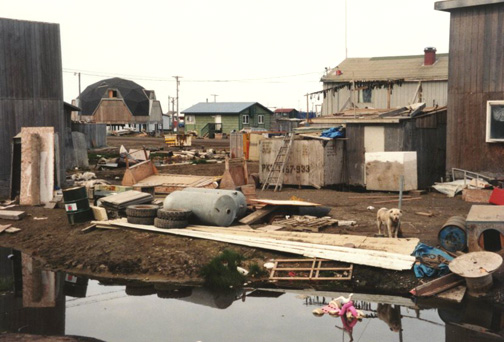 Barrow takes its current name from Point Barrow, which was named for Sir John Barrow of the British Admiralty in 1825. Royal Navy officers were in the area to explore and map the Arctic coastline of North America. The United States Army established a meteorological and magnetic research station at Barrow in 1881, and the Cape Smythe Whaling and Trading Station was established in 1893. 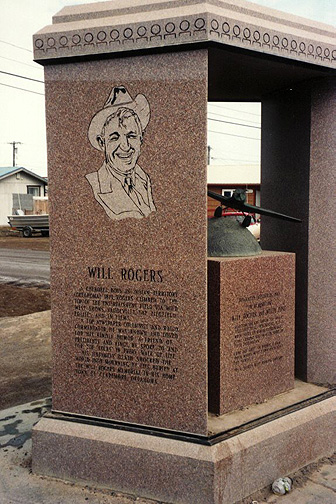 monument to Will Rogers in Barrow

In 1935 the famous humorist Will Rogers and pilot Wiley Post made an unplanned stop at Walakpa Bay 15 miles (24 km) south of Barrow while enroute to Barrow. As they took off again their plane stalled and plunged into a river, killing them both. Now called the Rogers-Post Site, there are two monuments are at the site, another is located in Barrow and the airport is named after them.