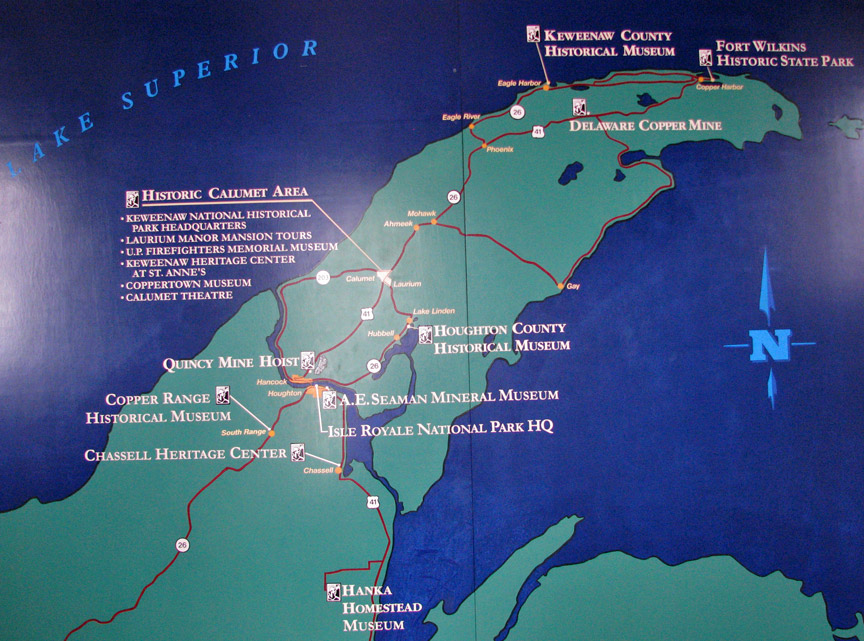 Keweenaw National Historical Park is a unit of the U.S. National Park Service. Established in 1992, the park celebrates the life and history of the Keweenaw Peninsula in the Upper Peninsula of the U.S. state of Michigan. As of 2007, it is a partly privatized park made up of two primary units, the Calumet Unit and the Quincy Unit, and 16 cooperating "Heritage Sites" located on federal, state, and privately owned land in and around the Keweenaw Peninsula. The National Park Service owns approximately 1,700 acres (6.8 km²) in the Calumet and Quincy Units. Units are located in Baraga, Houghton, Keweenaw, and Ontonagon counties. 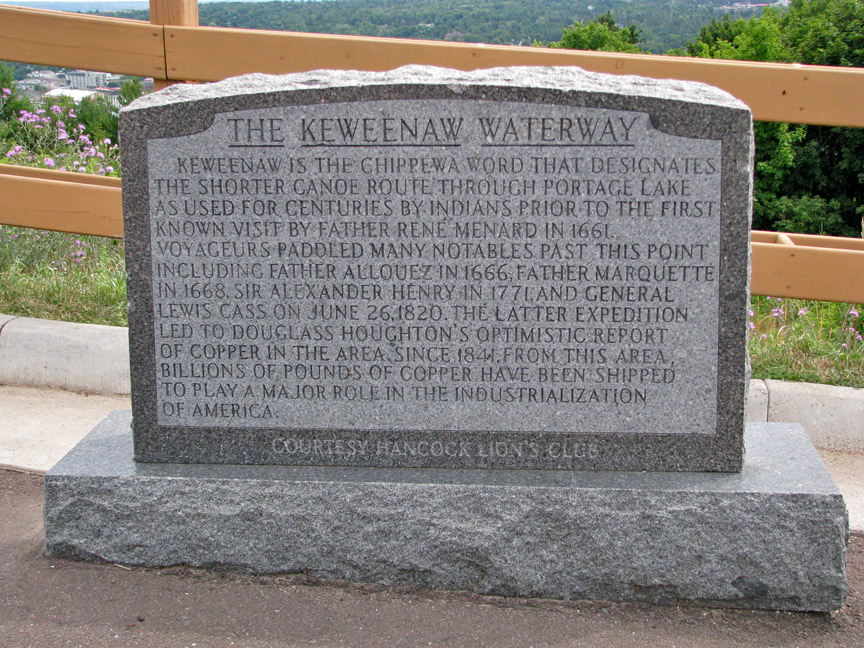 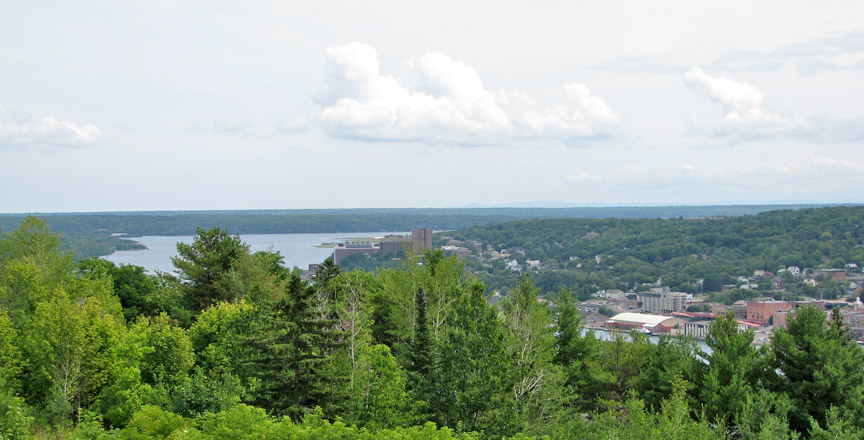 view of the waterway
Houghton on the left

The Keweenaw Peninsula is the site of the most extensive known deposits of native copper in the world. Occurring here in relatively pure form, the red metal could be broken out of the rock and worked to make a wide variety of products, from jewelry and tools by its earliest miners to coins and electric wire by its final generations. Keweenaw copper was mined for approximately 7,000 years, from 5000 BCE until 1968. During the period for which records were kept, 1840-1968, more than 11 billion pounds (5 billion kg) of copper were mined here. During the peak production years of World War I, 1916-1917, the annual copper yield reached a maximum of 270 million pounds (125 million kg). 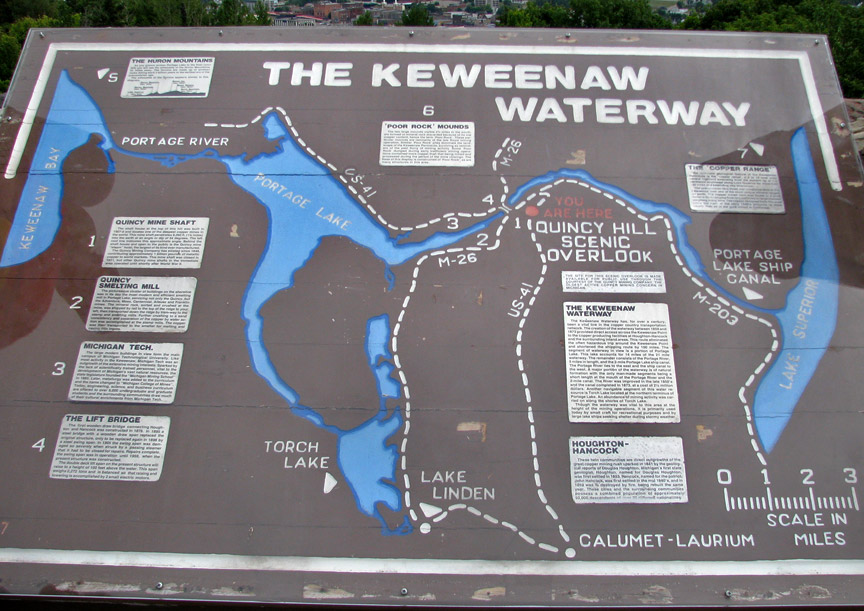 Two ethnic groups, the Cornish and the Finns, are especially important in the heritage of the Keweenaw National Historical Park. When news of the region's rich native copper was first widely published in the 1830s, many families from the English county of Cornwall immigrated to the Upper Peninsula, bringing the Cornish pasty and their region's knowledge of hard-rock mining with them. Several park Heritage Sites, including the log cabin village of "Old Victoria," recall Cornish heritage in the region. 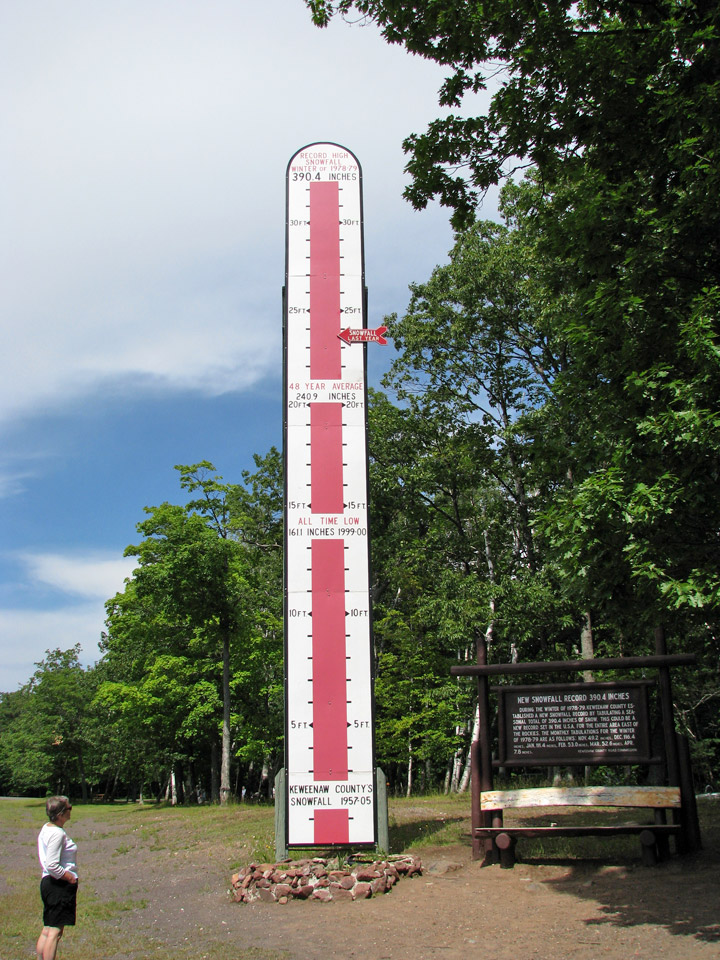 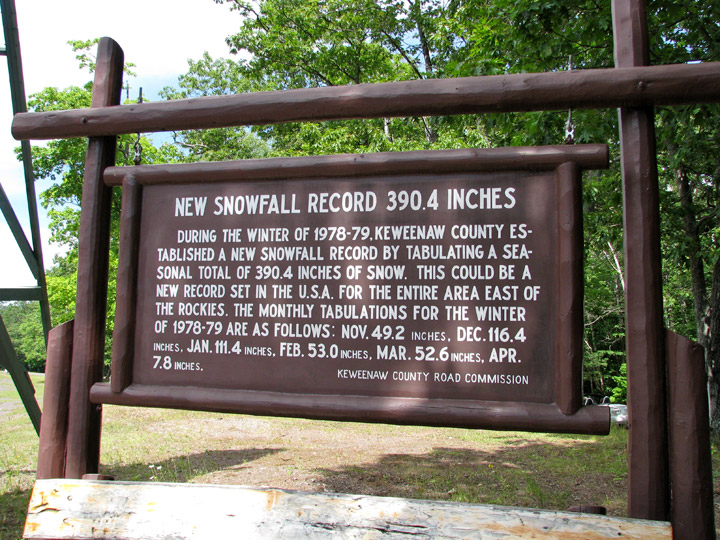 Later in the 1800s, many families from Finland emigrated to the United States. Until 1918, Finland was a colony of Russia. A large percentage of these Finns settled in the Western Upper Peninsula because of perceived similiaries between their old and new homes, and found work in the Keweenaw. Finnish saunas can still be found throughout the area. Several park Heritage Sites, including the "Hanka Homestead", recall the Finnish influx. 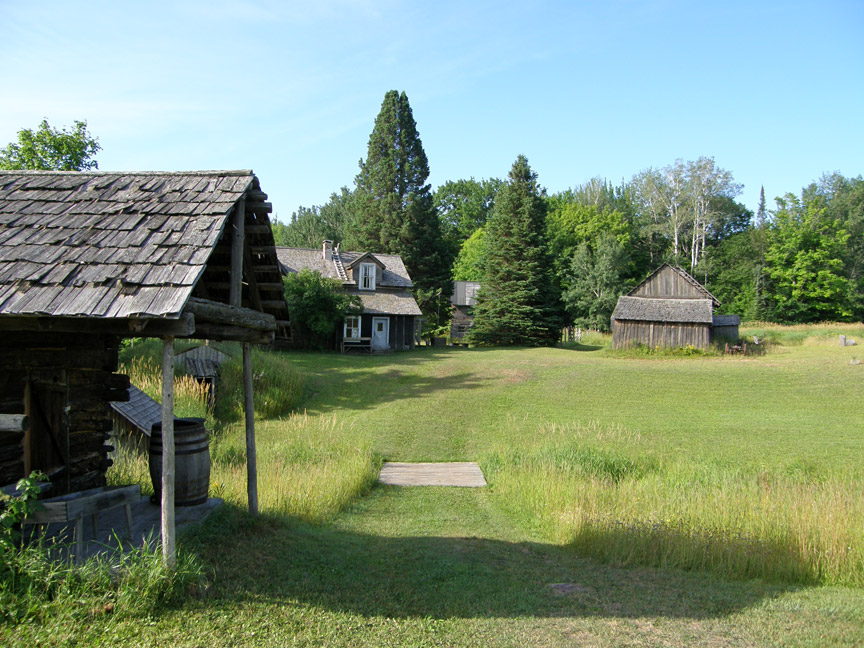 More Photos of the Hanka Homestead

The Calumet Unit of the Keweenaw National Historical Park includes many sites in and around the villages of Calumet and Laurium, which are not ghost towns but operating human communities that have survived the shutdown of their parent employer, the Calumet and Hecla Mining Company, in 1968. By digging shafts into the rock, the men and owners of the Calumet & Hecla found geological formations of rock laced with nuggets of almost pure copper. 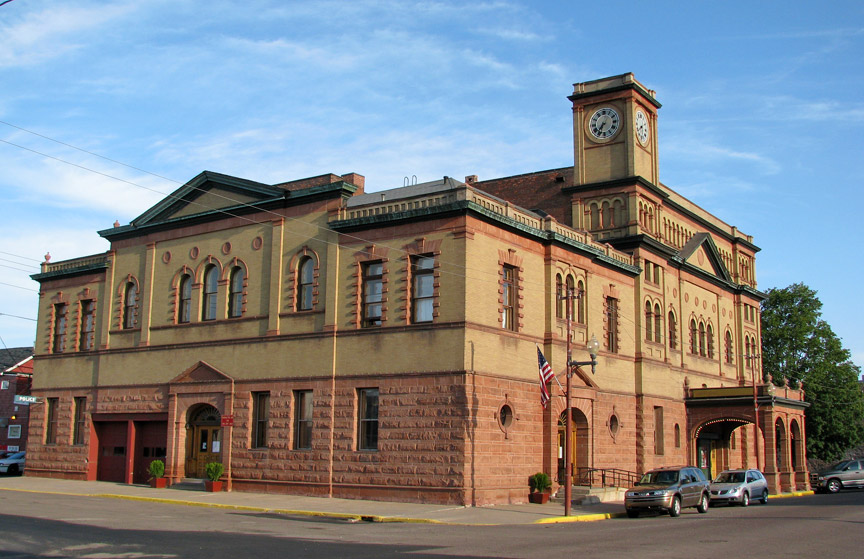 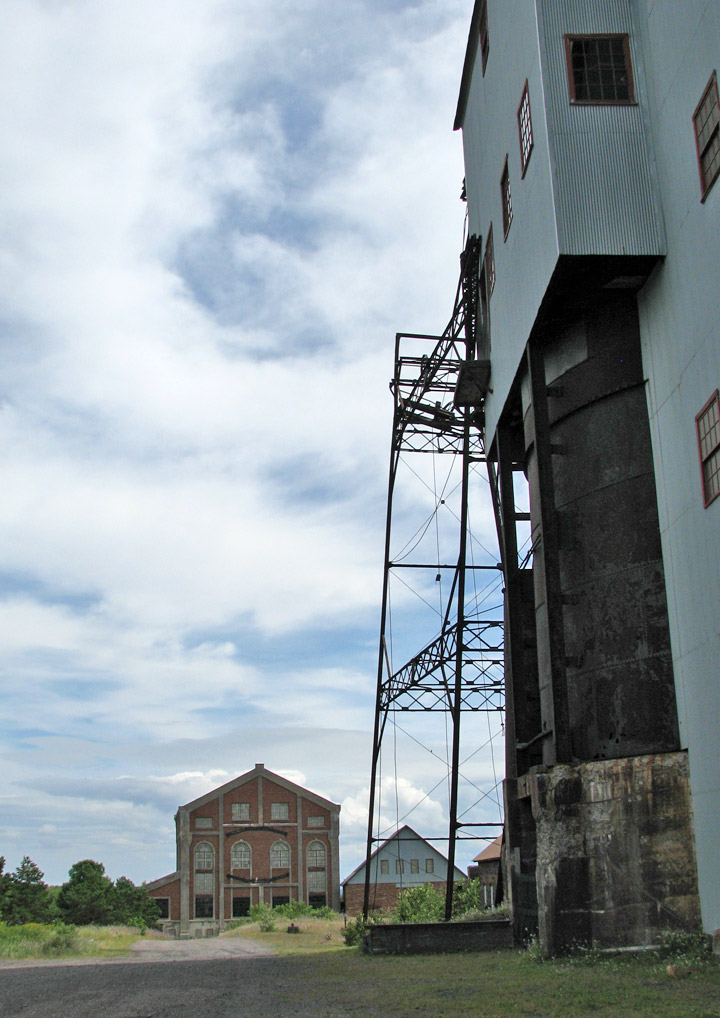 More Photos of the Quincy Mine

The Quincy Unit of the Keweenaw National Historical Park commemorates one of the most remarkable feats of engineering in northern Michigan, the 9,000-foot-deep (2,700 m) Quincy Mine shaft. Nicknamed "Old Reliable" for its record of paying annual dividends for decades, the Quincy mine enjoyed a position on the rich copper rock of the Pewabic Lode. A private preservation foundation maintains the Quincy Mine's surface mine hoist, which is the largest steam-powered hoist in the world. 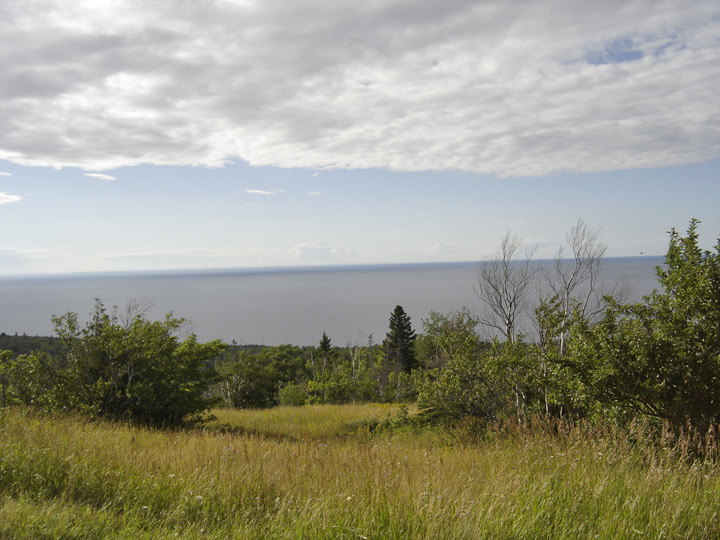 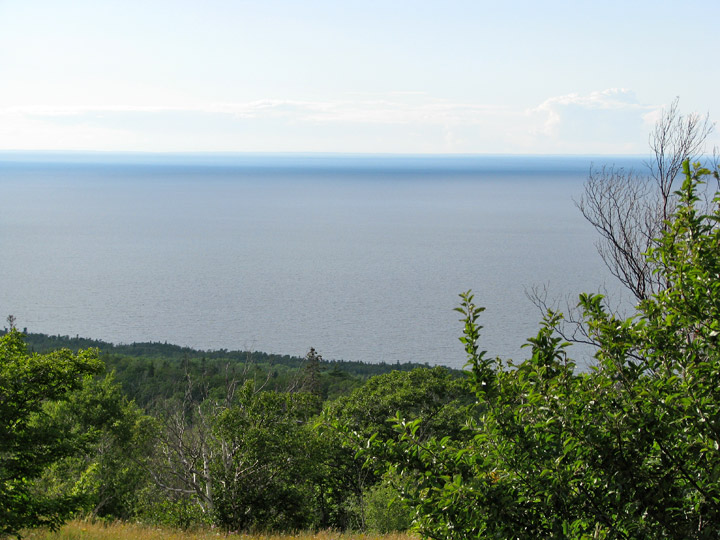 views of Lake Superior from the West Bluff 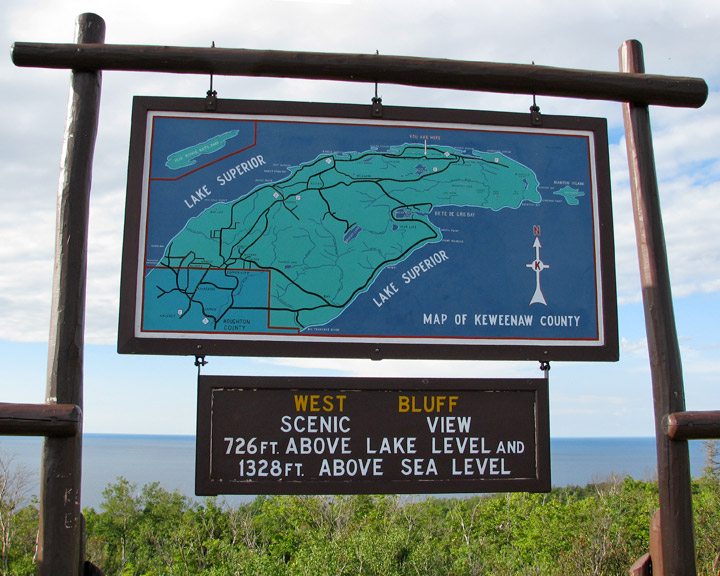 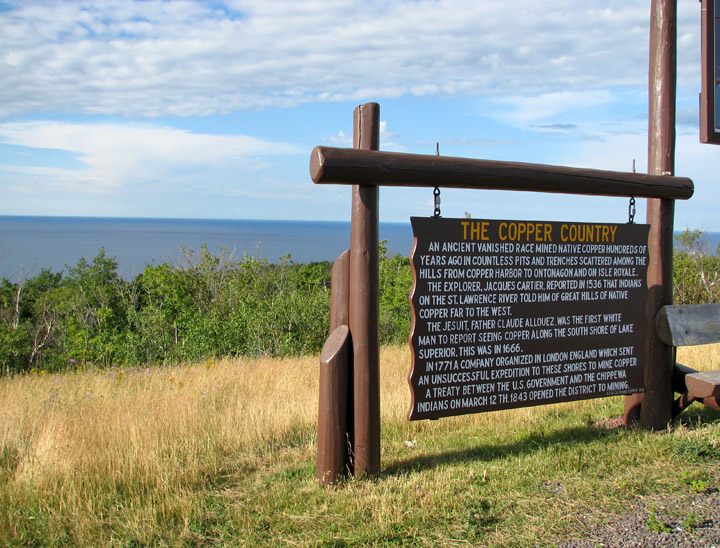 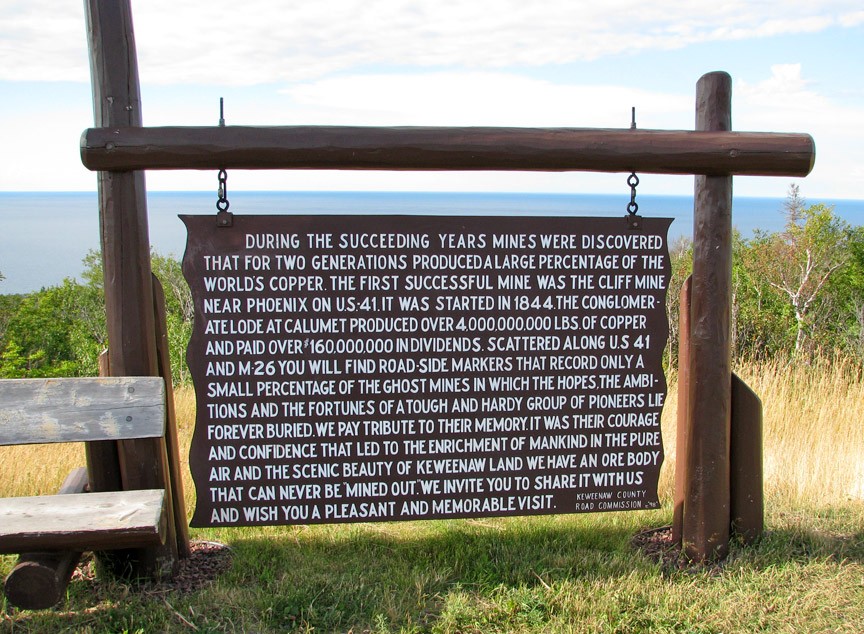 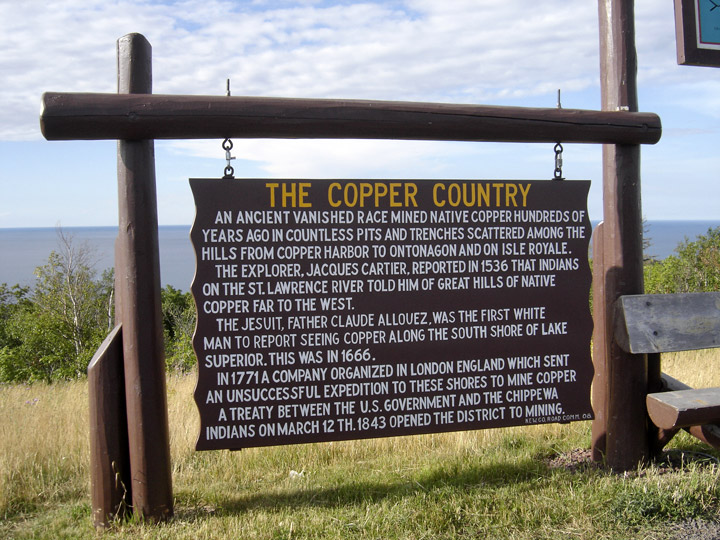 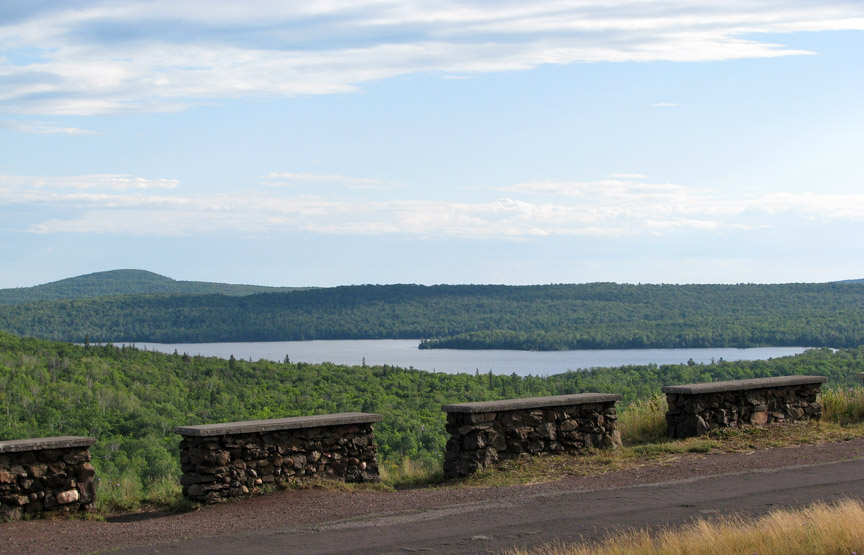 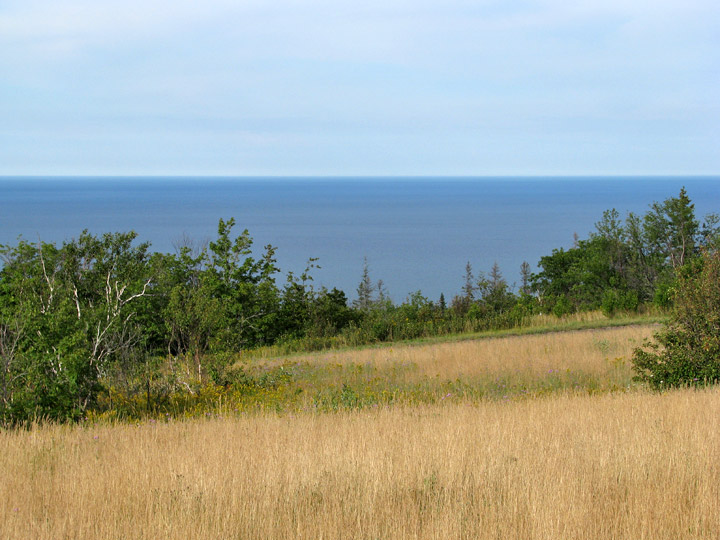 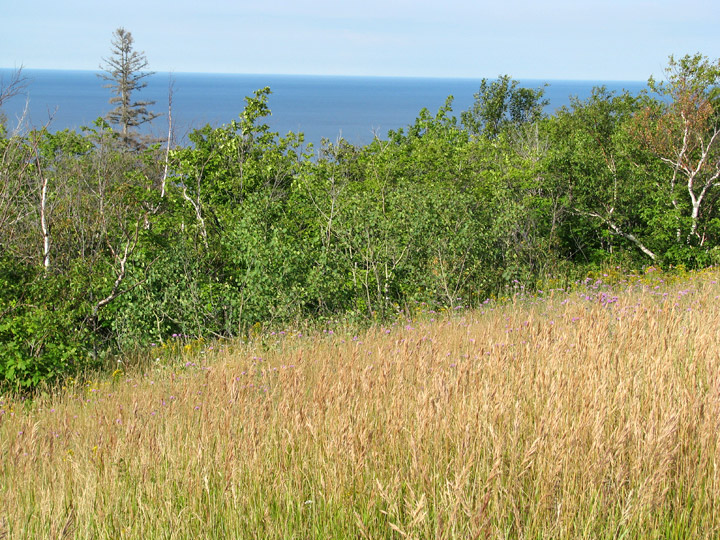 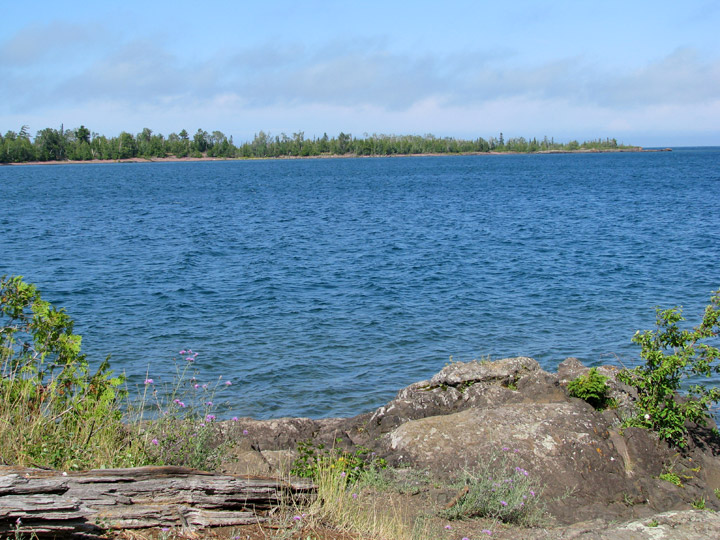 on the Lake Superior shore