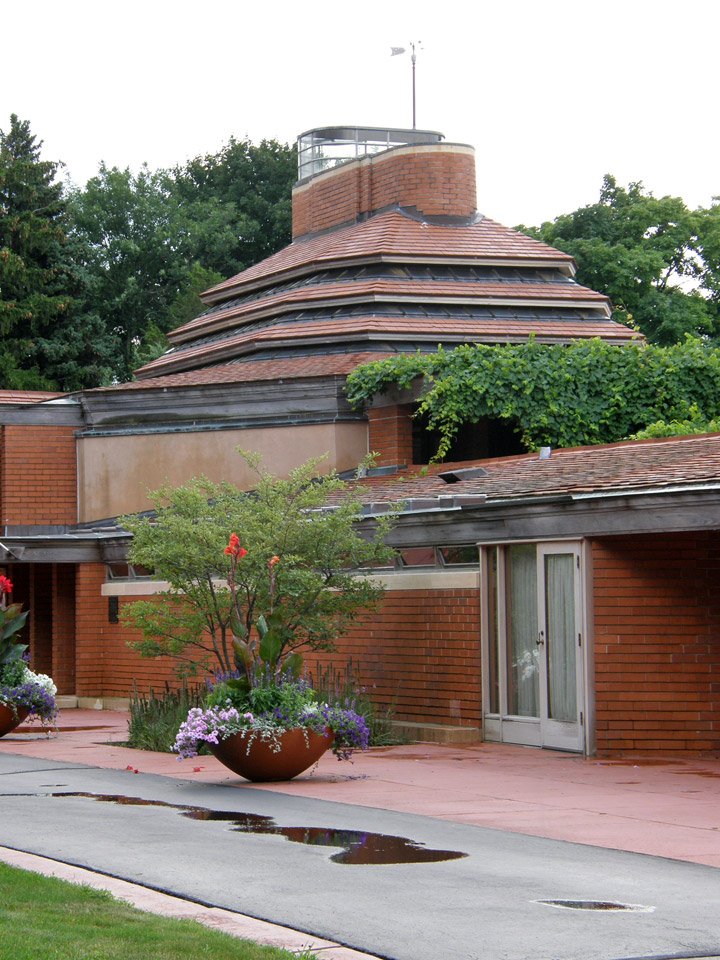 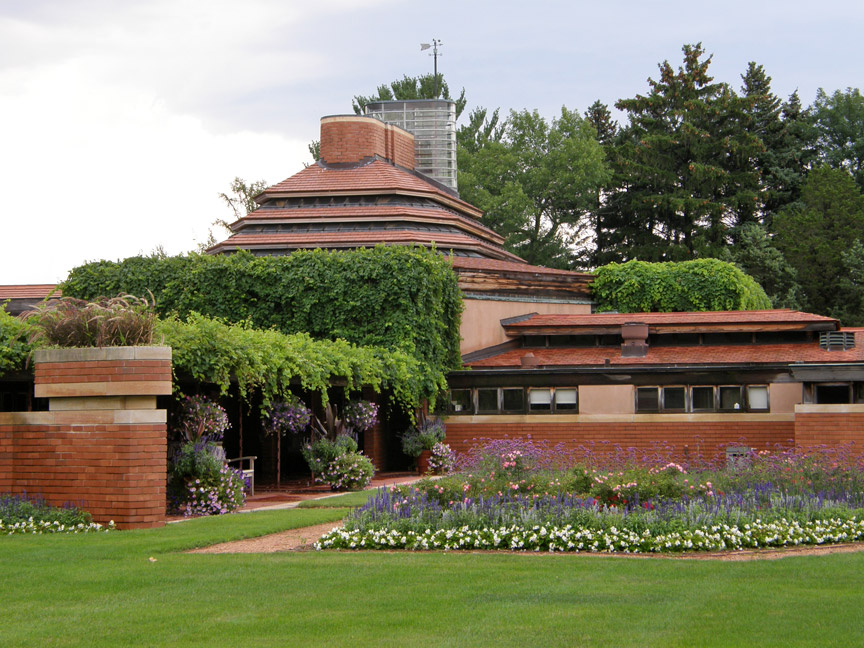 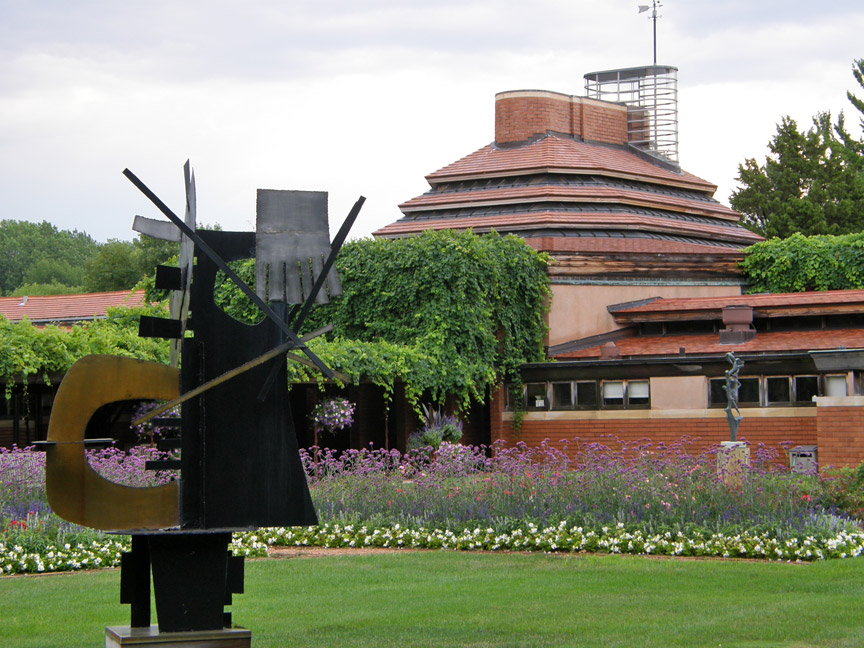 More Photos of the Grounds

Wingspread is a house designed by architect Frank Lloyd Wright for Herbert Fisk Johnson, Jr. and built in 1938-1939 near Racine, Wisconsin. The living room is the centre of the home, and four wings extend from it to four "zones": the master bedroom, the children’s rooms, the kitchen and servants' quarters, and the guestrooms/garage. 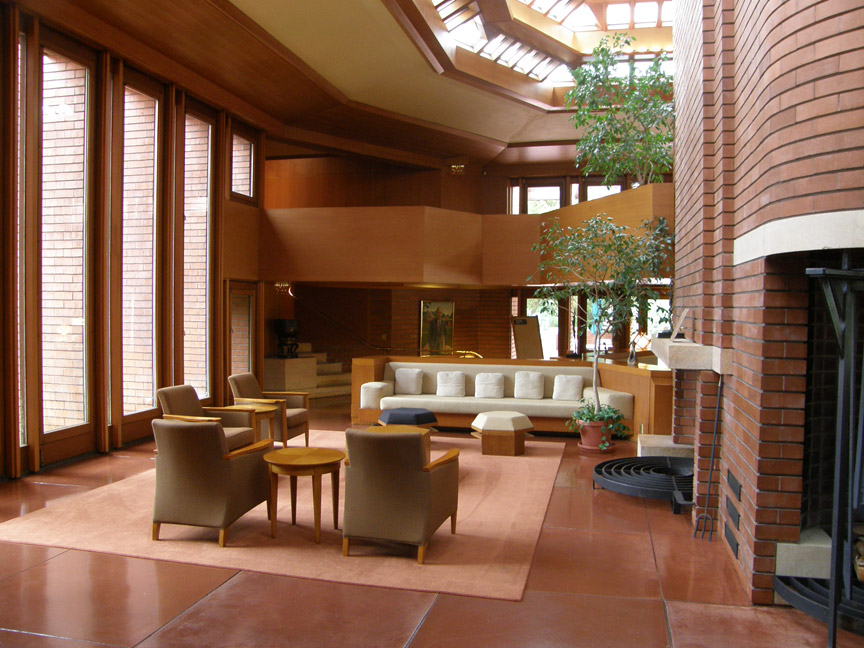 The living room resembles a gigantic dome, and features a tall stone multiple fireplace rising from its centre. 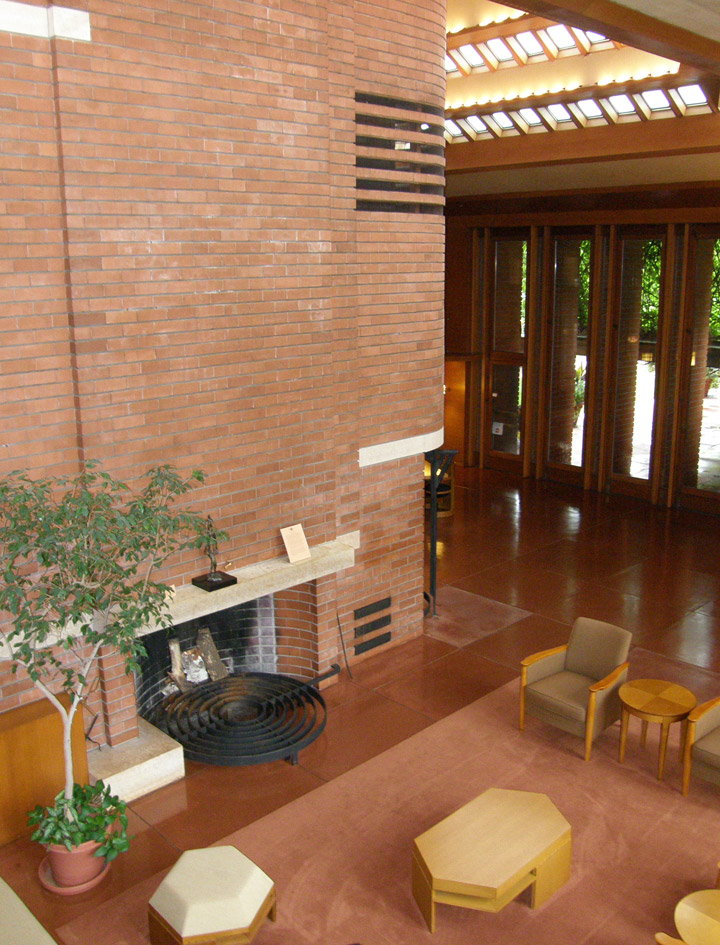 the library fireplace and sitting area 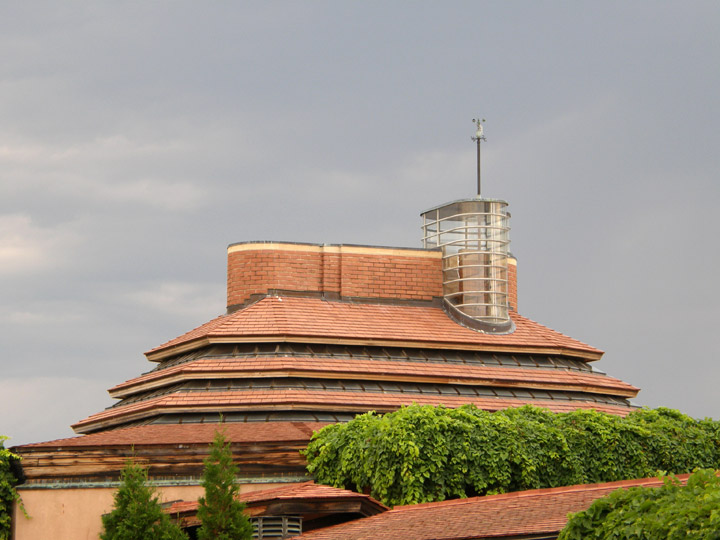 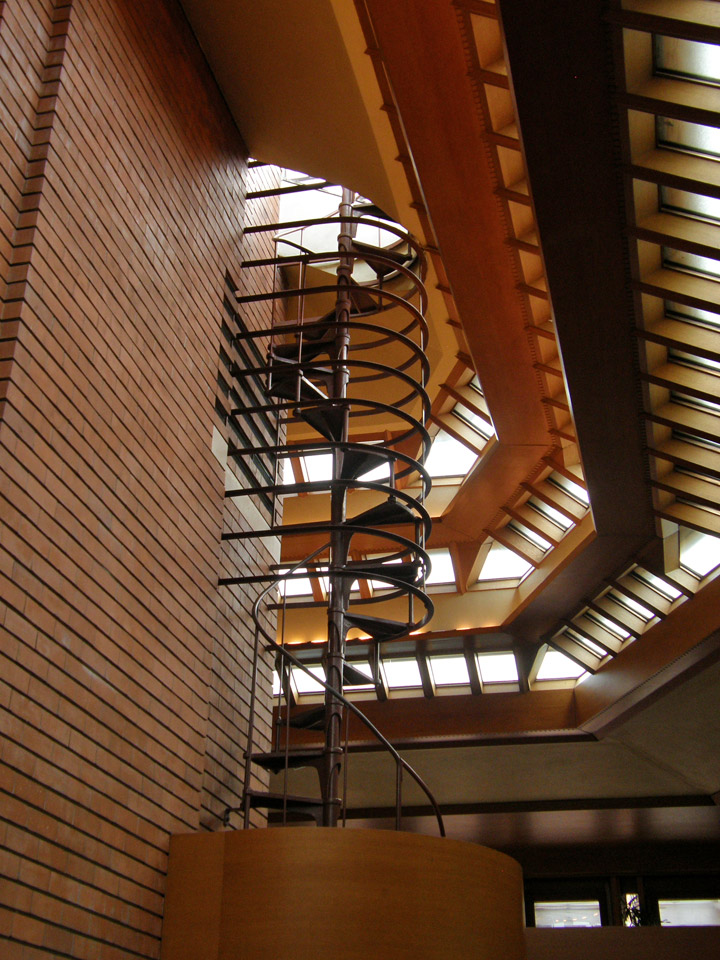 inside stairs to the crow's nest 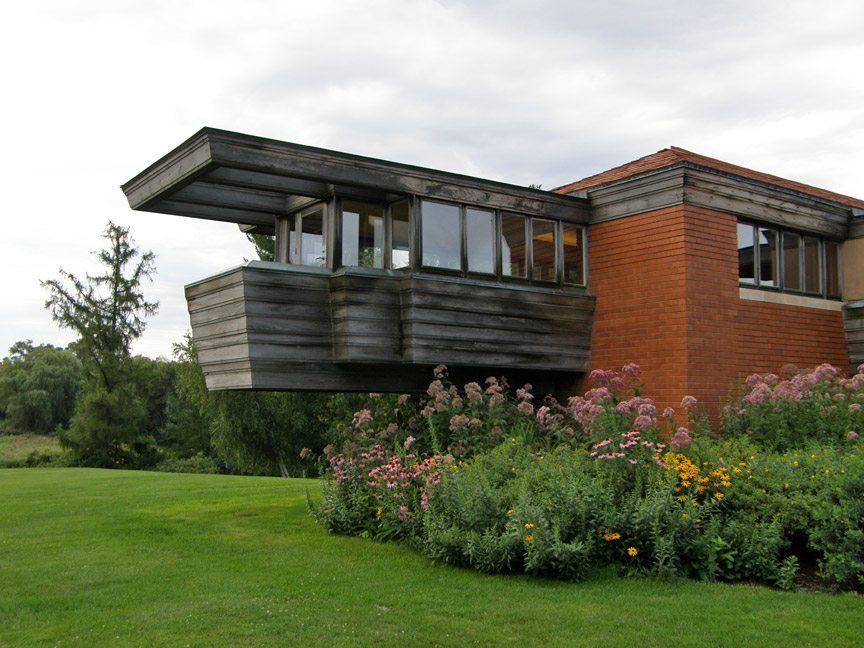 the daughter's bedroom
(cantilevered like the porch wing at Taliesin) 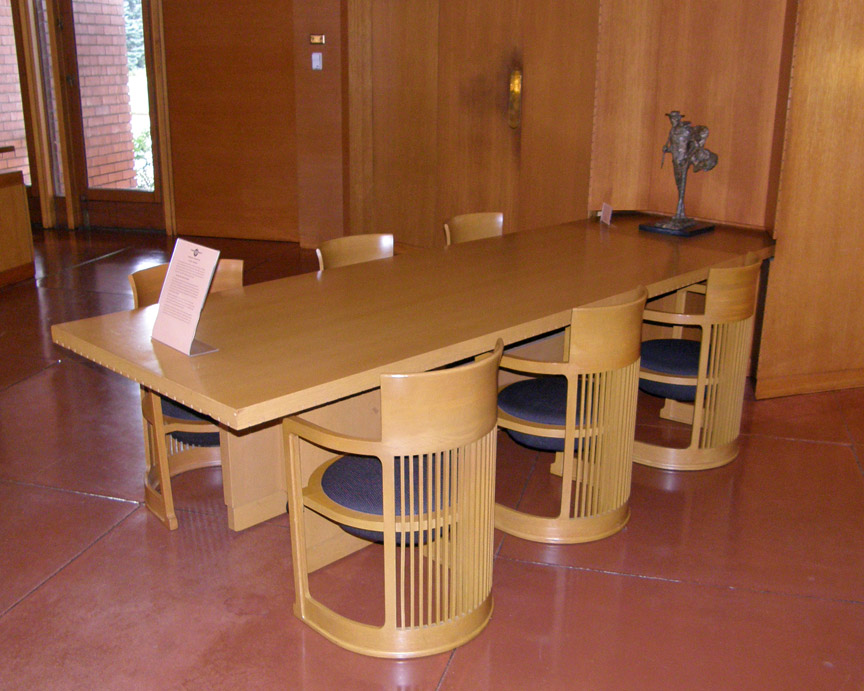 the dining table
(which can be retracted into the kitchen) 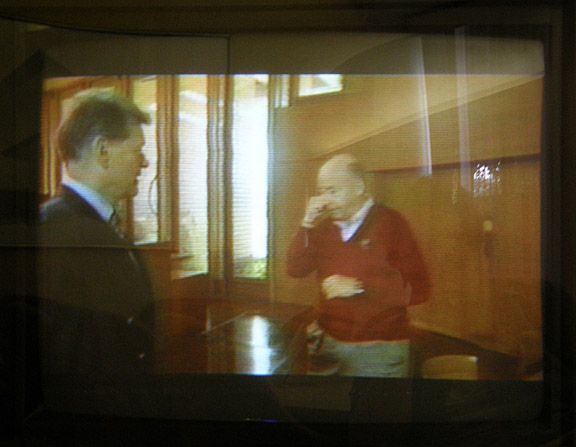 In a TV interview, the son telling the famous story
of his father sitting at this table with distinguished guests,
being dripped on his bald head by a rain roof leak, being furious,
and calling Frank Lloyd Wright to complain. 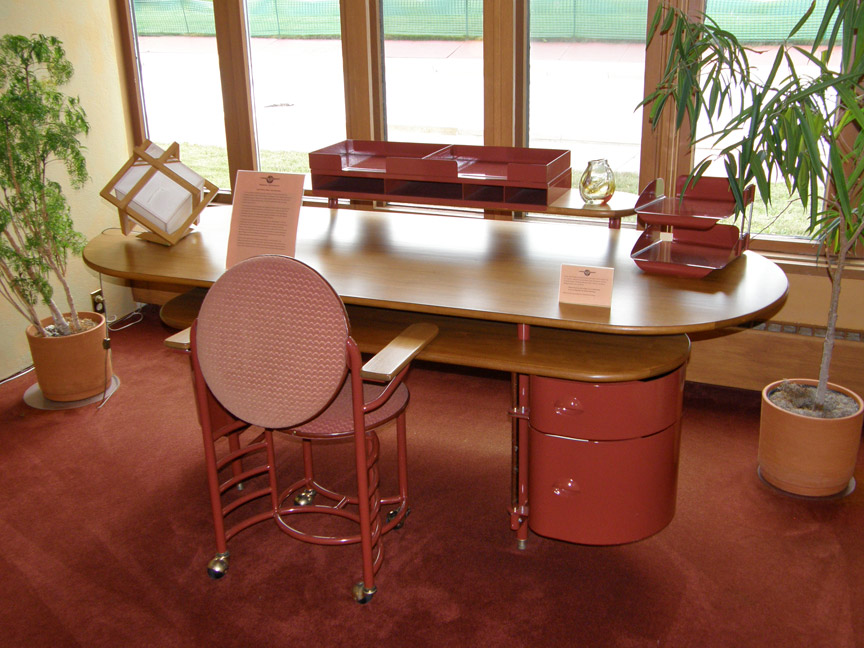 Wingspread is no longer a residence; it was donated by Johnson and his wife to The Johnson Foundation in 1959 as an international educational conference facility. 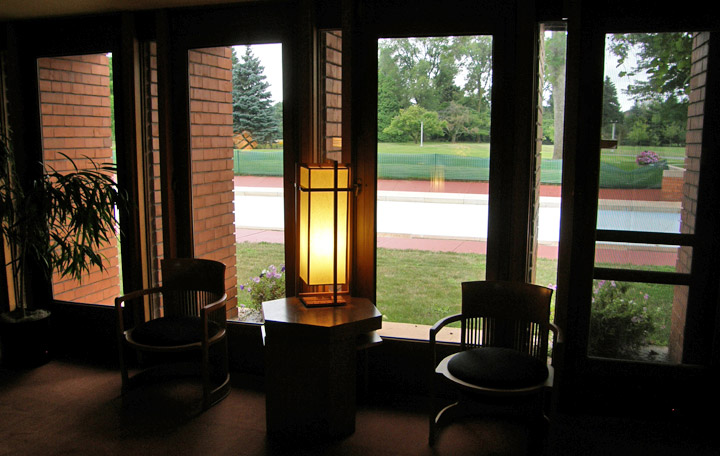 View of the Swimming Pool