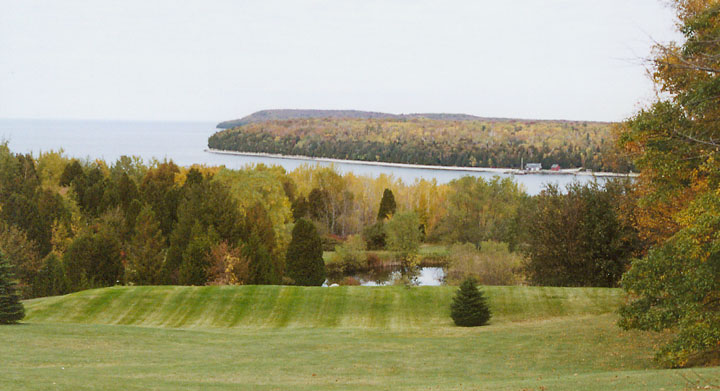 looking at Green Bay from the Door County peninsular

Door County is a county in the U.S. state of Wisconsin. As of 2000, the population was 27,961. Its county seat is Sturgeon Bay. Door County is a popular vacation and tourist destination, especially for residents of south-eastern Wisconsin and northern Illinois. 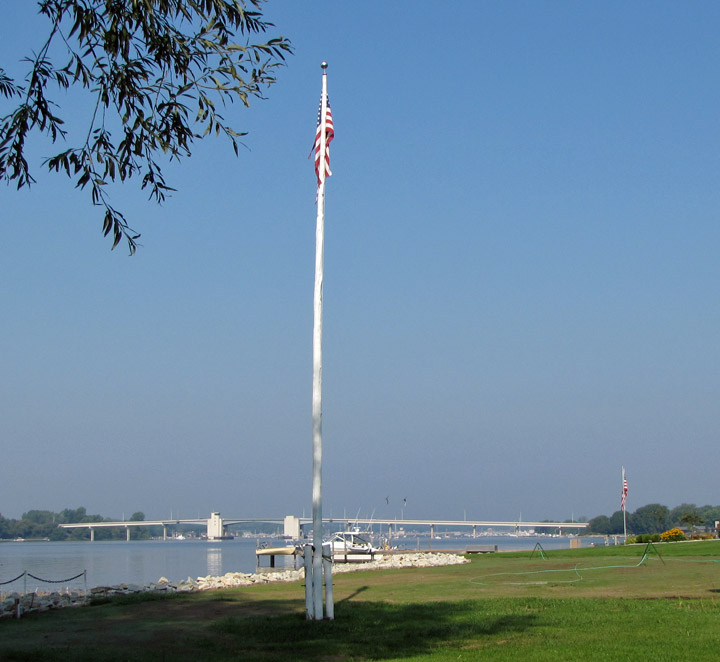 The county is named after the strait between the Door Peninsula and Washington Island. The dangerous passage, now littered with shipwrecks, was known to early French explorers and local Native Americans. Because of the natural hazards of the strait, they gave it the French appellation Porte des Morts Passage, which in English means the "Door to the Way to Death," or simply, "Death's Door." 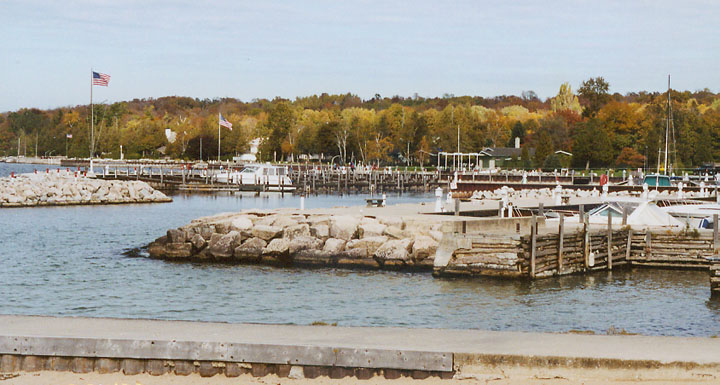 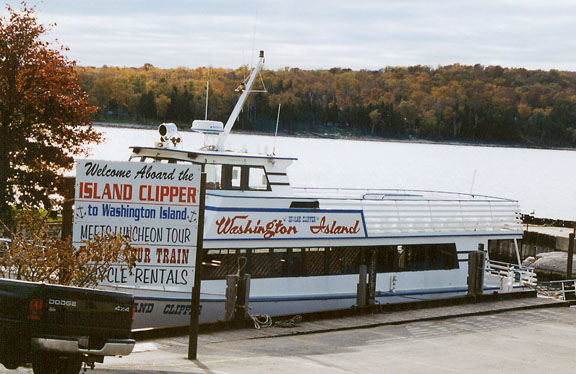 The Door County peninsula has been inhabited for about 11,000 years. Artifacts from an ancient village site at Nicolet Bay Beach have been dated to about 400 BC. This site was occupied by various cultures until about 1300 AD.

The 1700s and 1800s saw the immigration and settlement of pioneers, mariners, fishermen and farmers. Economic sustenance came from lumbering and tourism. 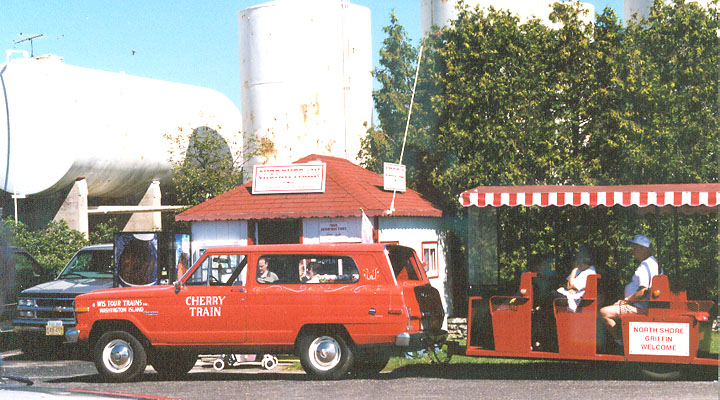 the cherry train around the island 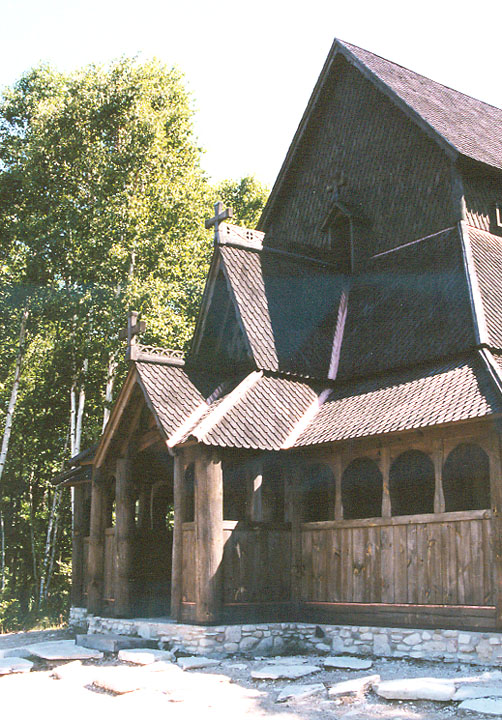 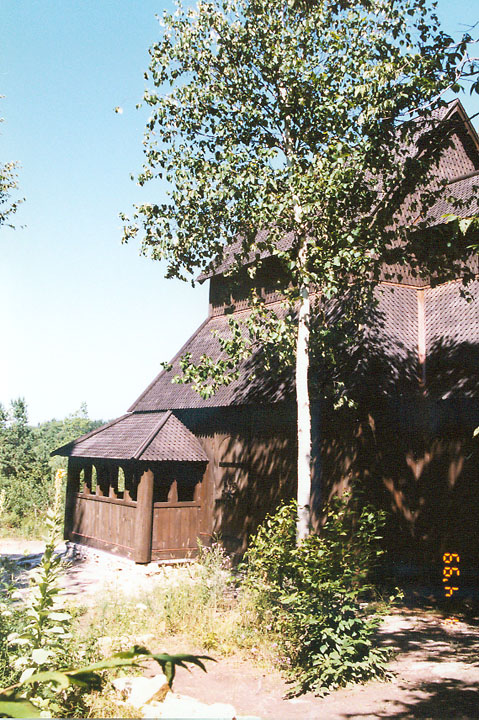 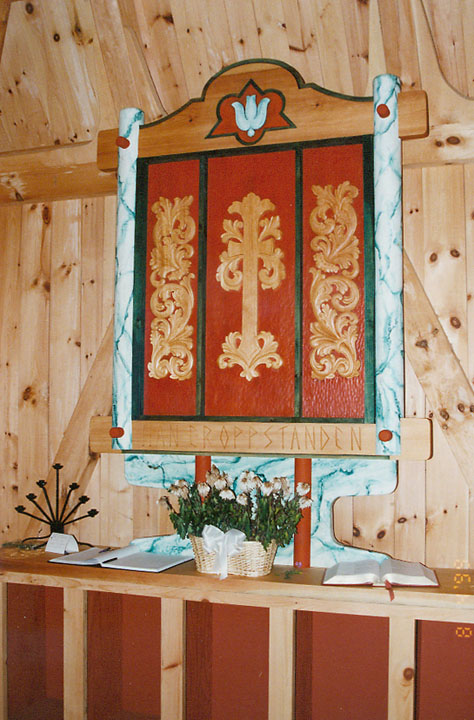 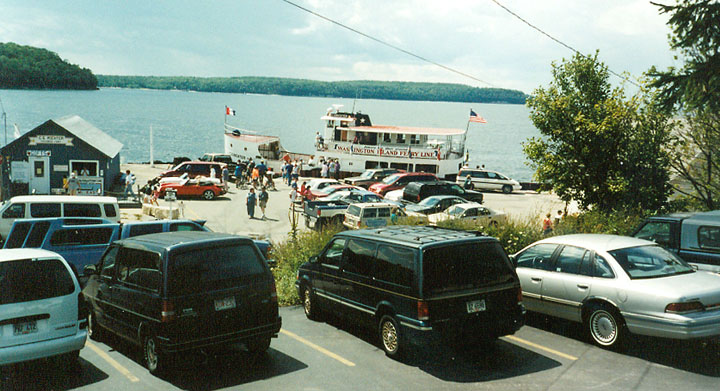 return to the peninsular on the ferry 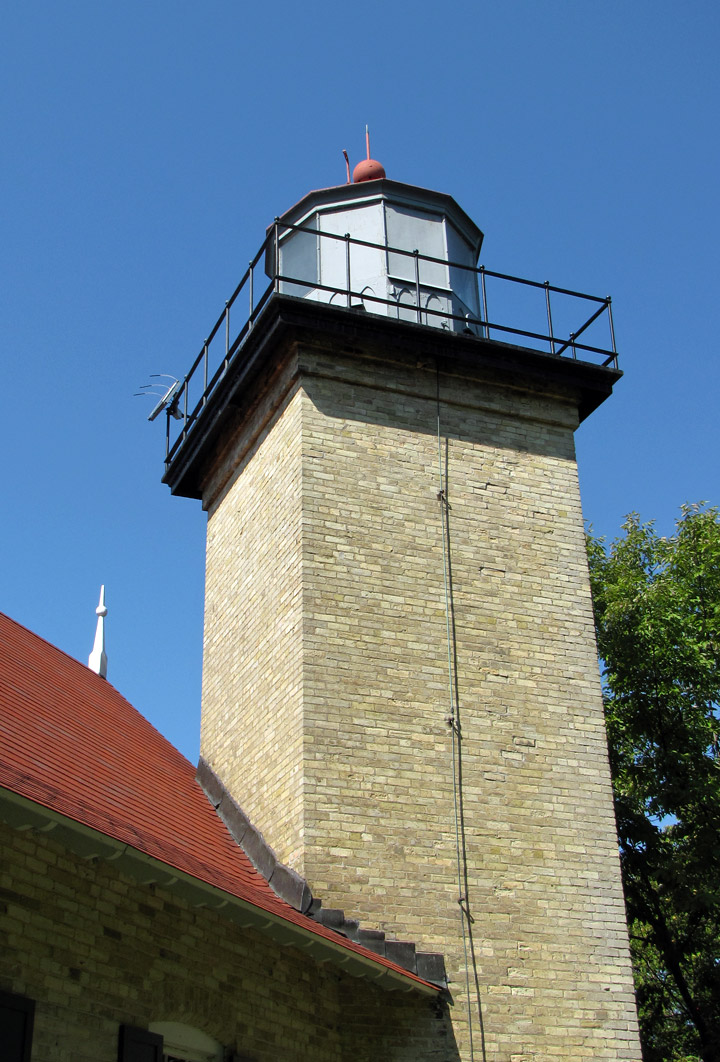 A Civilian Conservation Corps camp was established at Peninsula State Park during the Great Depression. In the summer of 1945, Fish Creek was the site of a German POW camp, under an affiliation with a base camp at Fort Sheridan, Illinois. The prisoners engaged in construction projects, cut wood, and picked cherries in Peninsula State Park and the surrounding area. Eagle Bluff Lighthouse was constructed in Peninsula State Park in 1868 on orders from President Andrew Johnson, at a cost of $12,000. It was restored by the Door County Historical Society in 1964, and opened to the public. 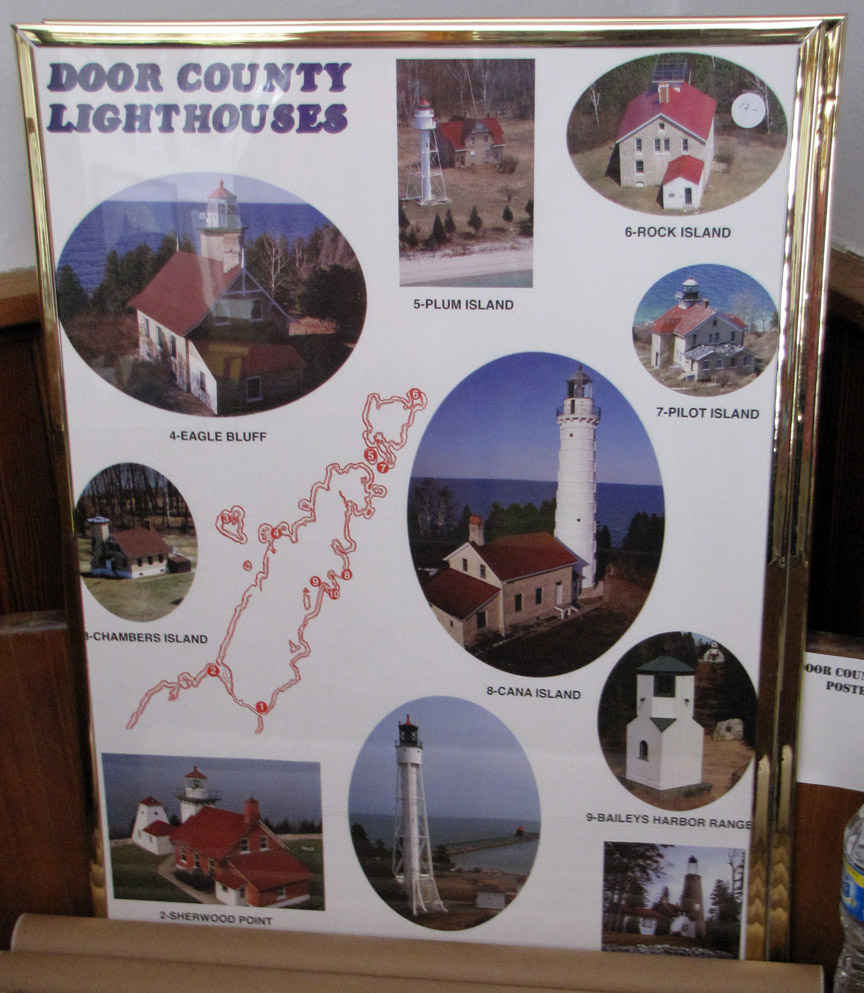 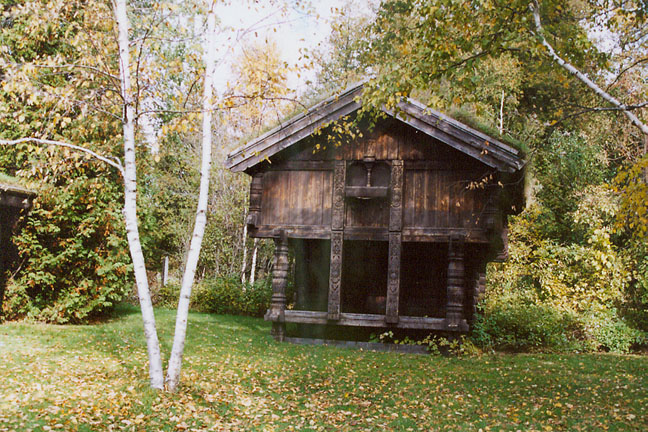 a bit of Sweden 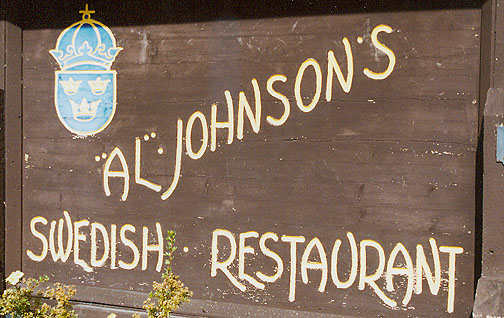 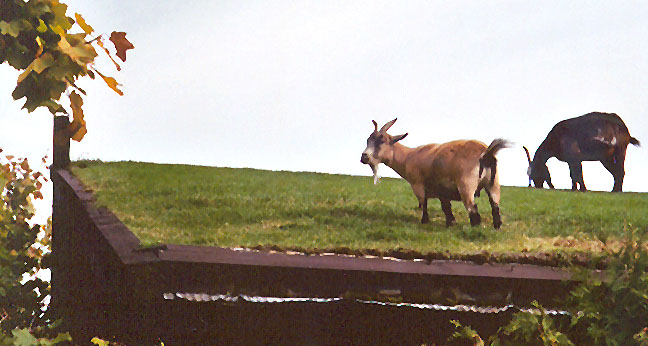 goats on the roof of the restaurant 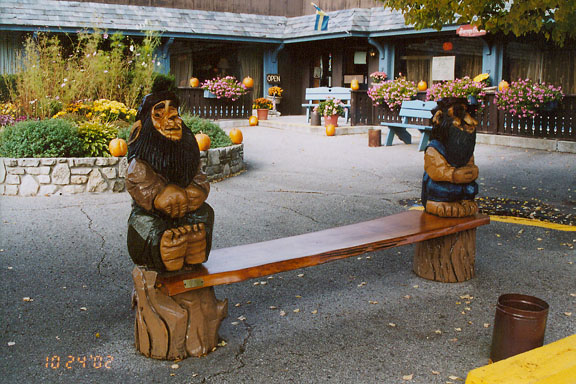 and shops for the tourists 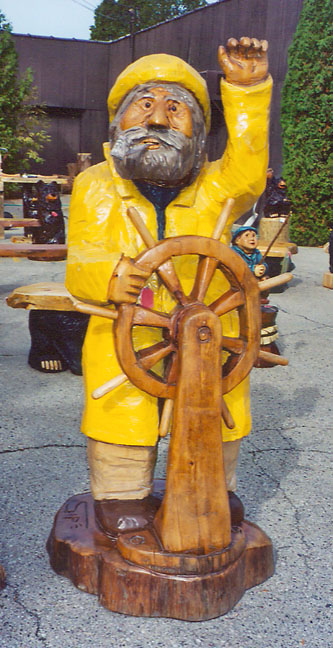 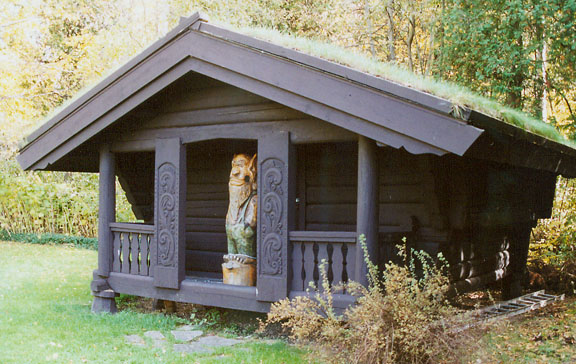 a bit of Norway at Lawrence University - North 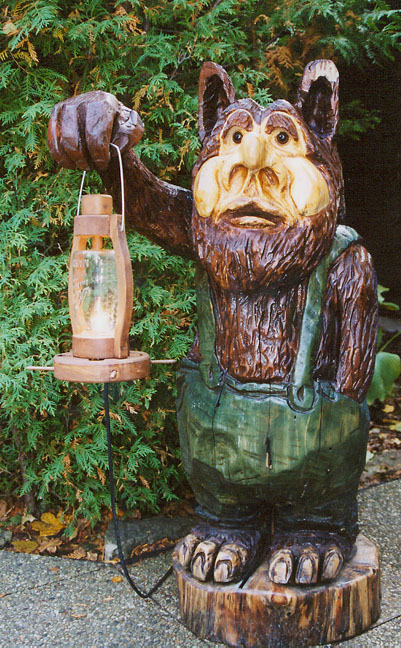 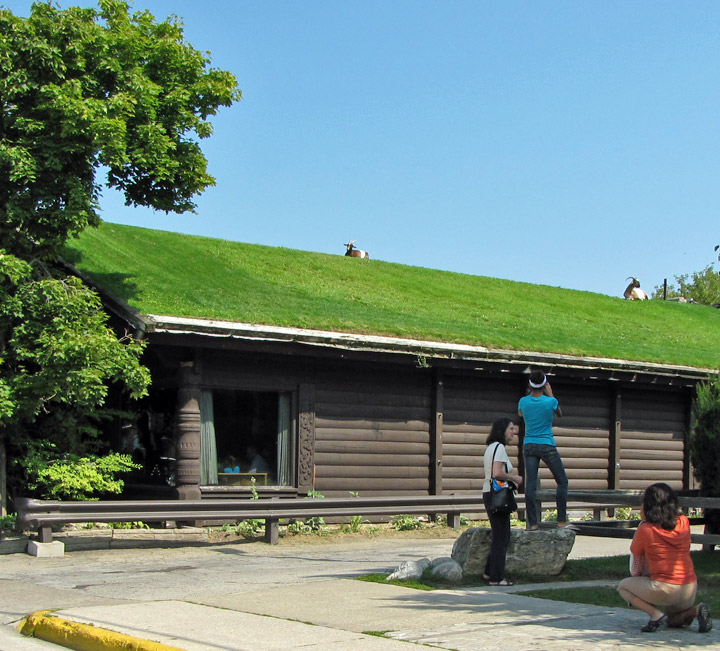 photographing the goats on the roof 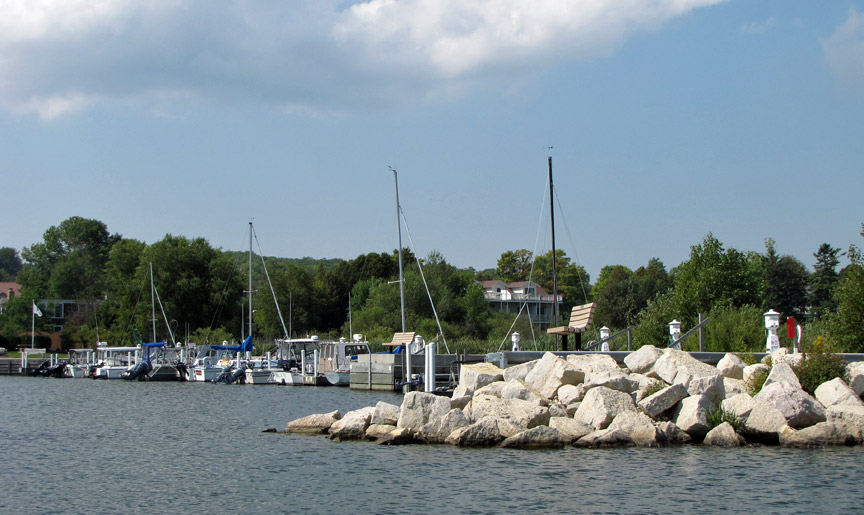 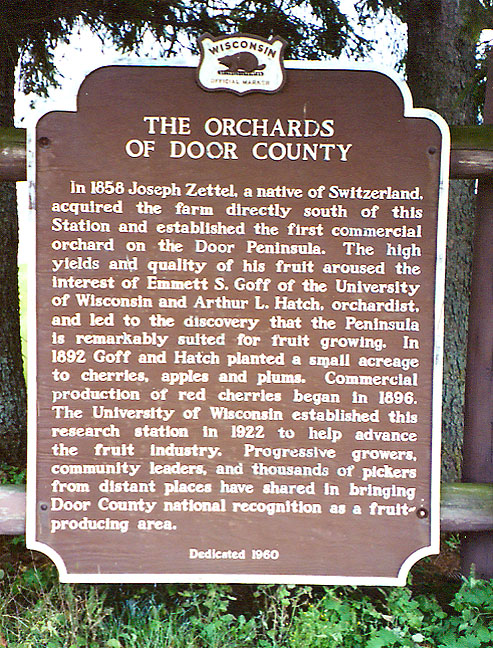 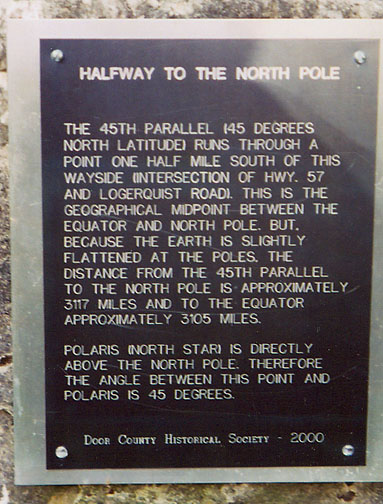 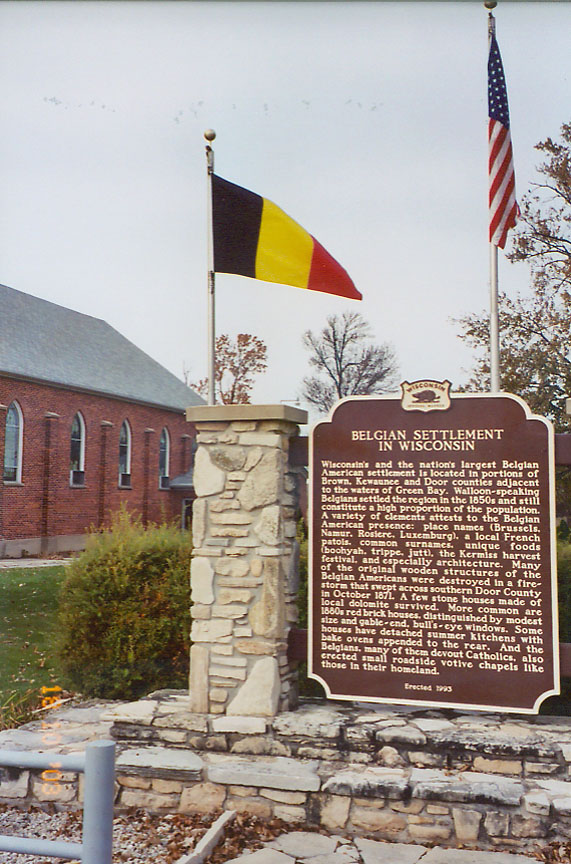 During the 1800s, various groups of Native Americans occupied the area that would become Door County and its islands. Beginning in mid-century, these Indians, mostly Potawatomi, were removed from the peninsula by the federal government under the Indian Removal Act of 1830. Later in the 19th century there was a fairly large-scale immigration of Belgian Walloons, who populated a small region in the county.