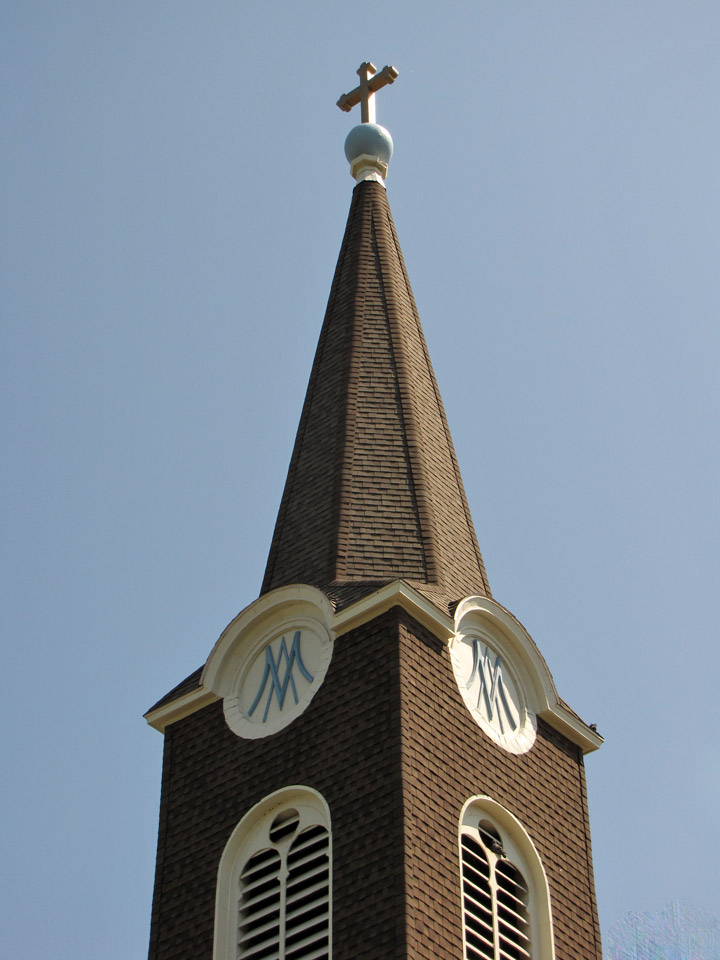 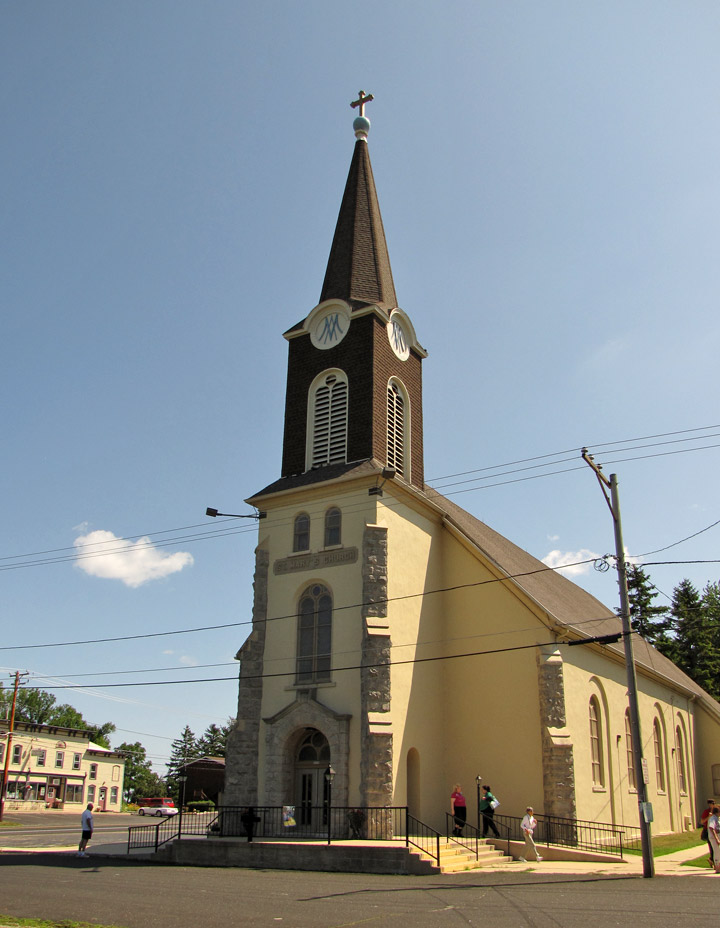 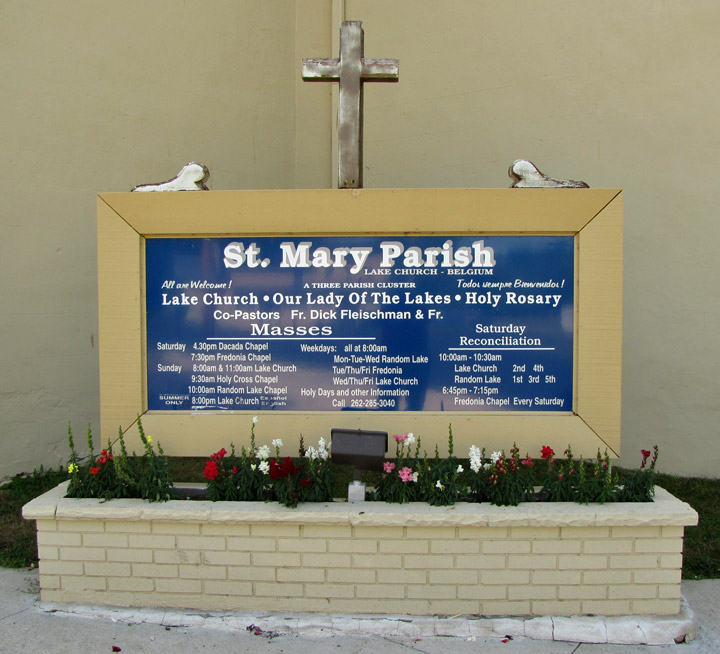 In 1848, these Luxembourg families who had been worshipping at Holy Cross Church in Holy Cross and in the home of Paul Hemmen, an immigrant from Bech-Kleinmacher, Luxembourg, decided to form their own parish. This gave life to St. Mary’s Parish, Lake Church. One of the early settlers, Theodore Reiman, donated a parcel of land for a church and cemetery and soon both the parish and the community of Lake Church took shape. The community was called “Lake Church” because of its close proximity to Lake Michigan and the prominence of St. Mary’s Church. 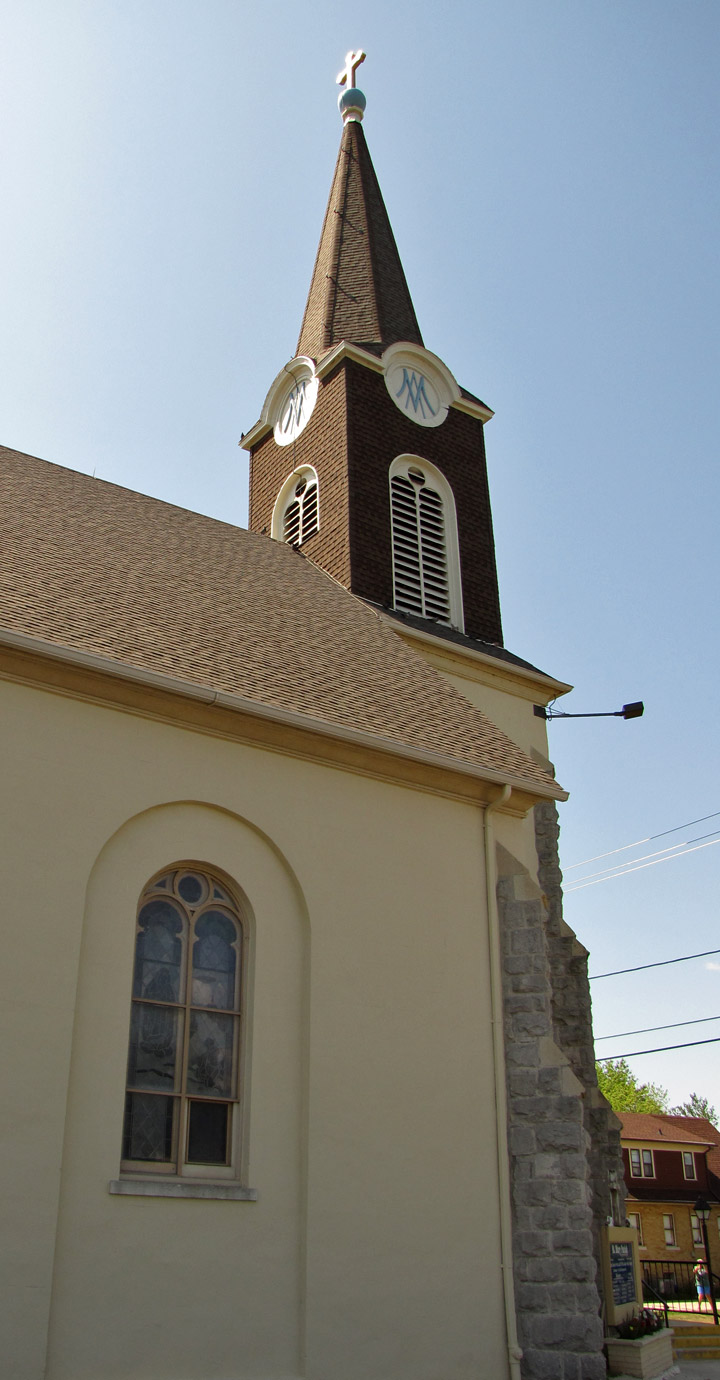 Because of the Luxembourgers’ deep devotion to the Blessed Mother, the parish was named St. Mary’s and was placed under the patronage of the Nativity of Mary celebrated traditionally on September 8th. 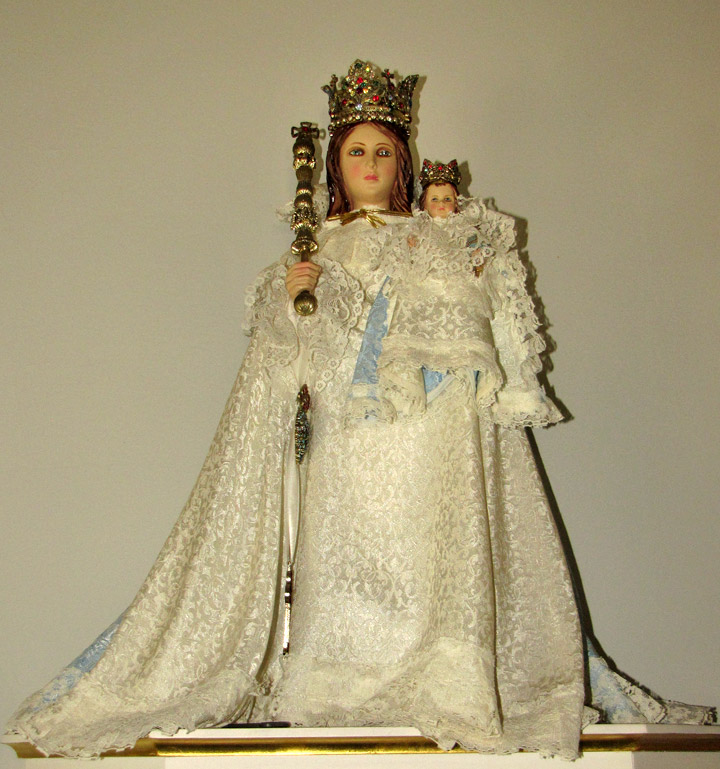 Our Lady of Luxembourg, Consoler of the Afflicted

In the early years, the parish was a mission of nearby Holy Cross Church and later of St. Mary’s Church, Port Washington. Itinerant priests would visit the community to celebrate Mass, hear confessions, baptize, marry, and bury. Two early priests that had an important impact on the parish were Fr. F. X. Sailer and Fr. Fabian Bermadinger, noted pioneer priests of the Archdiocese of Milwaukee. 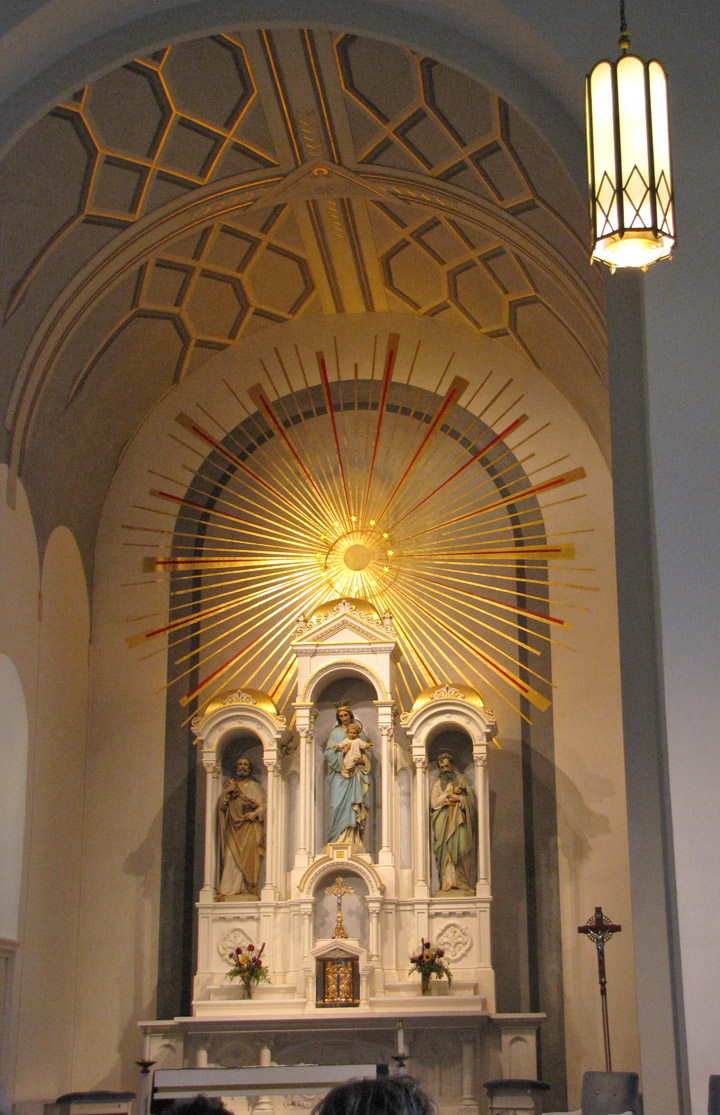 The first house of worship built by St. Mary’s congregation was a small log church. After sometime the parish built a substantial stone church in the style of their churches back in Luxembourg. According to descriptions of the church, it contained impressive paintings depicting the life of Christ as well as ornate furnishings.

On July 23, 1884, the stone church was struck by lightening during the night and virtually destroyed. The pastor, Fr. Henry Stemper, immediately began the process of building a new church. Fr. Stemper was a newly ordained priest and hailed from nearby Port Washington. Both of his parents were Luxembourg immigrants. Under the leadership of Fr. Stemper the present stone church was quickly built. It, too, was a stone church reflecting Luxembourgian architecture and construction techniques. It was built in a simple Romanesque style and dedicated on September 24, 1885.

St. Mary’s Church has changed little since it was built. Its exterior structure is built of stone with cement stucco. The only remnant of the original stone church is part of the east exterior wall of the building that was saved from the old church. As you enter the front doors of the church, note the statue of Our Lady of Consolation, Patroness of Luxembourg in the vestibule. This statue was first added to the church in 1991 but it speaks of the parish’s early Luxembourg founders who formed the parish in faith. While the interior of the church has been repainted numerous times and seen some remodeling, the altars and statuary are original. 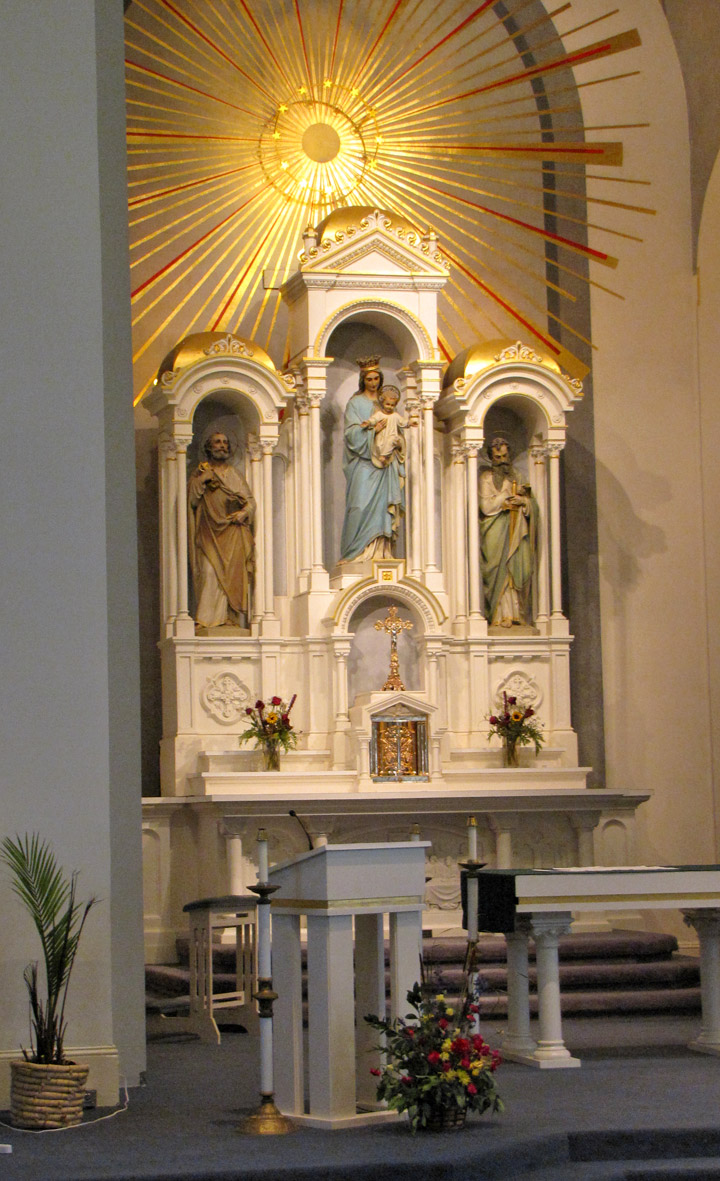 In 1887, also under the leadership of Fr. Stemper, the parishioners organized a parish school. That year, the Sisters of St. Dominic from Racine, Wisconsin were enlisted to teach. Two teaching sisters and a housekeeping sister arrived in Lake Church. They began teaching nearly 80 students in a small public school building across the road from the church while a new parochial school building was constructed. In 1888, a substantial brick school was completed along with an attached convent. This building served St. Mary’s School until the early 1970s though a new “modern” school was built in 1949. The Racine Dominicans continued to serve the parish for 101 years until 1988. The parish school closed in 2009. 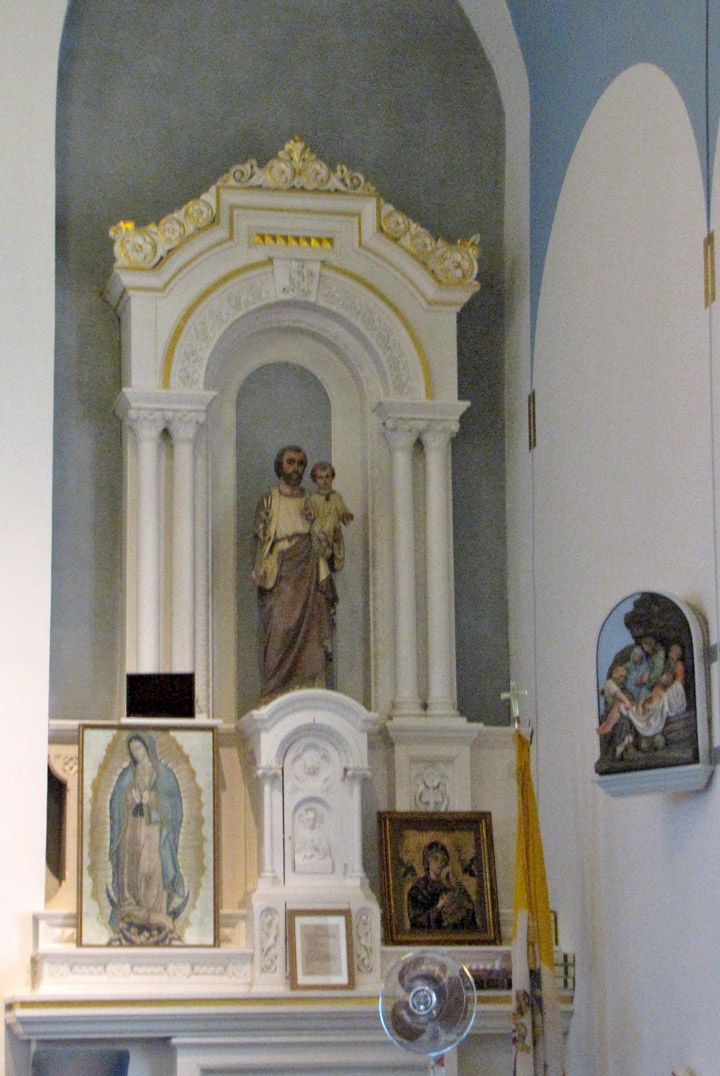 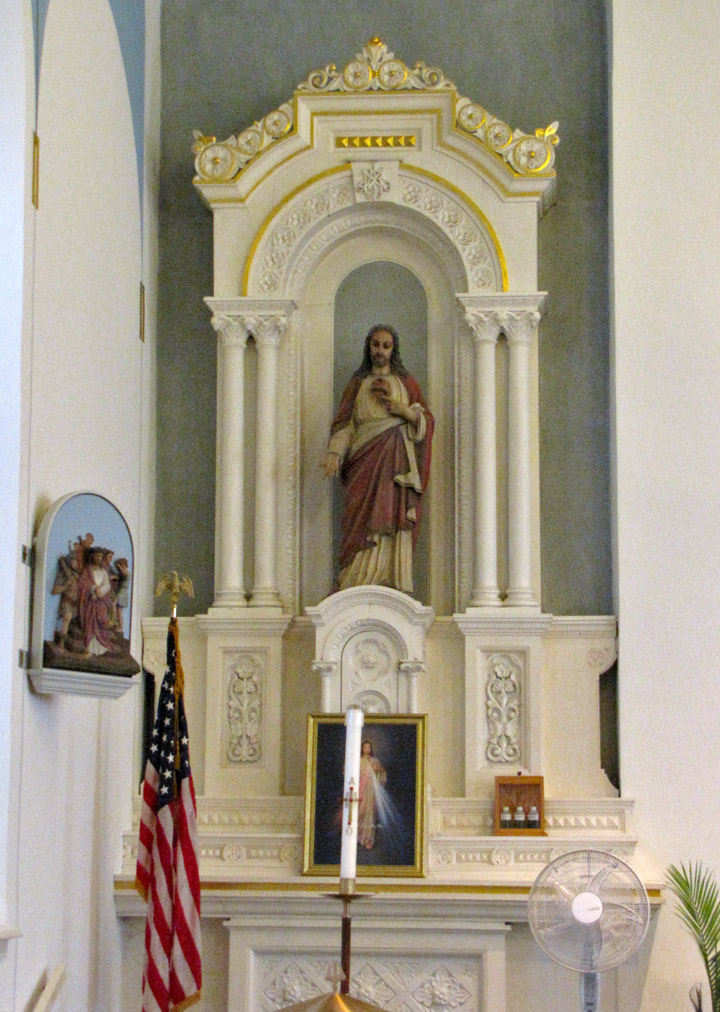 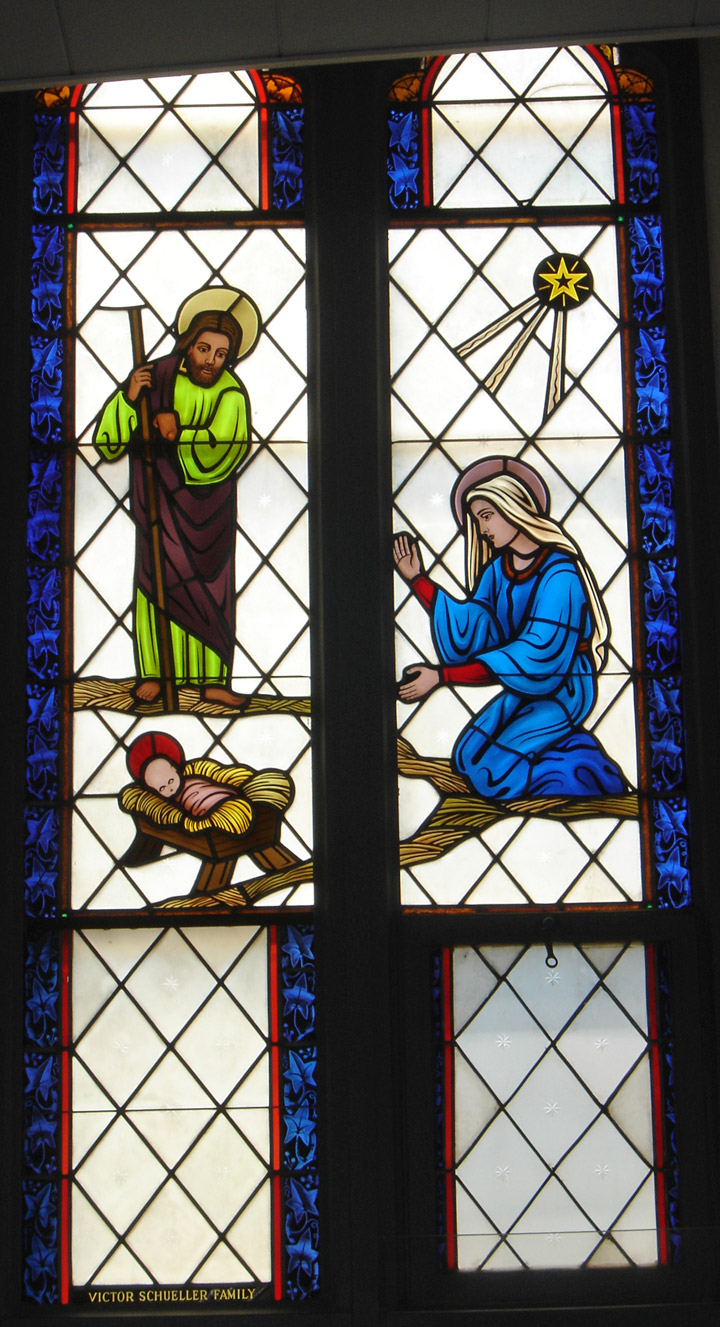 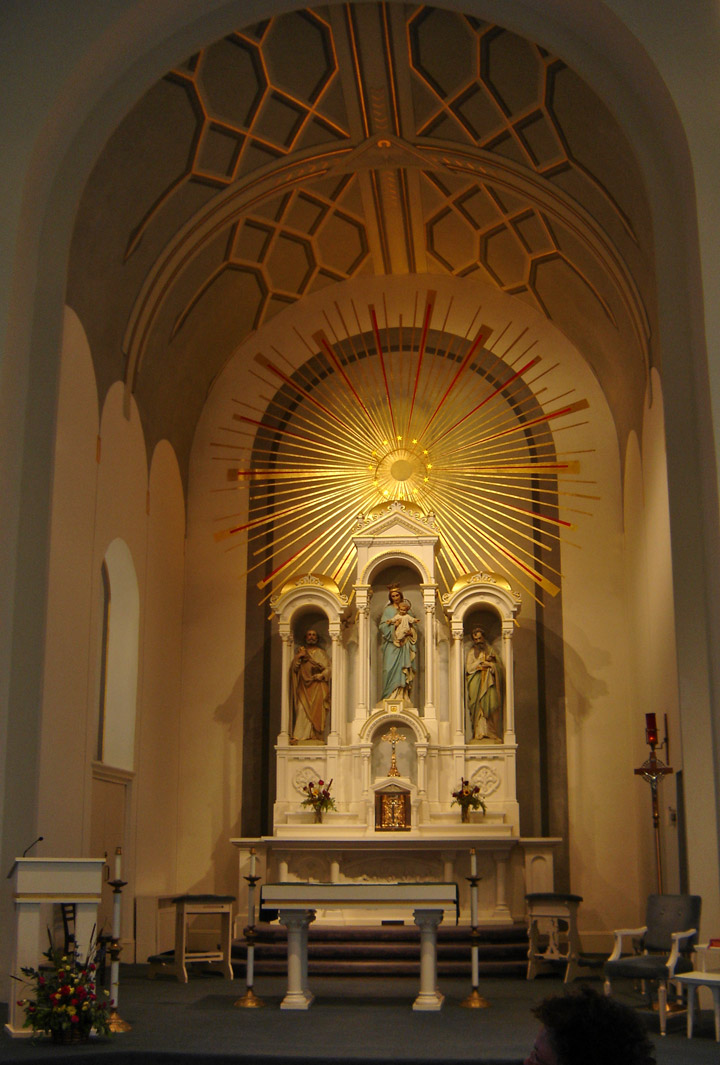 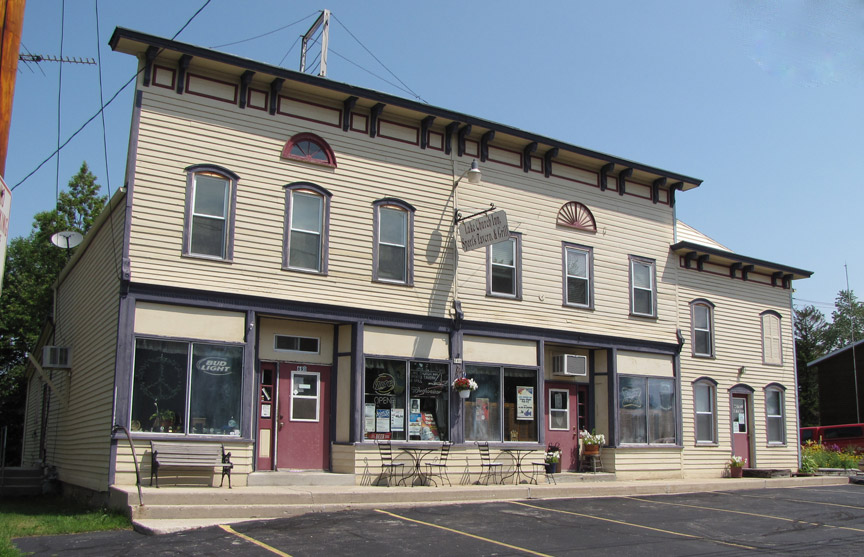 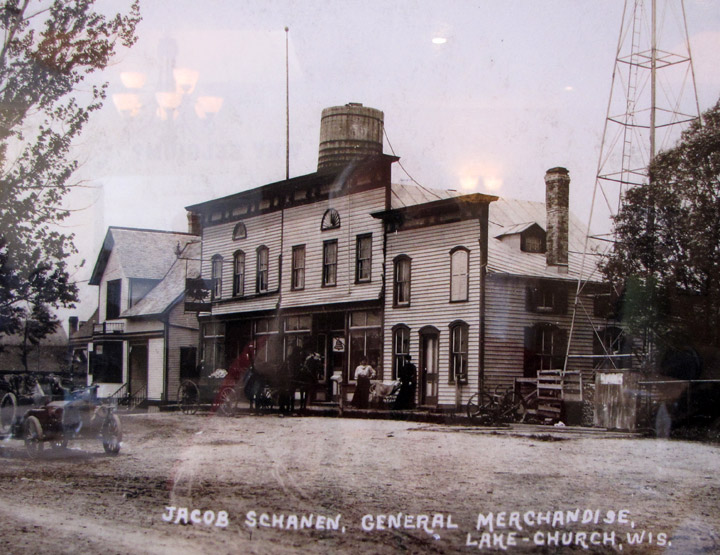