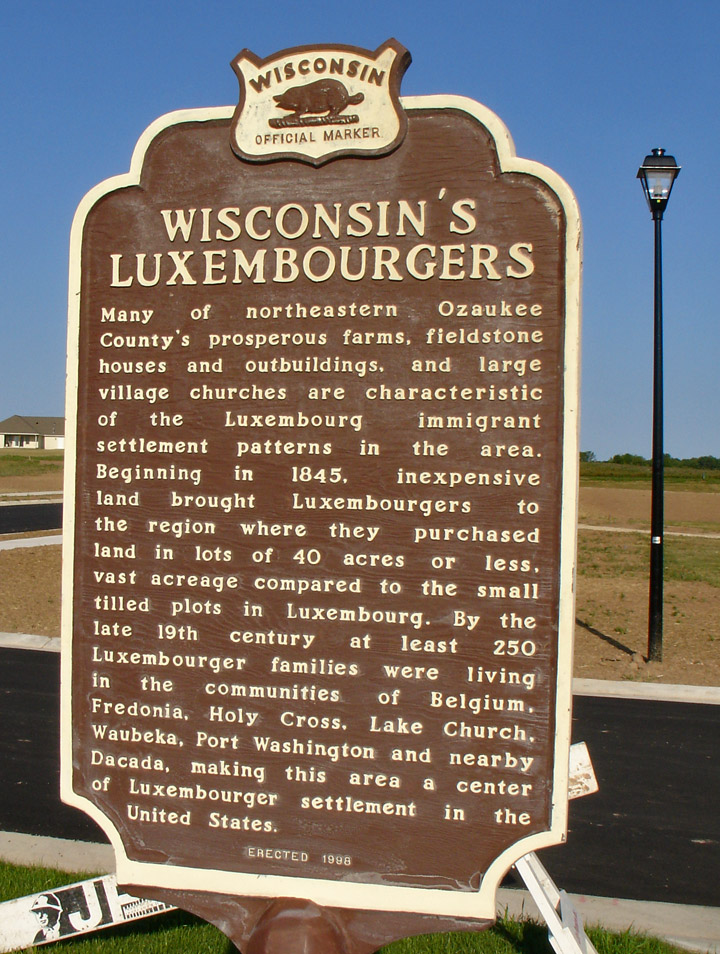 The Luxembourg American Cultural Center’s Research Center (RC) is home to the largest collection of resources pertaining to Luxembourg genealogy/heritage/culture outside of the Grand Duchy of Luxembourg.  The RC is also home to genealogical resources for families of any ethnicity from Northern Ozaukee County, Wisconsin 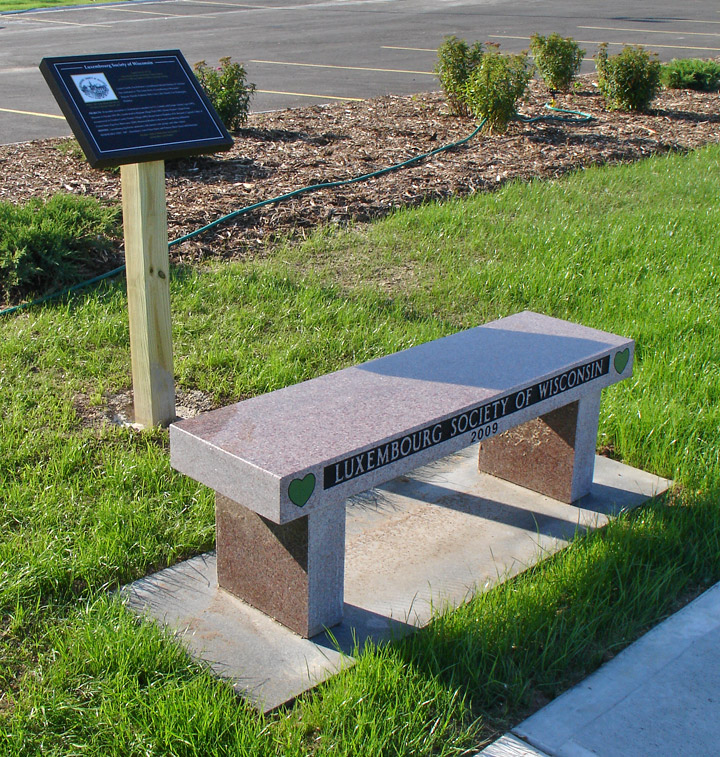 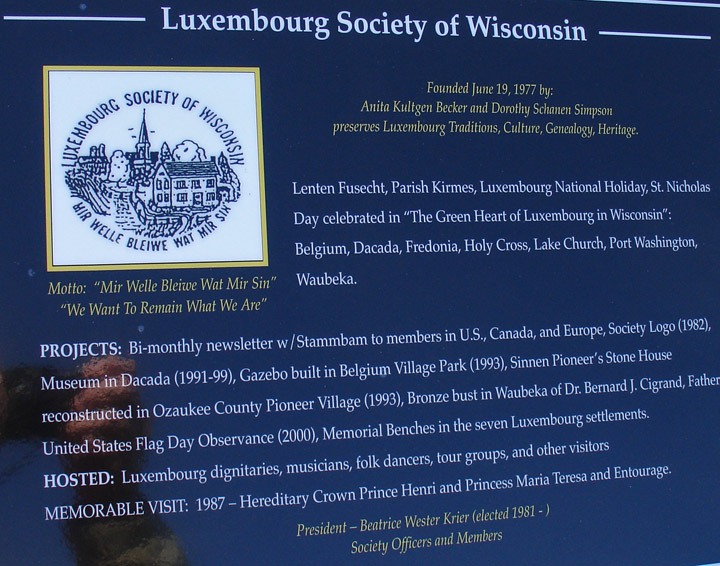 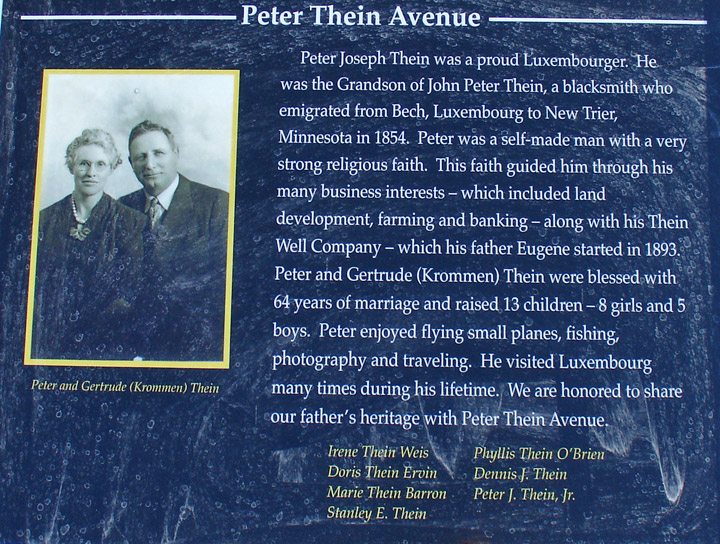 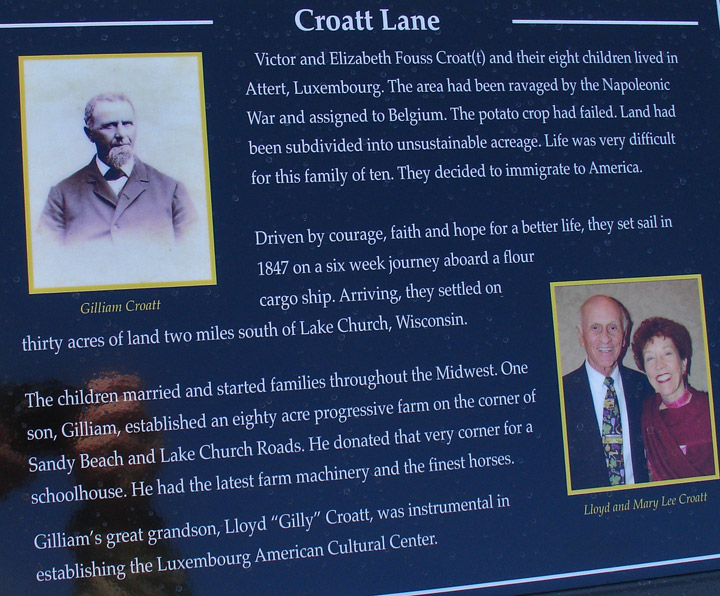 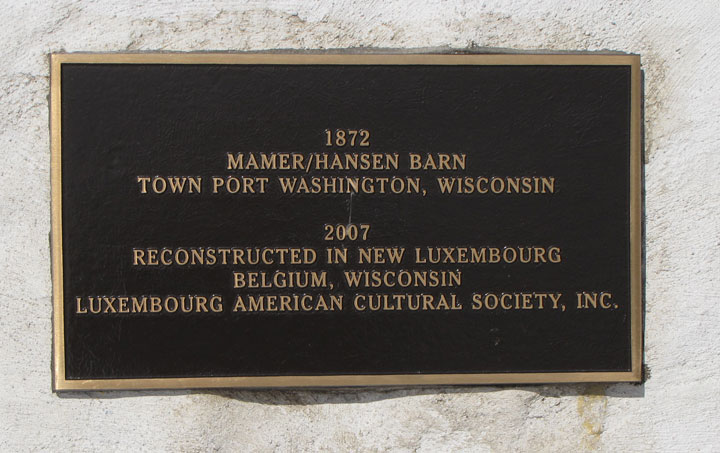 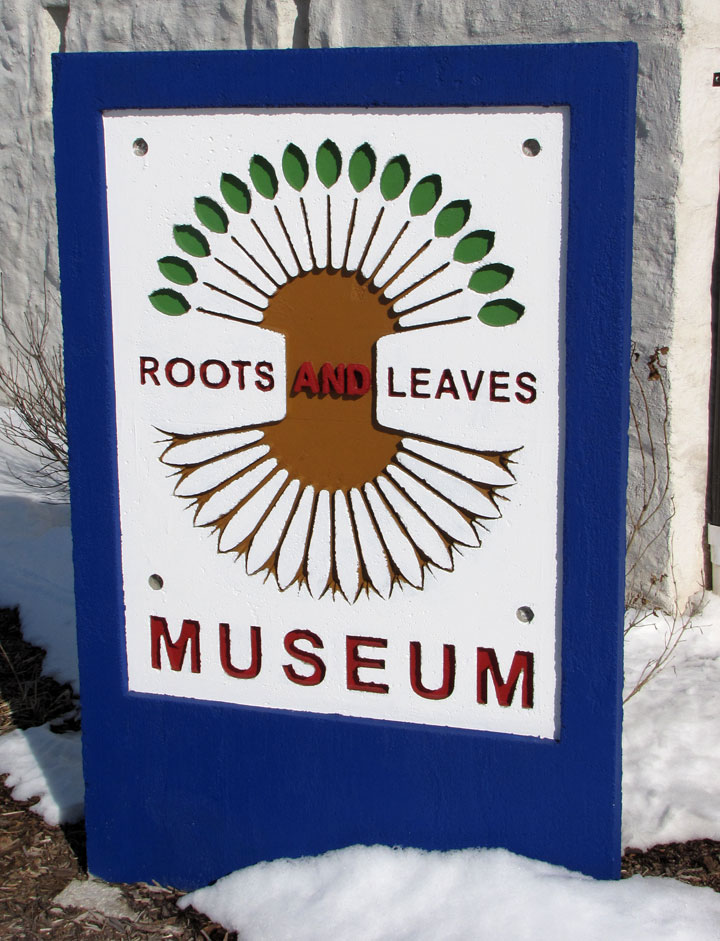 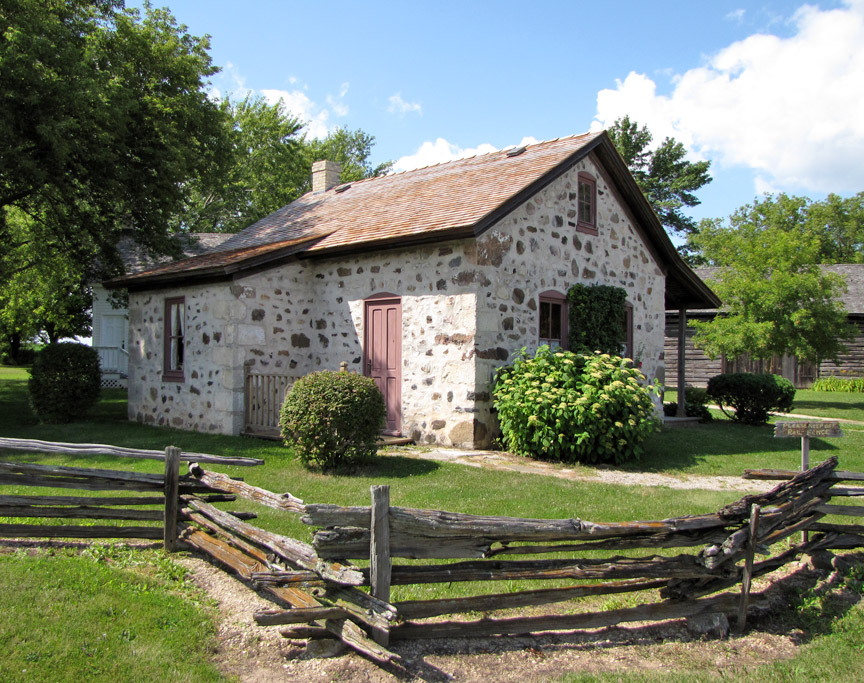 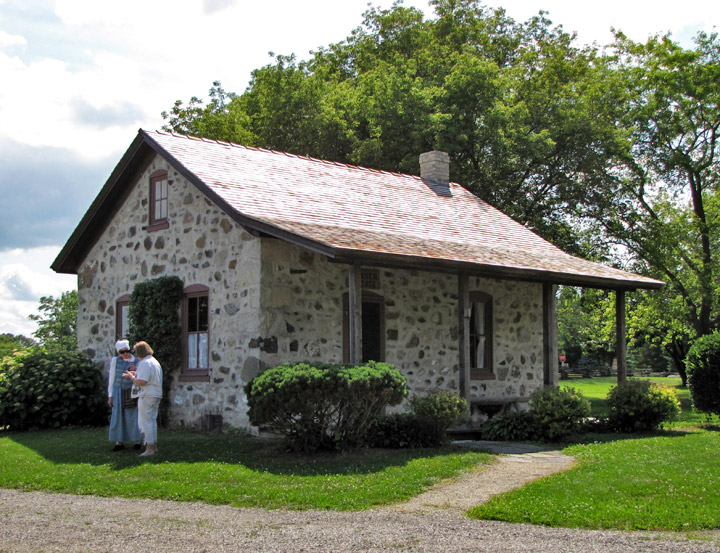 Nestled in Ozaukee County’s Pioneer Village, among historic buildings dating from the 1840s to the early 1900s, is the Sinnen Luxembourg Settler House. The story-and-a- half stone house, built by the Luxembourger immigrant Mathias Sinnen, dates back to the mid-1870s. While the home stood on its original site near Dacada, Wisconsin for approximately 120 years, it now is located 11 miles away in the historic setting of Pioneer Village. The Sinnen House stands as a tribute to all Luxembourgers who settled in Ozaukee and Sheboygan Counties, Wisconsin. 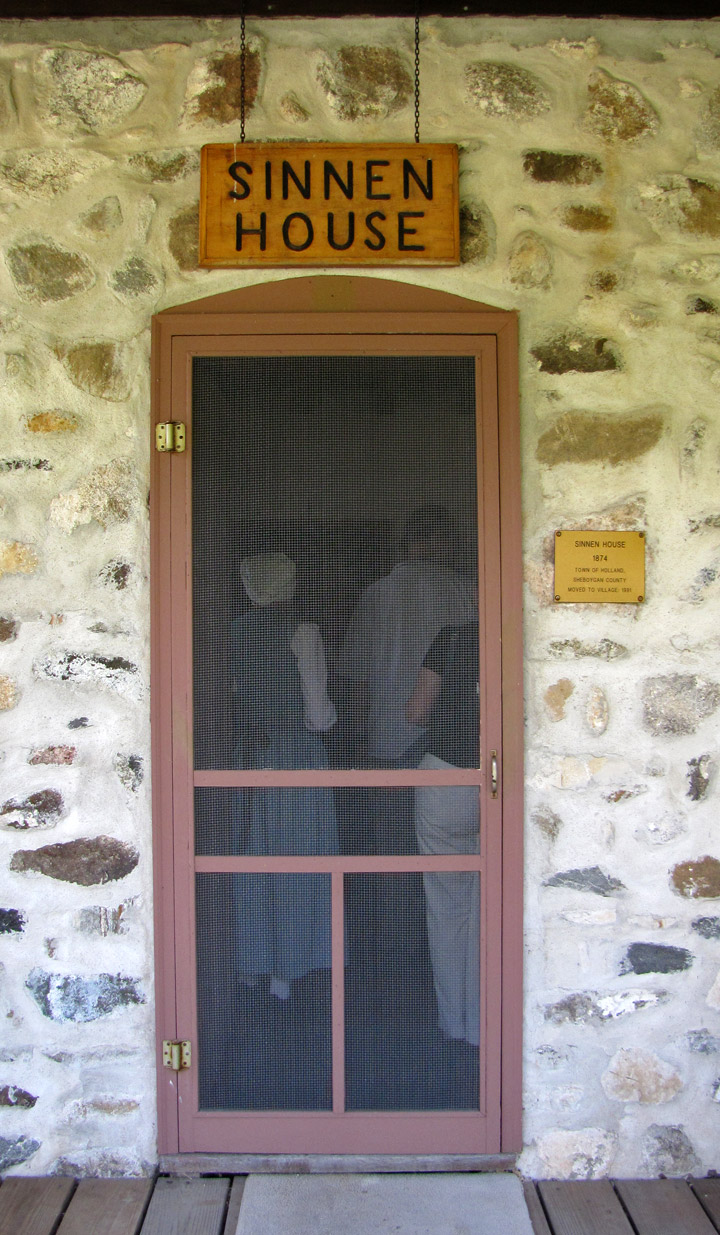 The effort to preserve the Sinnen House dates back to 1988 when a conference on stone houses was held at Old World Wisconsin in Eagle, Wisconsin. At that time, representatives from the Grand Duchy of Luxembourg presented the concept of preserving Luxembourg heritage in America through the preservation of Luxembourg immigrant pioneer buildings in Wisconsin, Iowa and Minnesota. Shortly thereafter, the Ozaukee County Historical Society endorsed the effort and granted permission for the reconstruction of a stone house in Pioneer Village. 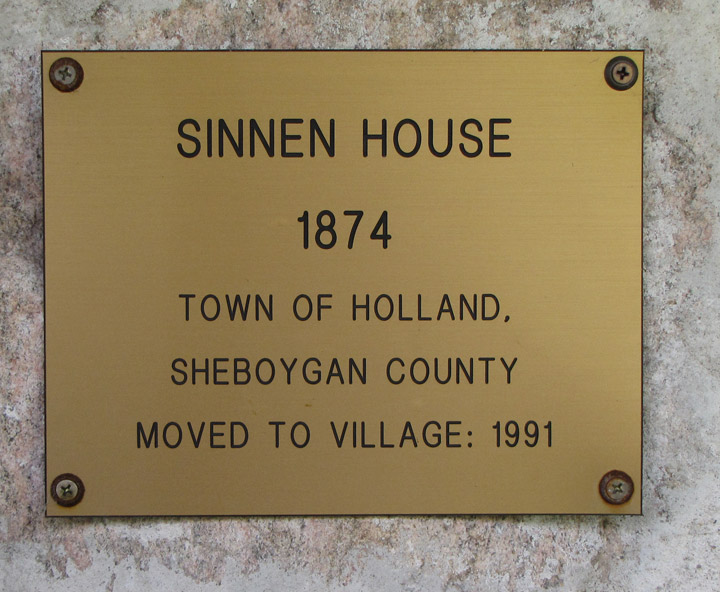 In 1989, Georges Calteux, the Director of National Sites and Monuments in Luxembourg, began his research to find a suitable Luxembourgian stone house for restoration. The Luxembourg Society of Wisconsin, a newly formed Luxembourg Heritage Society, and the Letzebuerger Kultur an Amerika organization joined forces to fund and coordinate the project. 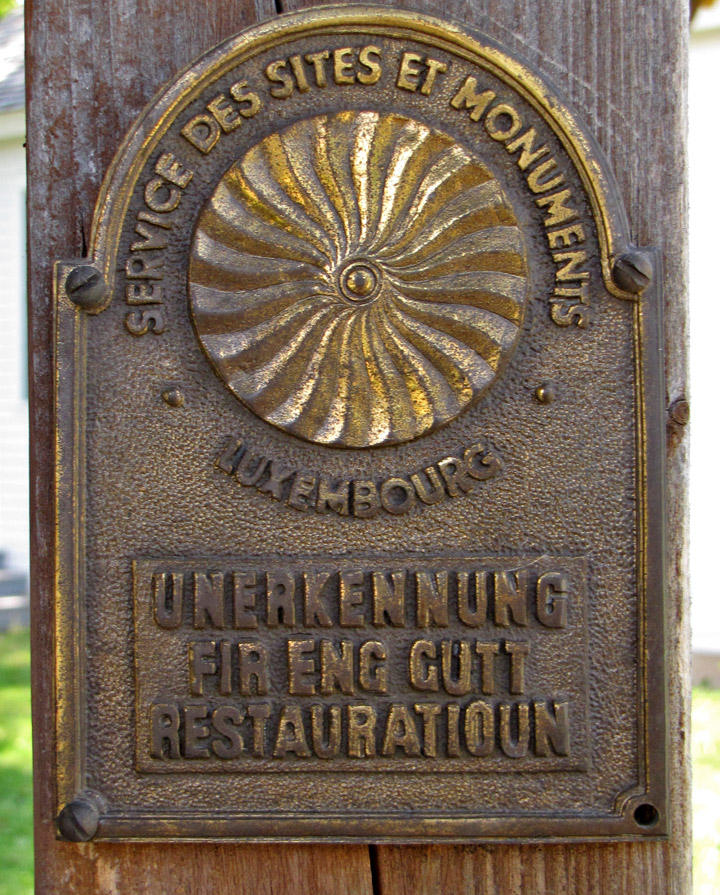 Though standing in ruins, the Sinnen House was selected for the Wisconsin restoration project. This plan was formalized in Echternach, Luxembourg on July 5, 1991 by Georges Calteux and Bea Krier, president of the Luxembourg Society of Wisconsin. 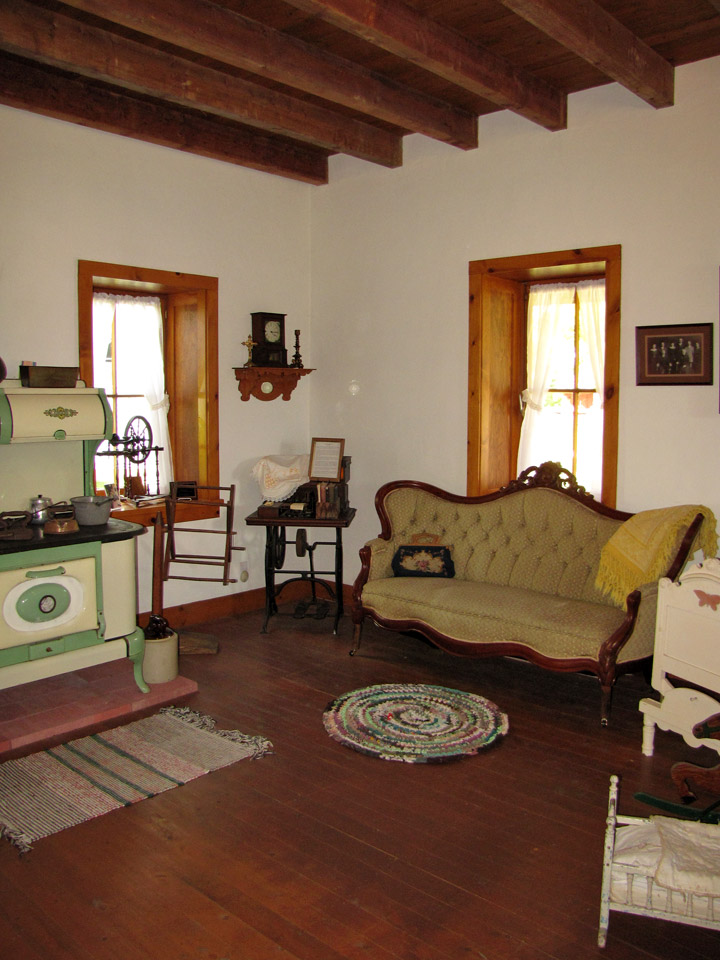 In 1992, the Sinnen House ruins were donated for the restoration project by the Vorpahl family who owned the property. The Sinnen House was measured, photographed and the quoins (corner stones) were numbered. Paulus Construction of Belgium, Wisconsin oversaw the dismantling of the house and also poured the new foundation for the house at Pioneer Village.

In early August, seven stone masons from Luxembourg began rebuilding the Sinnen house. Volunteers from the Luxembourg Society of Wisconsin, under the direction of Lloyd Croatt and Sylvin Watry, mixed concrete and hauled stones for the project and also provided meals for those involved. Lumber from Luxembourg was used in the restoration project. Eight tons of lumber, including oak beams, windows and doors, and tools were donated by the lumber association of Luxembourg. The association also paid for the shipping of the freight to America. 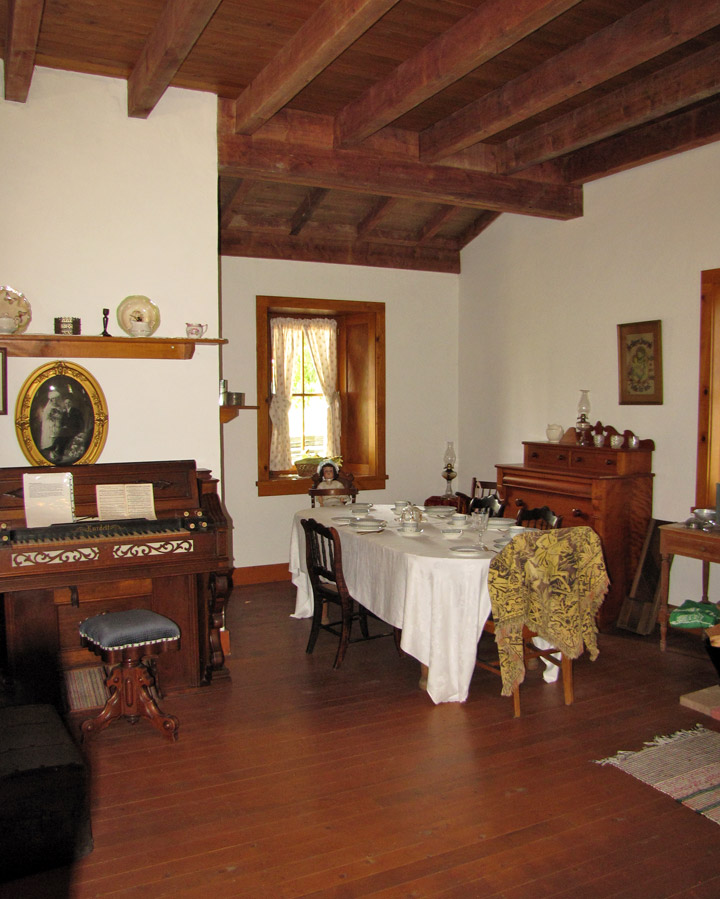 Both the Luxembourg crew and the volunteers from Wisconsin worked for three weeks in August and the rebuilding of the house was well underway. In September, another work crew came from Luxembourg to finish the roof. 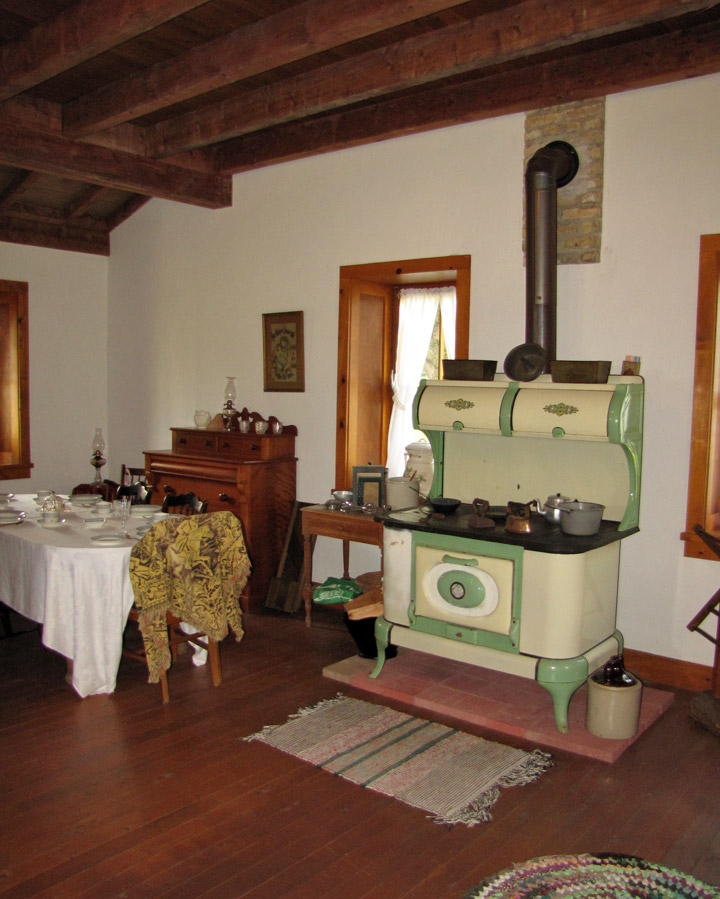 Work resumed on the Sinnen House in the summer of 1993. Floors were varnished and preparations were made for displays and furnishing. The 20 x 24 foot structure was completed and fully furnished for its dedication celebration on August 14, 1993. Distinguished guests and speakers at the ceremony included Luxembourg’s former Prime Minister, Pierre Werner, Honorary Consuls of Luxembourg in the US – Robert Schaeffer, Richard Witry, and Paul Heinderscheid, along with four of the master craftsmen from Luxembourg who had worked on the house – Ferdy Dumont, Pierre Belhomme, Joseph Elsen and Guy Thomas. 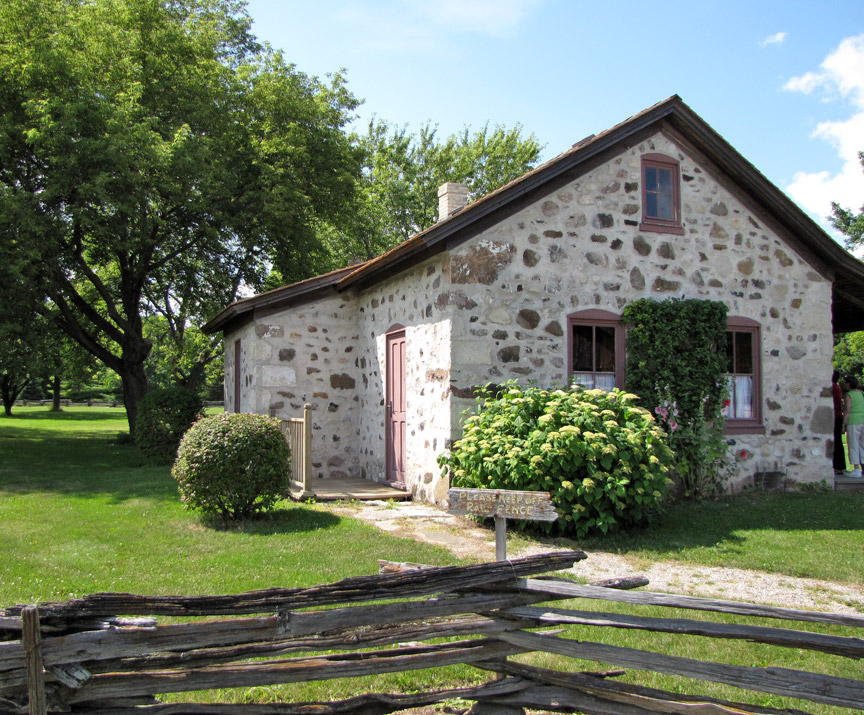 Today, the Sinnen Luxembourg Settler House continues to be a popular attraction for all visitors to Pioneer Village but especially for guests from Luxembourg and Luxembourg Americans. It continues to serve as a proud representation of Luxembourg heritage and culture in Wisconsin. 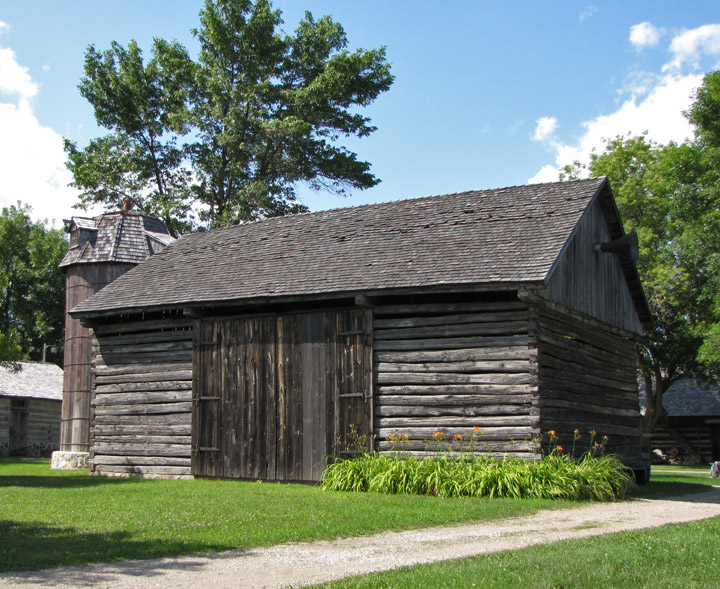 nearby barn in the Pioneer Village

Pioneer Village, including the Sinnen Luxembourg Settler House, is open to the public on Saturdays and Sundays during the summer months and for special events sponsored by the Ozaukee County Historical Society. 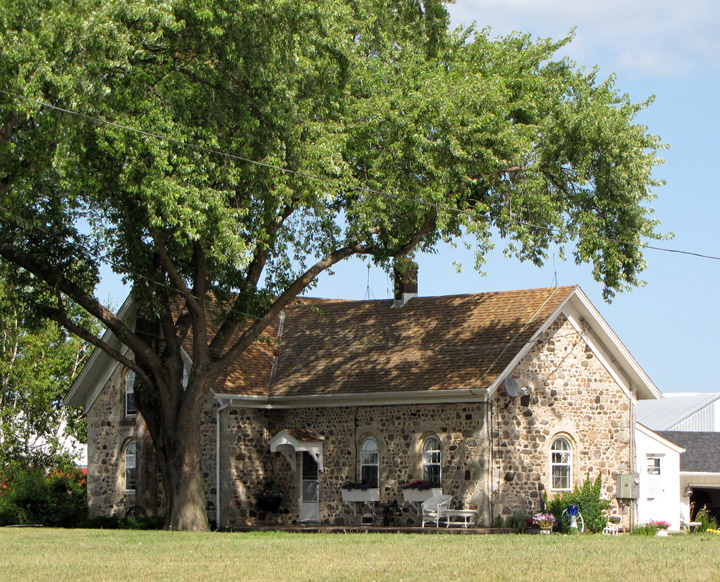 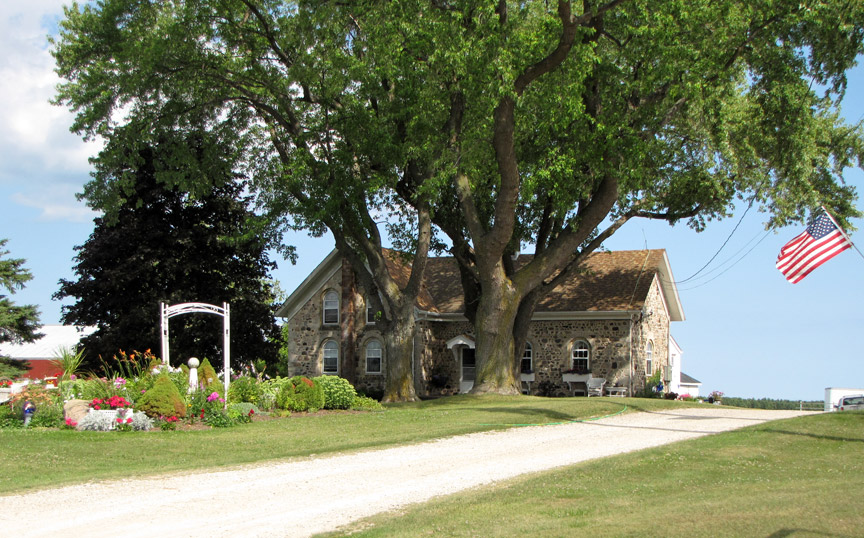 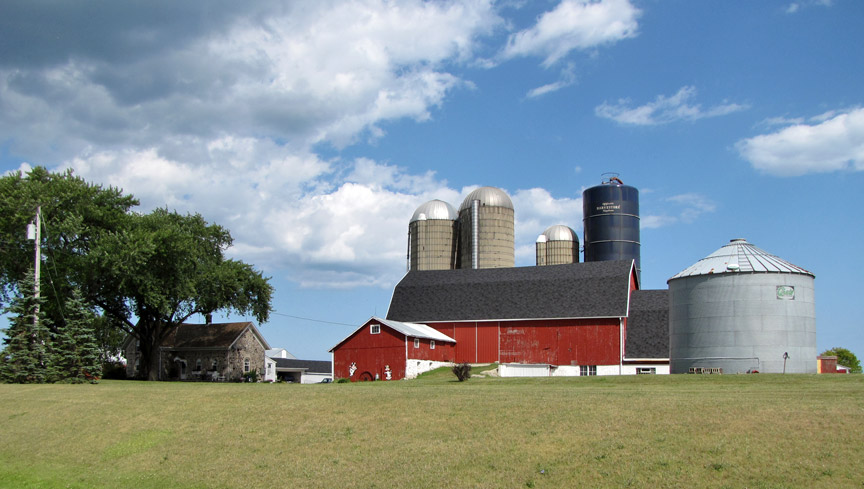 The region of northern Ozaukee and southern Sheboygan Counties is proud to retain approximately 20 stone houses built by Luxembourg immigrants in the second half of the 19th century. These houses reflect Luxembourgian architecture and construction styles and have survived the ravages of time. This same region boasted many more Luxembourgian stone structures including houses, barns, summer kitchens and smoke houses that were demolished over the years because of deterioration, challenges in upkeep, and in the name of “progress”. 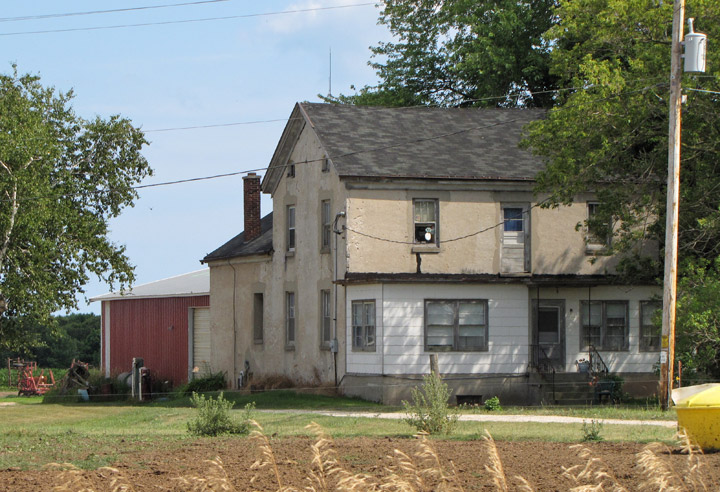 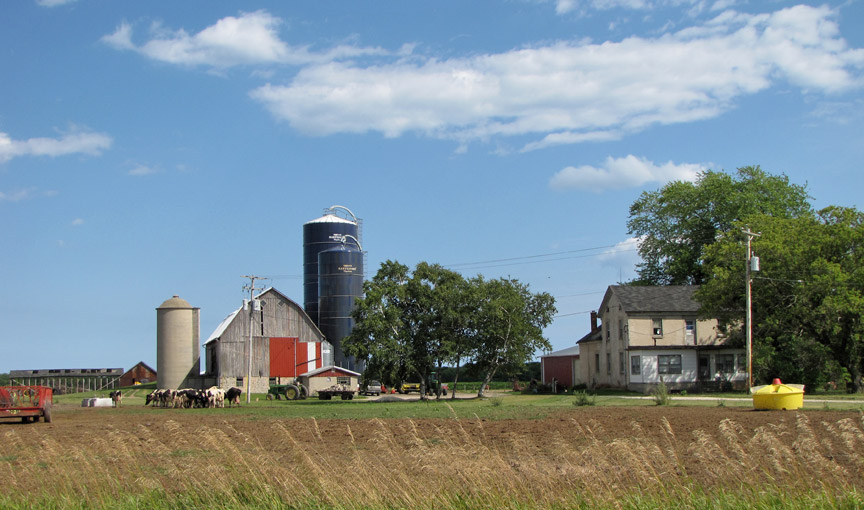 The remaining stone houses of this region are primarily located on County Roads LL, KW, and K which are main roads in the area. A few of the stone houses are located on other side roads in the region. While some of these 20 stone houses stand abandoned and deteriorated, most of them continue to serve as family dwellings. Some have been maintained meticulously and others look more primitive. While most continue to be recognizable with their stone and stucco exterior, a few have been covered with siding for easier maintenance. 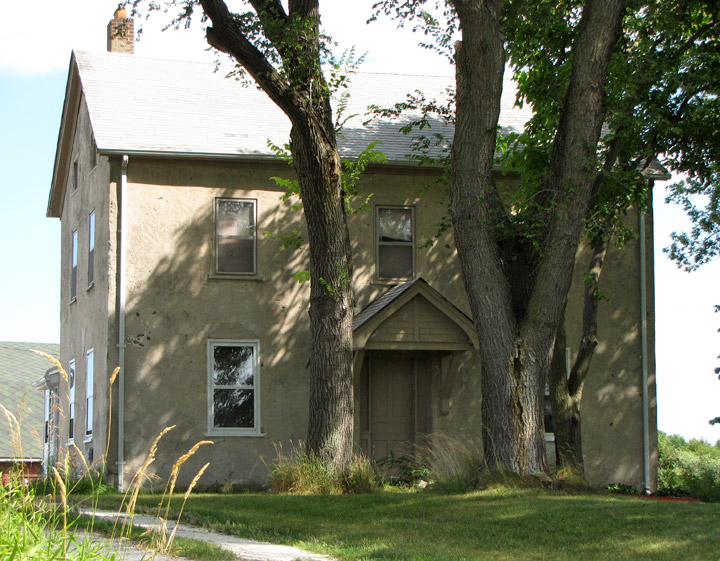 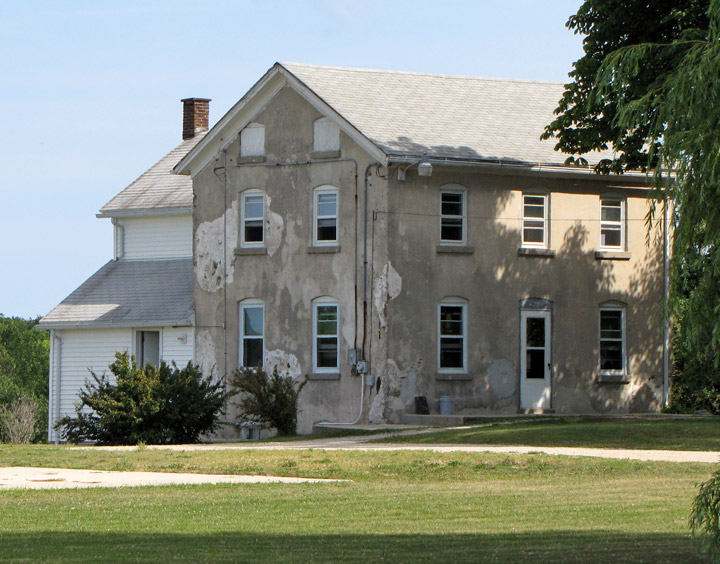 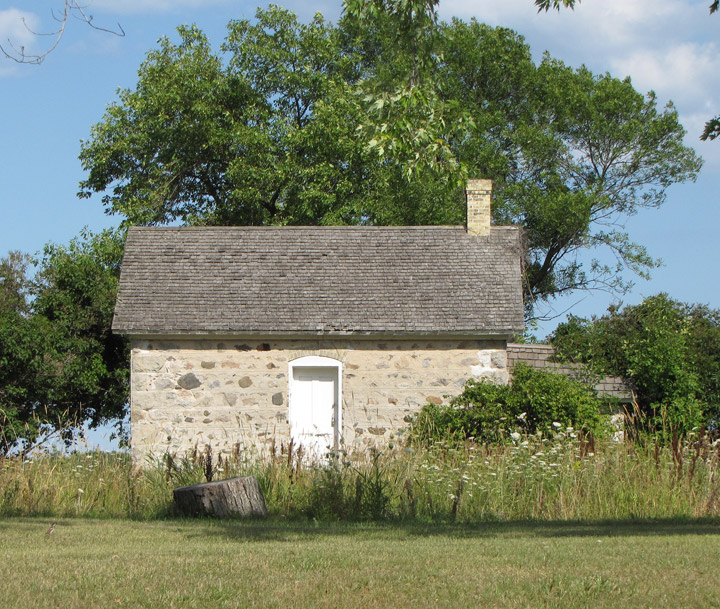 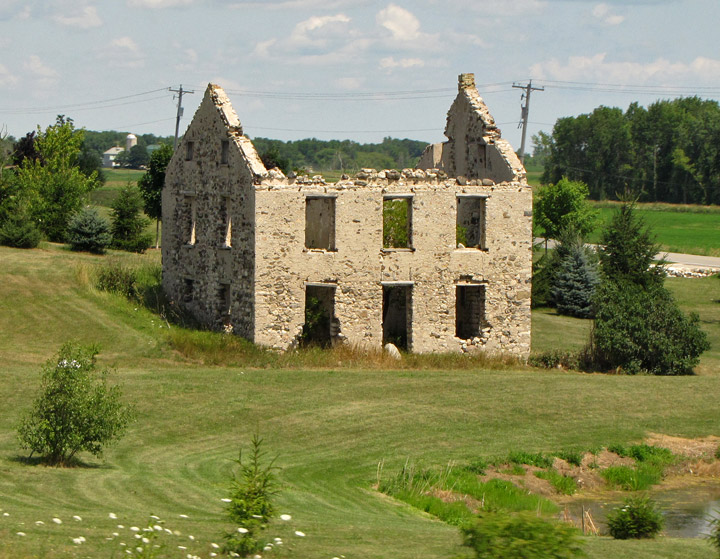 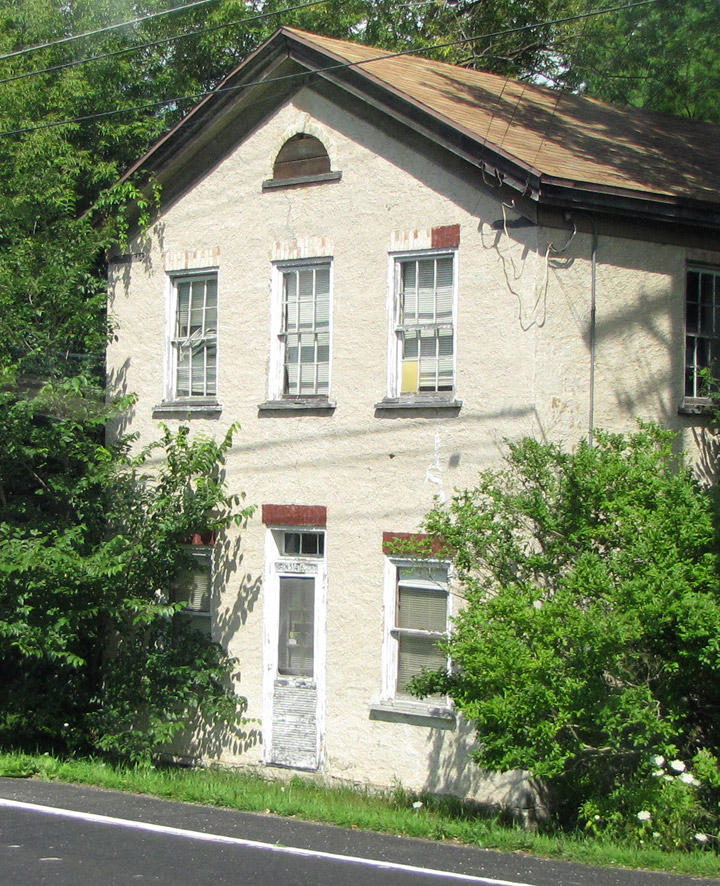 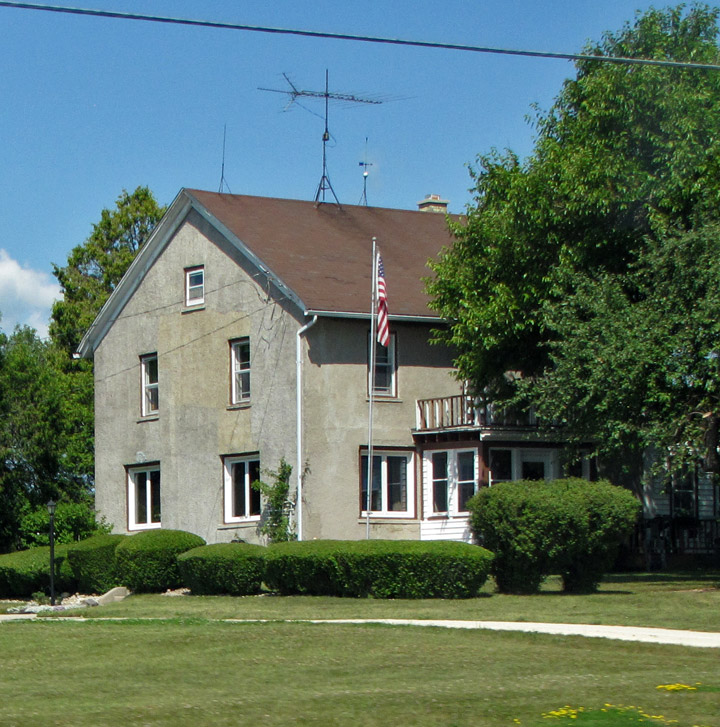