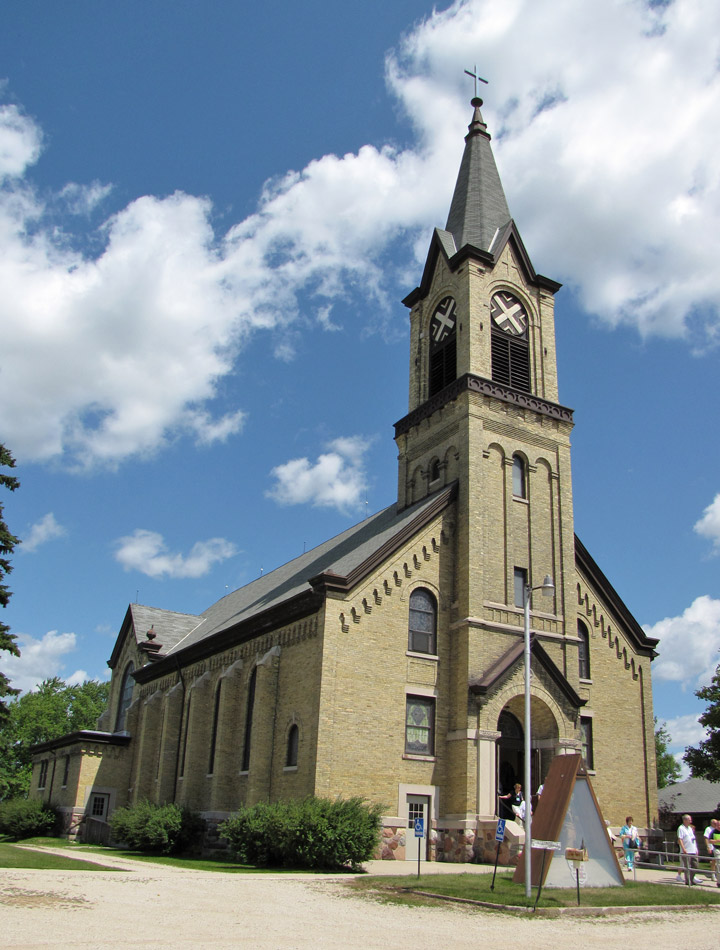 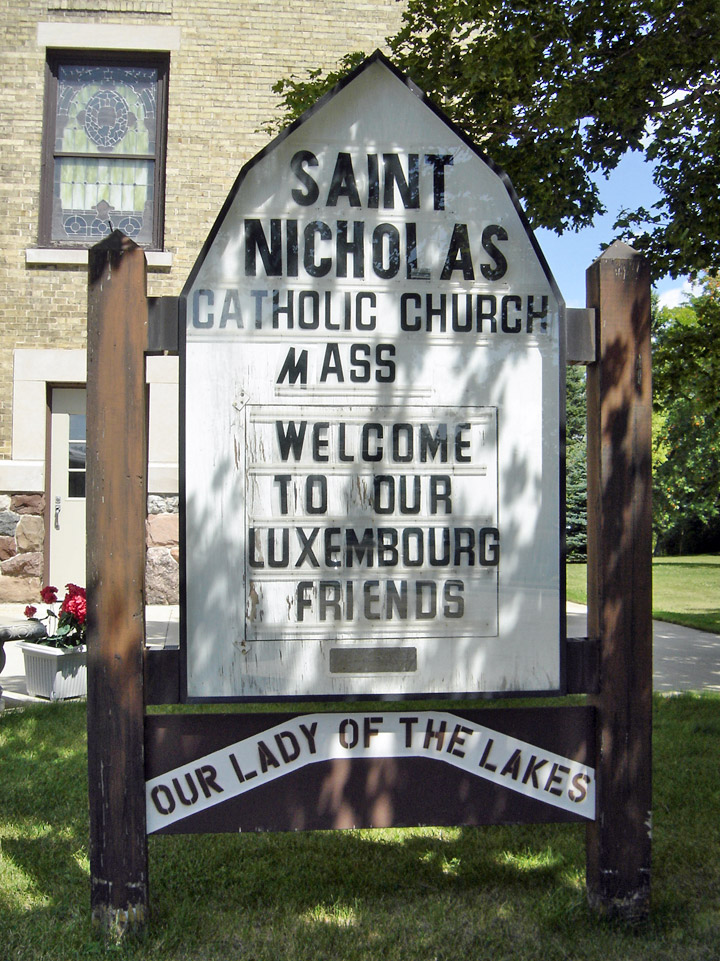 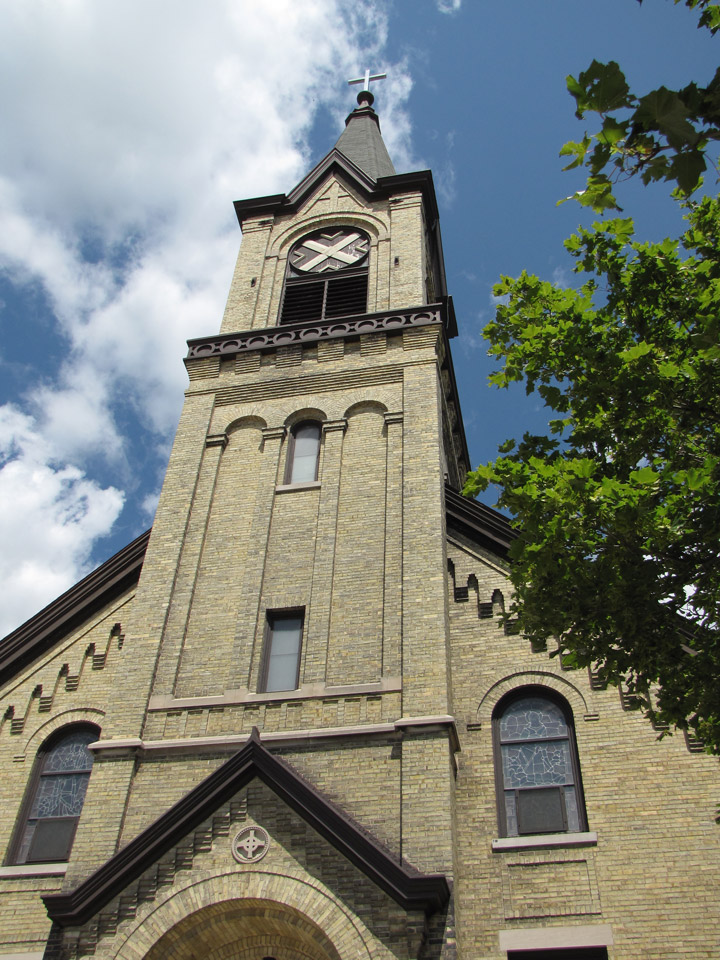 Over the years, the community has bore two names. The most common name “Dacada” is a derivative of the word “Dakota”. The early settlers of the area believed that Dakota Indians were living in that region. The community was also frequently referred to as “St. Nicholas”, one of the Luxembourgers’ favorite saints and the patron of the community’s parish. 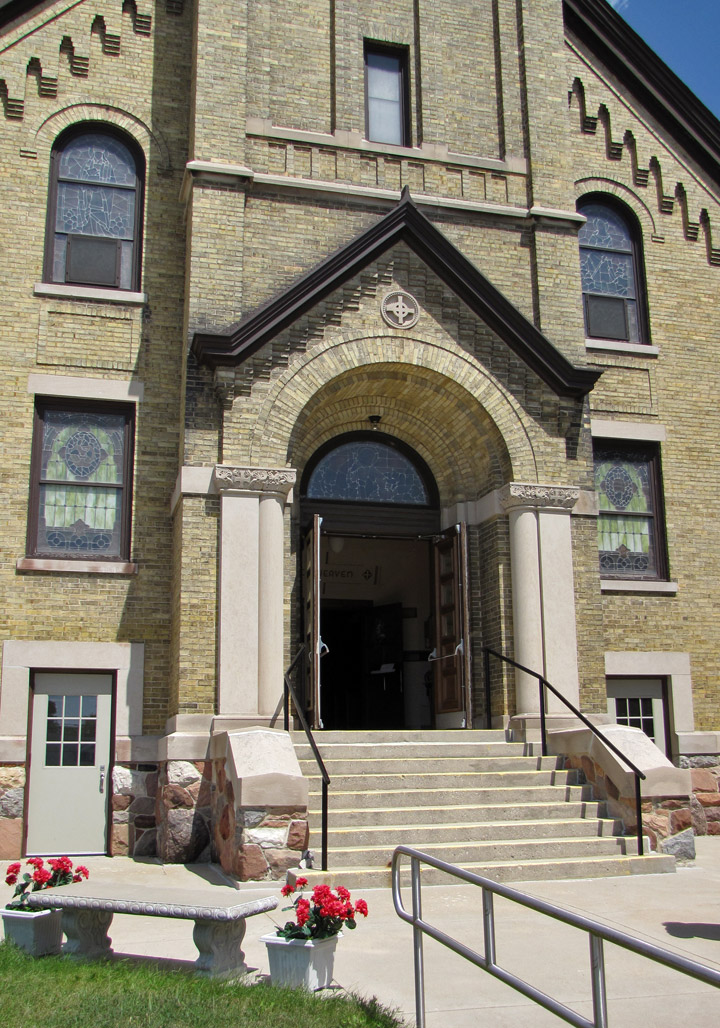 In 1848, the first group of Luxembourg families founded the parish of St. Nicholas. They built a small log cabin church in 1849 – the first church building in Sheboygan County. This structure served the parish until a larger, stone church was constructed in 1863. The old, stone church reflected typical Luxembourgian architecture so familiar to the immigrants. 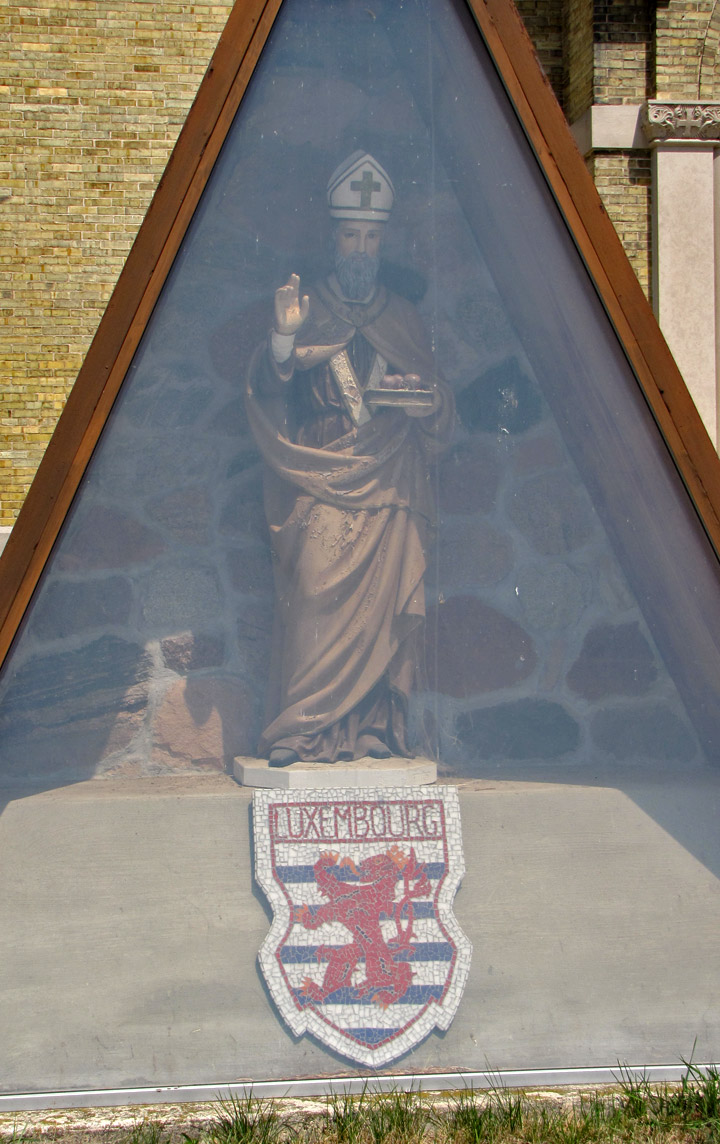 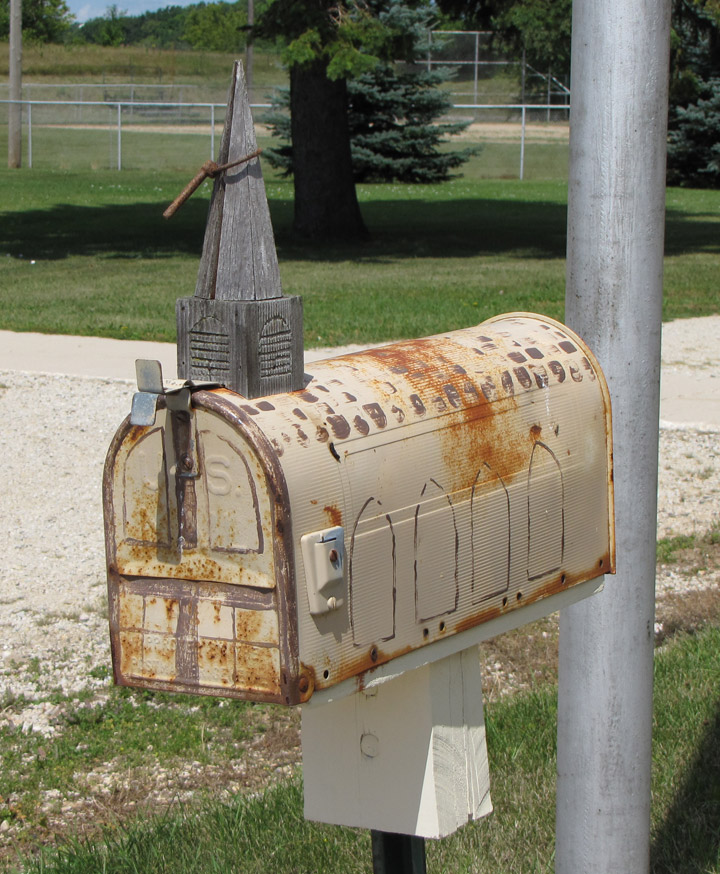 This church was replaced by the current, brick church built in 1911. The present church features a stately pipe organ, natural woodwork, and outstanding stained glass windows with the names of numerous Luxembourg families who were donors inscribed on the lower portion of the windows. 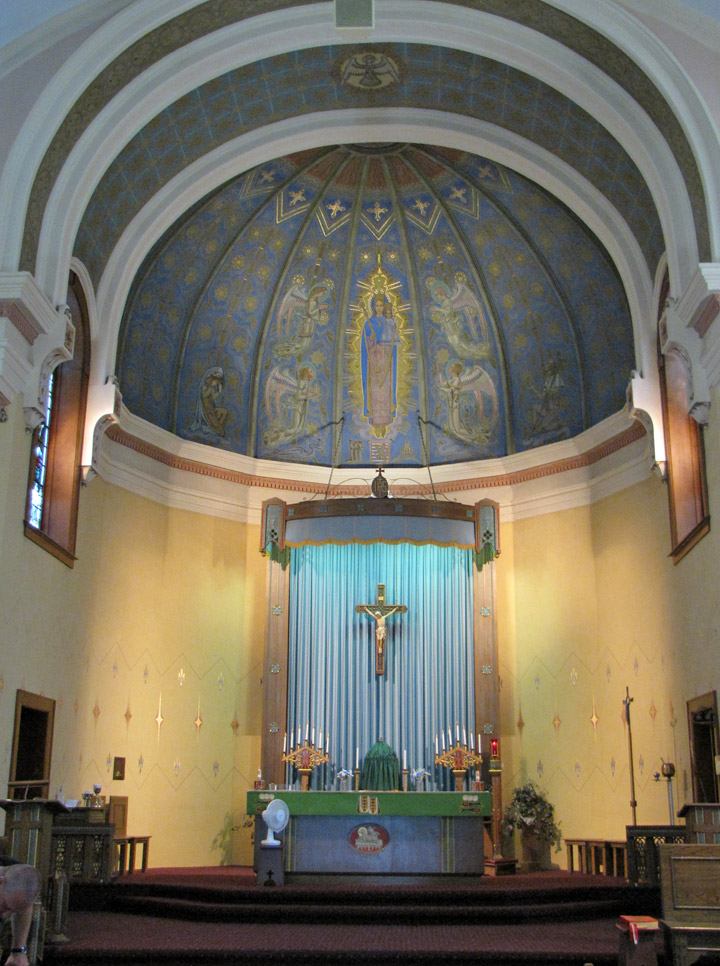 In 1941, the church was extensively remodeled. While the original altars were removed from the church, a lovely mural depicting Our Lady of Luxembourg (Mary, Consoler of the Afflicted) was added to the apse in the sanctuary. The mural, which not only honors the Blessed Mother but also the parish’s Luxembourgian roots, was painted by acclaimed liturgical artist Bernard Grenkhe of the Conrad Schmit Studios of Milwaukee, Wisconsin. Grenkhe used the “al secho” method – painting on wet plaster so as to make the image permanent – a process that took him two months to complete. 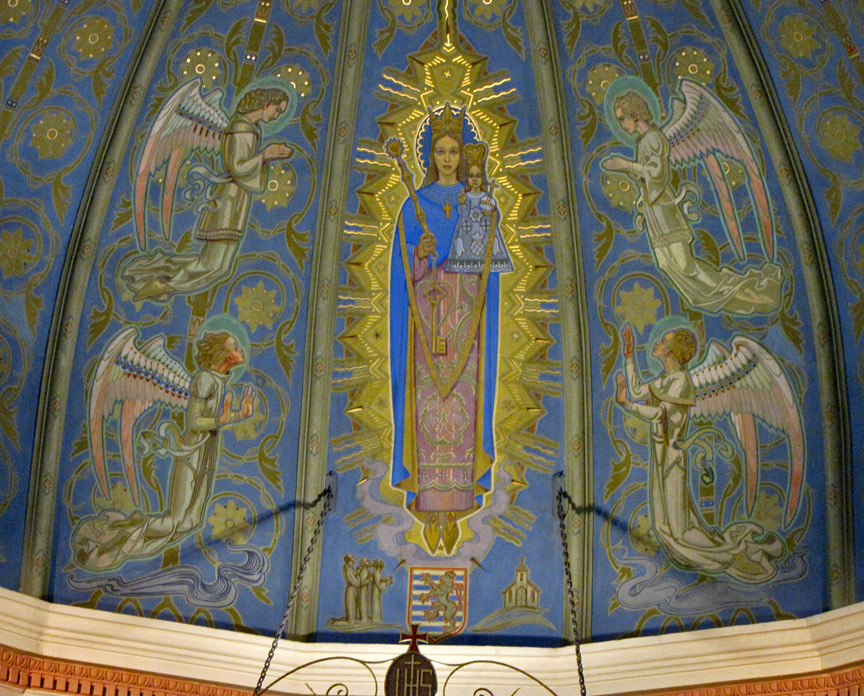 Our Lady of Luxembourg (Mary, Consoler of the Afflicted)

The thought behind the design was to honor our Mother of the Afflicted, the favorite patroness of our Luxembourg forefathers. From the cathedral in Luxembourg, the parish received a postcard bearing the picture of the original image of Our Lady and the coat of arms of the country. From this, we drew our theme for our painting. The Mother of the Afflicted, who guided the destinies of these pioneers through their perilous years of suppression in Luxembourg, should remain an object of prayer and intercession by the children today. Hence, Our Lady’s portrait stands out preeminently in the center of the dome. On either side are the afflicted looking up to her for help and succor, while the angels surrounding our Blessed Mother, glorify her power of intercession and offer encouragement and inspiration to those seeking her help. 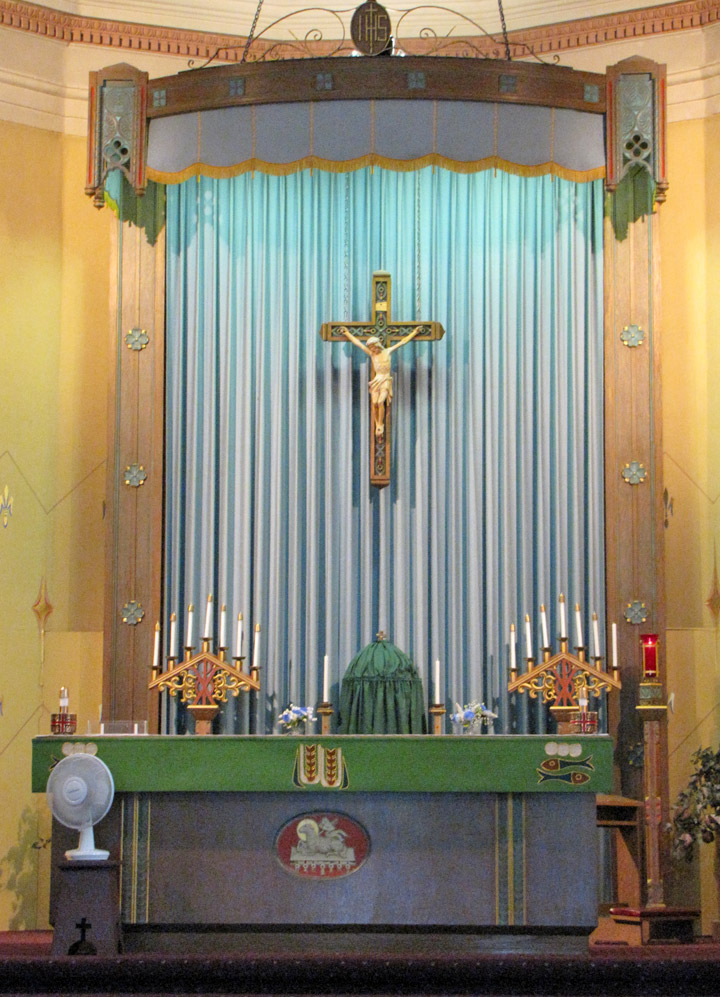 Below Mary is a duplicate of the coat of arms of Luxembourg, flanked on either side by the picture of the little church on the right, and worshipers on the left, an example of faith to present and future generations. 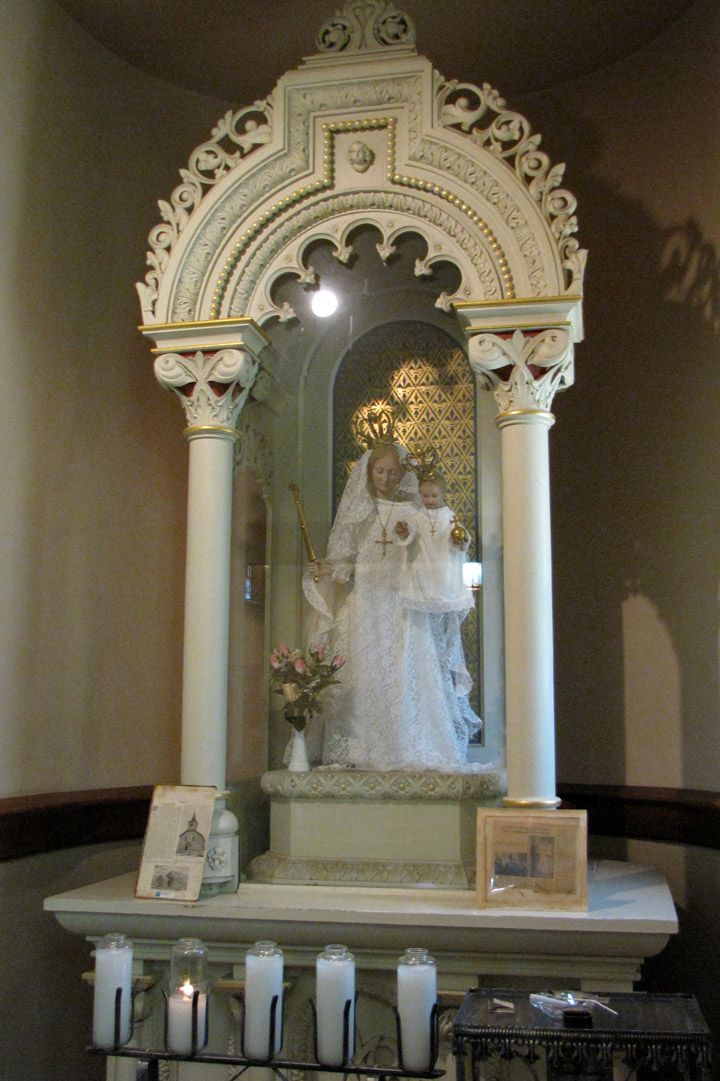 Our Lady of Luxembourg

The statue of Our Lady of Luxembourg, Consoler of the Afflicted, was brought to America from Luxembourg by Mrs. Anna Margaret Deppiesse and two of her three sons. Their ship departed Antwerp [Belgium] on July 3, 1849. The statue was carried in three parts, the top half, the bottom half and the hands and arms in a separate package. 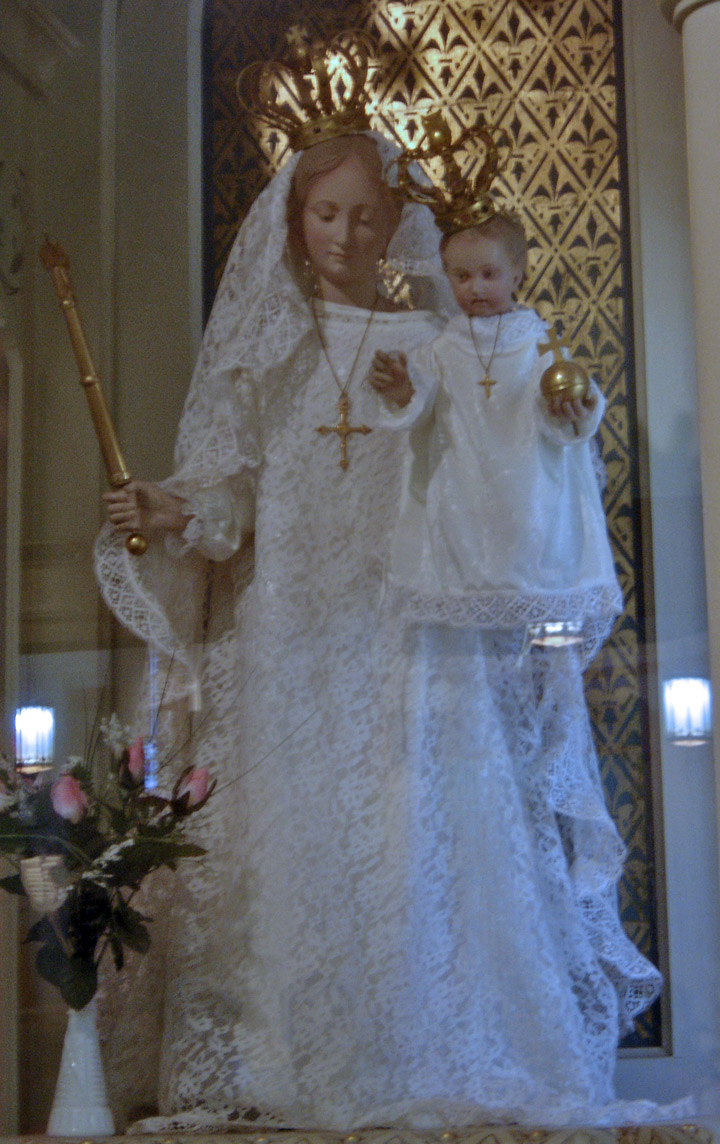 While at sea, a series of storms buffeted the ship. Passengers were told to jettison their possessions in an effort to lighten the load. Two other ships on the same voyage sank in the storm. Treasured possessions went overboard, but only the bottom half of the statue was thrown out. Before the captain said the ship was light enough to ride the storm, the devout Luxembourgers started praying, asking Mary, Consoler of the Afflicted, to intercede for them. After a 101-day trip, they reached New York safely.

Mrs. Deppiesse and her sons came directly to Dacada, where a new St. Nicholas log church had been built. Since there was no base for the statue, her sons cut a log which they built into a base. Mrs. Deppiesse saw the statue installed in the log church but died shortly after arriving in America.

For over 160 years, this statue of Our Lady of Luxembourg has graced the three church buildings of St. Nicholas Parish. It continues to be an incredible symbol of faith and a source of consolation for the descendants of the parish’s Luxembourg pioneers. 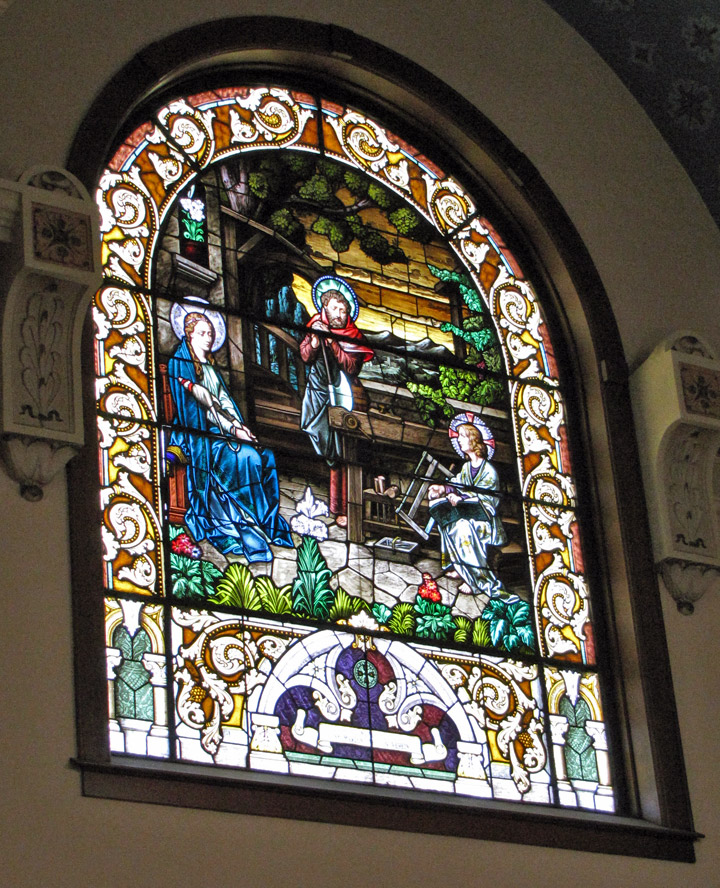 Located in front of St. Nicholas Church is an outdoor shrine which was built in 1973 in recognition of the parish’s 125th anniversary. A statue of St. Nicholas along with a mosaic of Luxembourg’s Red Lion coat of arms is housed in the shrine. The mosaic was a gift from Luxembourg’s bishop in commemoration of the parish’s 125th anniversary. Over the years, three bishops of Luxembourg have visited St. Nicholas Church, namely, Bishops Lommel and Hengen and Archbishop Fernand Frank in 2001.

The old St. Nicholas School, built in 1883, remains standing to the west of the church. The school was operated until 1969 and served as a museum for the Luxembourg Society of Wisconsin from 1991 until 1999. Today it stands empty.

Across the road from St. Nicholas Church is the parish cemetery – the resting place of numerous, hearty Luxembourg immigrants and their descendants. Another sign of the parish’s rich Luxembourg heritage are the three small chapels called “kapellen”. These chapels were used for benediction during traditional processions on the feast of Corpus Christi as was the custom back in Luxembourg. The chapels bear the Luxembourg surnames of the families who were responsible for their upkeep: Jungers Chapel, Feider & Huiras Chapel, and Laures Chapel.

In 1998, the parish of St. Nicholas was merged with neighboring parishes in the Random Lake area to form Our Lady of the Lakes Parish. A Saturday evening Mass of Anticipation is frequently celebrated in St. Nicholas Church. 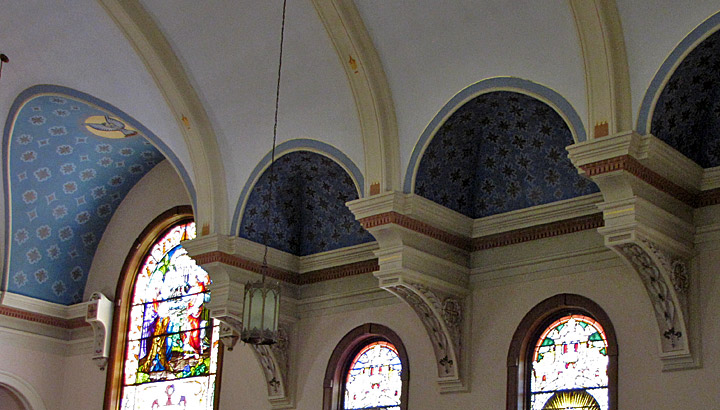 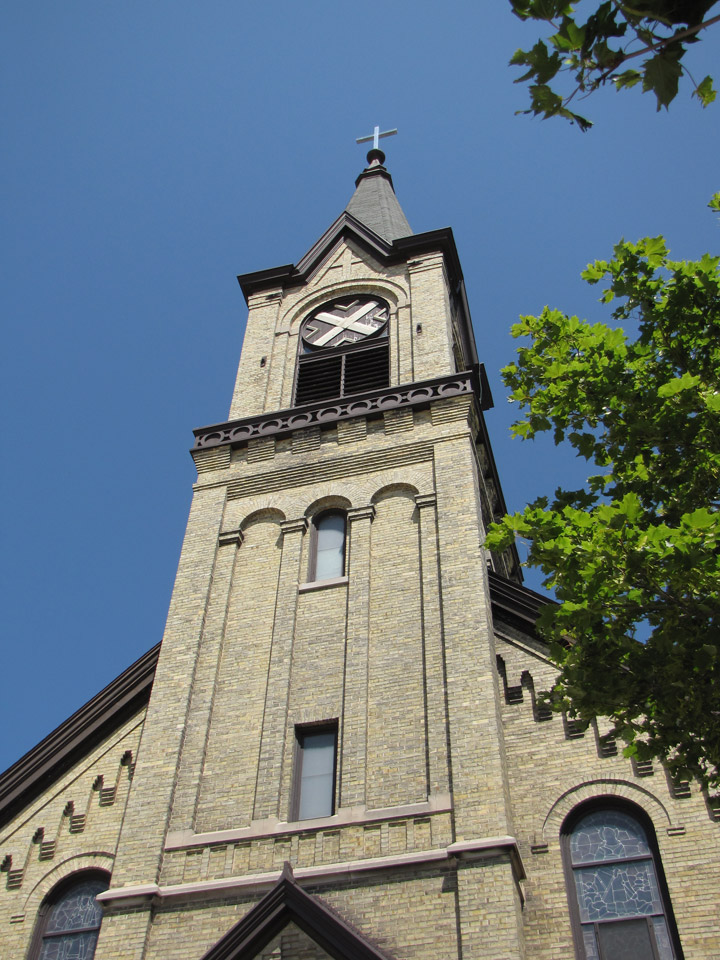 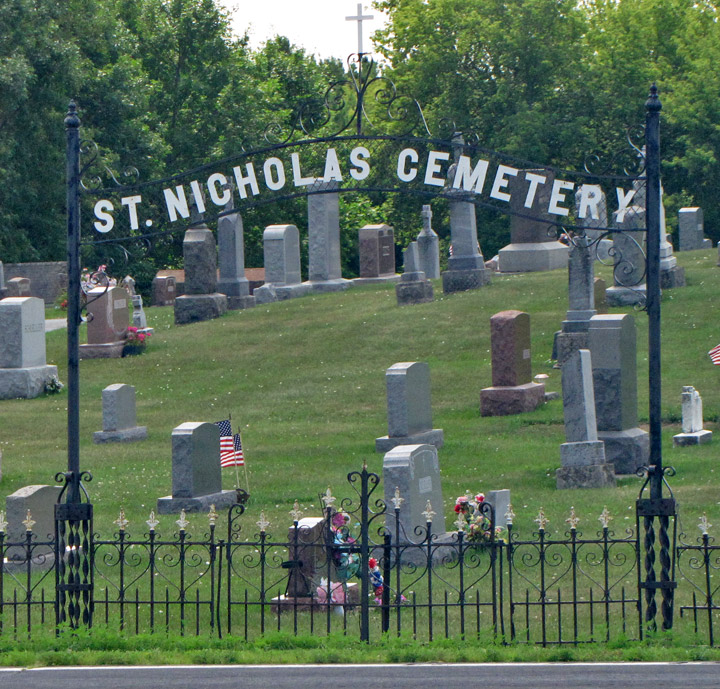 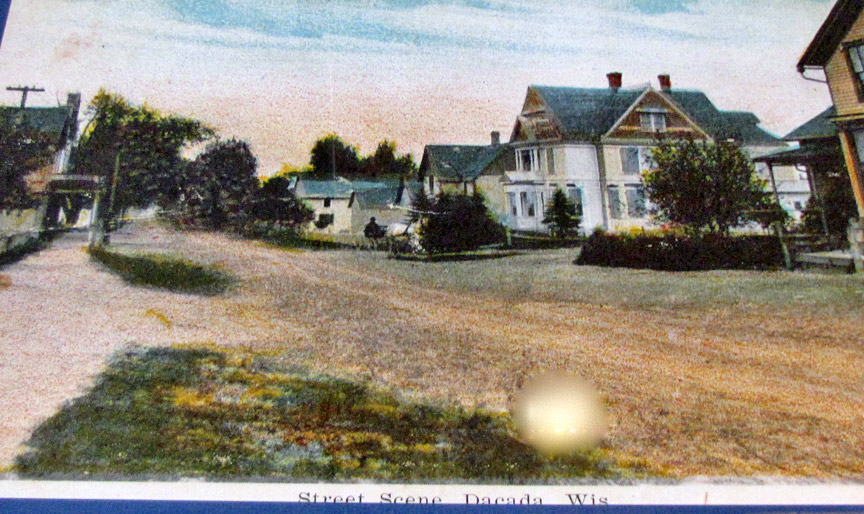